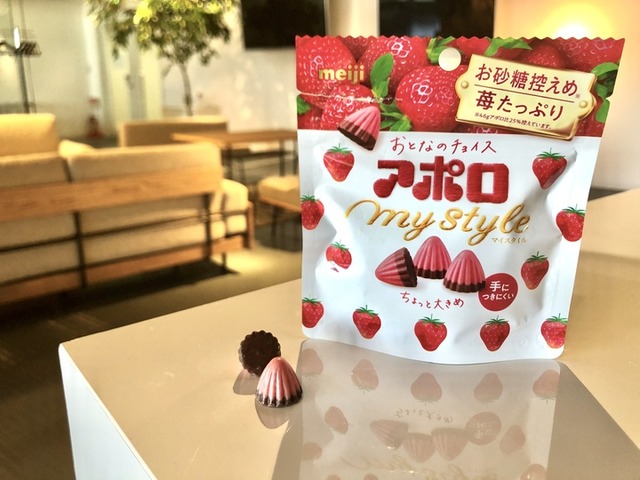 Meiji will launch a new product "Apollo My Style" for adults from the long-selling brand "Apollo", which celebrated its 50th anniversary, on Tuesday, February 4, 2020.

■ Chocolate specifications for a little adult

"Apollo My Style" is a chocolate for adults that combines milk chocolate with modest sweetness and rich strawberry cream. Compared to normal "Apollo", it cuts sugar by 25% and keeps the sweetness low, while the strawberry taste remains firm. It's a bit bigger and easier to pick up, and it's finished with a hard-to-reach coating, so it's perfect for eating between work and commute. In addition, the adoption of a pouch package with a chuck makes the product easy to carry around.

In addition, as a special project commemorating the 50th anniversary of the launch of Apollo Choco, "meiji Apollo x CLUB HARIE Bonbon," a collaboration product with the Western confectionery CLUB HARIE Chocolat Apollo Present Campaign ”will start on February 4 [Tuesday]. In this campaign, if you apply for a purchase receipt of "Apollo My Style" of 300 yen or more as a sip, 100 people will be drawn by lottery "Bonbon Chocolat Apollo" which can only be obtained at department store specialty shops. "Bonbon Chocolat Apollo" will be exhibited at "Salon du Chocolat Tokyo" which will be held from January 26 [Sun]. 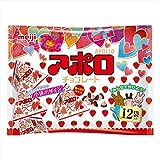 3 seconds to warm your body! LIGHTCITY, a smart temperature-adjusting futon that uses a new material that realizes about three times the calorific value of wool-Engadget Japan Version

The US Congress passed a plan to raise the smoking age of cigarettes and e-cigarettes to over 21 years old. Enforced in 2020-Engadget Japan edition