With the Nintendo Switch firmware update delivered today, finally (finally) a function that allows you to move downloaded game titles directly from the main storage to the SD card has been installed. It is likely that the need for this enhancement will increase the capacity of micro SD cards.

At the same time, the switch officially licensed micro SD card released by SanDisk in the United States has changed generations.
Moreover, the design of the card features the "(Super) Star" and "Super Mushroom" of the Mario series, and the "Hailal's coat of arms" of the Zelda series, giving it the appearance of a genuine Nintendo product. It is an item that you will want even with the picture alone. ▲ The exterior (blister package) at the time of sale also has a Mario and Link pattern (this is the same as the previous generation). The Nintendo official license that shines in the upper right

Direct sales prices in the US are $ 17.99 for the 64GB version, $ 32.99 for the 128GB version, and $ 52.99 for the 256GB version.
As emphasized in the US, these cards have not been released in Japan. However, even now, some shops sell parallel imports (details will be described later). Also, as I mentioned with the generation change, these cards are the second generation. The first version had only the Switch logo, but it was a plain and plain design. 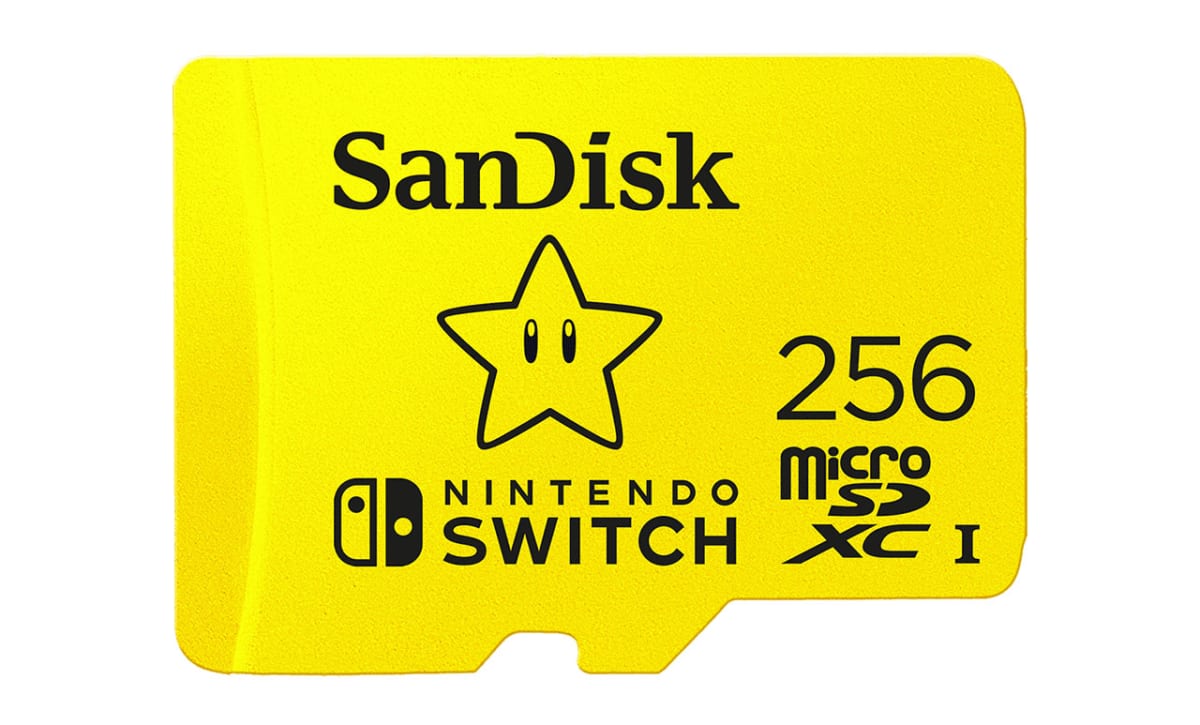 ▲ The 256GB version has a star-like yellow, a design that is full of invincibility. Maybe you can even fight against Docomo Hikari "Glowing Soba Man" (!?)

Although it is an important card design, it is a type that "the design is decided according to the capacity". The association is as follows.

"I'm more Zelda than Mario, but isn't there a Heraldic version at 256GB?" Is a pity at the moment. 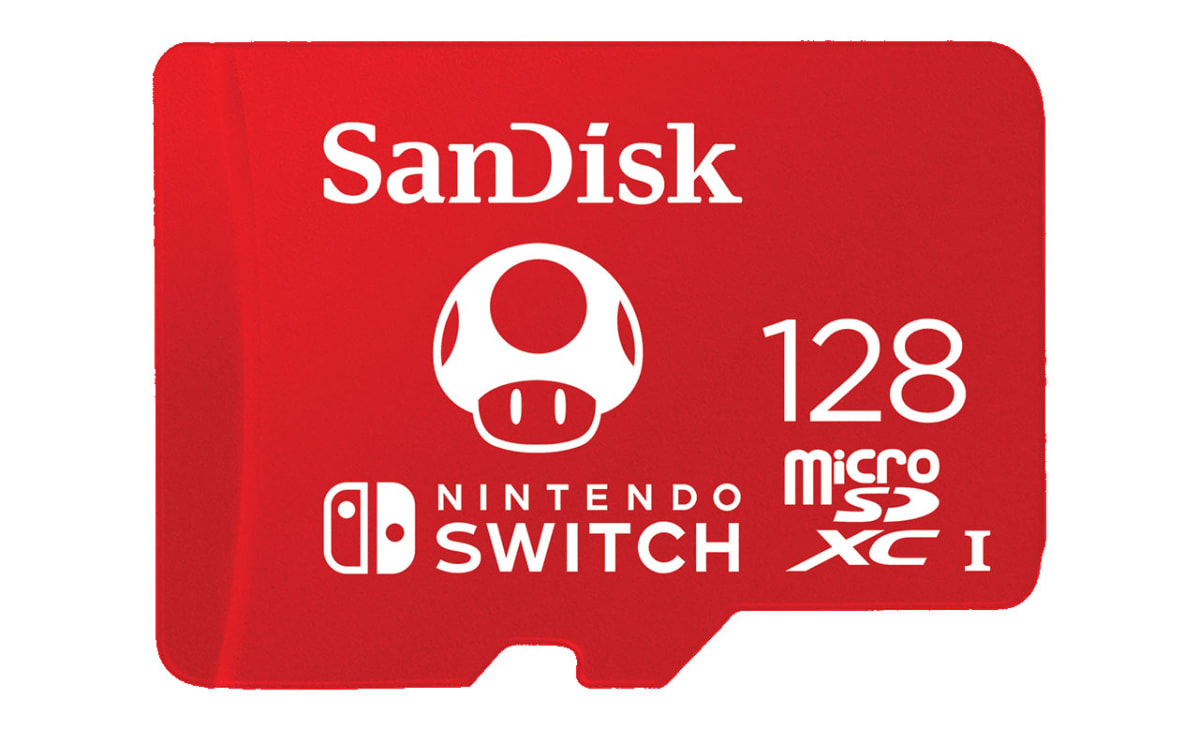 By the way, regarding the performance that seems to be secondary to such character licensed products, this is also a solid thing like SanDisk these days. For those who are familiar with it, it is the "current Ultra class".

Since the game data capacity of Switch is quite heavy, it is more important for some people to select the speed than the smartphone, but in terms of practical use it is a level that responds firmly to user needs and I am happy. 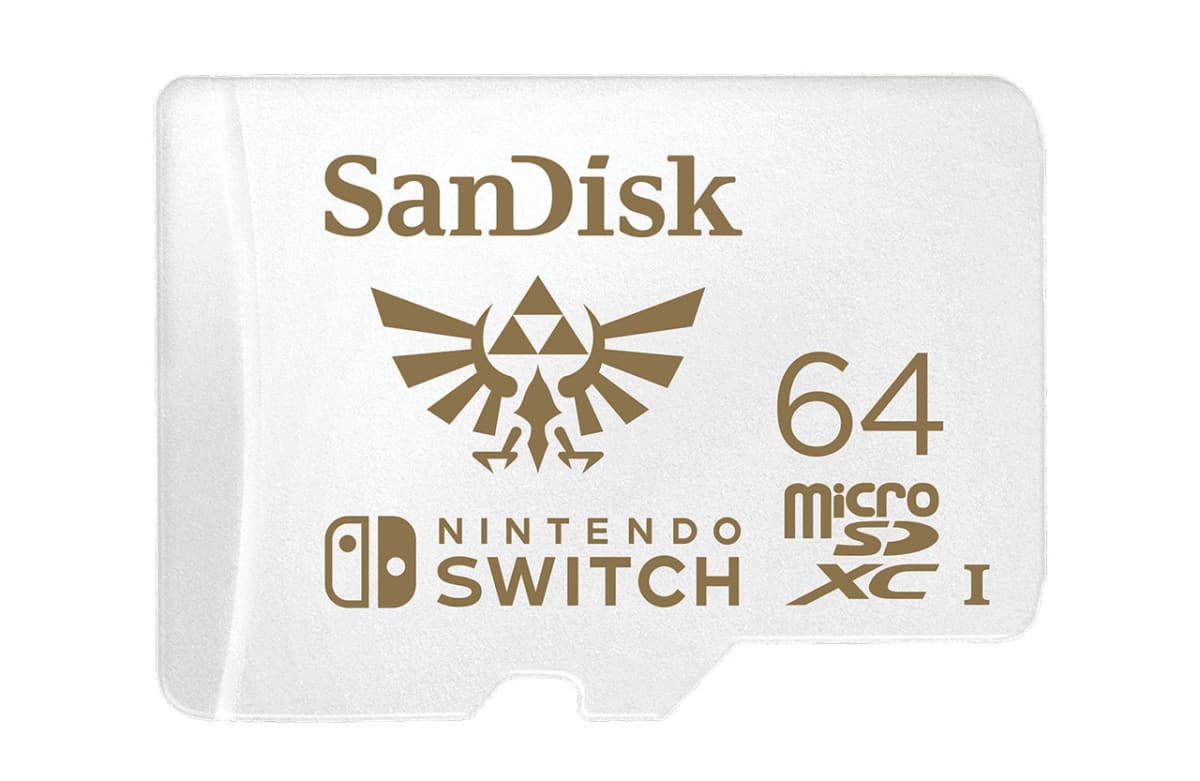 ▲ The 64GB version has a white Hailal coat and the only Zelda base design this time. The large-capacity version on Zelda is definitely … !!

Now, the parallel import product is sold at Akihabara's “PC Shop Ark”. If you're a heavy user of your own PC, I think it's a pinch, but the shop is a shop that actively buys RAM, flash memory, and gaming parts from all over the world. I am good at handling such items. ▲ This is the previous generation model. The Switch logo is included, but honestly there was not much "Nintendo related product feeling"

In this way, SanDisk's new version of Micro SD card for Switch not only strengthened its claim as a game goods (or character item), but also solid in terms of speed, and it is officially licensed by Nintendo Switch. It is safe to use in and has become a high-level product.
We enthusiastically request that it be officially released in Japan.

The 256GB version is also a hidden point, which is a bright yellow background, which is rare for a micro SD card.A typical micro SD card is a black background, so for those who experienced the trouble of “melting around and looking for it when dropped” (including the author),Colors that are easy to find even if droppedIt seems to be valuable in that respect. 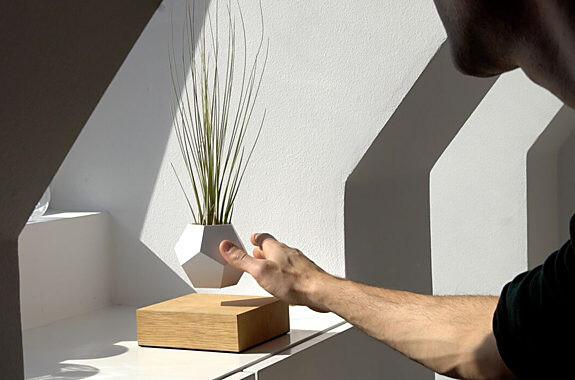