Finally, the 2020 Tokyo Olympics, which is less than six months old. While the attention of players from various countries is attracting attention, professional photographers who shoot them also have battles between manufacturers. Sony and mirrorless cameras have recently entered the sports news camera, which was the stronghold of Canon and Nikon SLRs. For camera enthusiasts, it is another highlight of the Tokyo Olympics.

Under such circumstances, Canon, which boasts the top market share in cameras, launched the new flagship machine "EOS-1D X Mark III" of digital SLR cameras on February 14. With the introduction of the EOS-1D X Mark III, the company aims to achieve 80% market share for the Tokyo Olympics. According to Canon, it was 69% at the Rio Olympics [2016] and 70% at the Rugby World Cup [2019].

Prior to the launch, an event was held on February 6 for stakeholders to experience the EOS-1D X Mark III. The hands-on event was held at Canon Sports Park [Machida, Tokyo], a training base for the rugby team "Canon Eagles". By using a single-lens reflex flagship model, I tried to find out how much amateurs without full-scale sports photography experience can rely on cameras to shoot!

Significance of SLR in the mirrorless era

The EOS-1D X Mark III is a digital single-lens reflex camera equipped with a 35mm full-size CMOS sensor, and is a high-performance model mainly used in the news and sports fields. The maximum shooting speed in viewfinder shooting is up to 16 fps, and AF tracking performance, which is important for sports shooting, has been improved. The estimated store price is around 880,000 yen including tax, and the price is quite large.

Nowadays, mirrorless cameras have become more widespread, and some people may recognize that SLR cameras are a thing of the past. Under these circumstances, Canon calls the EOS-1D X Mark III "EOS-1 Series Masterpiece. Ultimate Optical Viewfinder Camera" and shows confidence in the finish. However, as Canon itself has been focusing on the full-size mirrorless "EOS R" series, why do you release flagship machines with SLR instead of mirrorless?

According to Canon, the goodness of the EOS-1D series was that, in addition to pursuing AF performance when shooting through the viewfinder, it was also necessary to use a type that looked through the viewfinder when pursuing ease of use with a telephoto lens attached. . On the other hand, the performance of Live View shooting with the dual pixel CMOS AF has been improved to the same level as the mirrorless system, so the company said, “ The all-in-one camera with the mirrorless performance added to the goodness of the SLR camera It has become a camera. "

The body is overwhelmingly large compared to a mirrorless camera that can be made smaller and lighter, but considering the battery life and durability, this shape is the best. It seems that commercializing with a single-lens reflex camera was decided at an early stage.

"In the case of EVF, when shooting fast-moving objects, there is a slight delay or blur in the display. In that respect, the optical viewfinder has no such disadvantages, and It's important that the shutter is released at the timing of. The optical viewfinder is also less likely to cause eye fatigue when looking through the telephoto lens for a long time. "

EOS-1D X Mark III is not only focused on AF performance. In terms of image quality, image sensors, low-pass filters, image processing engines, etc. have been newly developed to improve image quality. The effective pixel count is 20.1 million pixels, which is the same as the previous model, but the wide pixel pitch increases the high-sensitivity image quality.

In this shoot, a fast-moving player is chased by a super telephoto lens, so it is necessary to release a high-speed shutter such as 1/2000 sec to 1/2500 sec. In addition, the shooting time was around sunset, so the shooting was not enough light. As a result, the sensitivity went up to about ISO 40000 when the sensitivity was high, but the image quality was sufficiently beautiful for sports photography.

I have little experience in sports photography, so this time I set the EOS-1D X Mark III as close to the camera as possible and tried to see how much I could shoot.

The AF mode is set to "AI Servo AF" [continuous AF], and the AF area is automatically searched for and focused on using "automatic selection AF". Face detection and head detection can now be performed with the viewfinder AF, so this "person priority" is also set to ON. Unlike head detection, head detection has the advantage of being able to focus even when the face is hidden.

Subject tracking characteristics are set to the new “Case A [Auto]”. It automatically determines the transfer characteristics of the subject according to the movement of the subject. By the way, until now there were 1 to 6 cases, but since there were many voices saying "I do not know which is better", it was said that the number was reduced to Cases 1 to 4, and a well-balanced Auto was added.

Because it is a sport, the shooting mode is Tv [shutter priority AE] 1/2000-1/2500 seconds, and the sensitivity and white balance are set to auto. The drive mode is set for high-speed continuous shooting at a maximum of 16 frames / sec. If you follow the subject while pressing the shutter button, the camera will do the rest.

The lens used this time was a super-telephoto zoom lens "EF200-400mm F4L IS USM Extender 1.4x" [actual sales price includes tax at 1.28 million yen + 10% point]. This is a high-performance lens with a focal length equivalent to 560mm when using an extender. I felt that the zoom range was wide and the angle of view could be adjusted according to the movement of the players, making it easy to use.

The newly installed smart controller was easy to use

Despite the practice scene, the athletes made the fast movements unique to rugby, so the writer who did not usually use such a super telephoto lens was finally able to chase. However, if I could put the players in the frame, I was able to take photos that were in focus in many cuts.

Most of the settings are handled automatically by the camera, allowing the photographer to focus on the player's movement and framing. This point was truly the latest camera.

When moving the AF frame arbitrarily, the newly equipped “smart controller” was very convenient. It is also used as the AF start button at the thumb position of the right hand, and the distance measurement point moves when you slide the button lightly with your finger. We were able to move even while wearing gloves for smartphones.

The author, who realized the awesomeness of AF when shooting through the viewfinder, then tried shooting in Live View. The settings are almost the same as for the viewfinder shooting, but in live view, we used face recognition and pupil detection, so we used them. Because the players were far away, I couldn't easily catch my eyes, but the face detection was solid.

Again, there was no problem with focusing, but after all it was quite difficult to follow moving objects with the rear LCD monitor, and I felt that it was necessary to get used to it. Also, I was worried that the monitor was a little difficult to see because the shooting location was under the setting sun. In this respect, I felt that the viewfinder was easier to use.

Packed with other advanced features

The EOS-1D X Mark III, which has excellent performance for shooting moving subjects, is also equipped with advanced features as a next-generation camera.

For example, a PQ HDR image can be recorded in HEIF format. We have not tried it this time, but if you display it on an HDR-compatible display, you can see realistic photos with a wider color gamut. You can also create HDR-like JPEG images from HEIF images.

The recording media is also equipped with a new generation of high-speed media "CFexpress Memory Card" in dual slots. RAW + JPEG large shooting is possible with over 1,000 images. This time, we shot only with JPEG recording, but there was no drop in continuous shooting speed.

For movie shooting, RAW recording for the first time in the company's still camera is supported. RAW videos with much higher degrees of freedom, such as color adjustment, are being worked on by various companies, and this is one of the features that will attract attention in the future.

Speaking of a flagship machine, ordinary photograph fans may not be very familiar, but some of the new features developed for the EOS-1D X Mark III will eventually be installed on consumer models. Will come. With that in mind, it will be interesting to imagine future developments. And I can't imagine how the photographer seats of the upcoming 2020 Tokyo Olympics will look like. 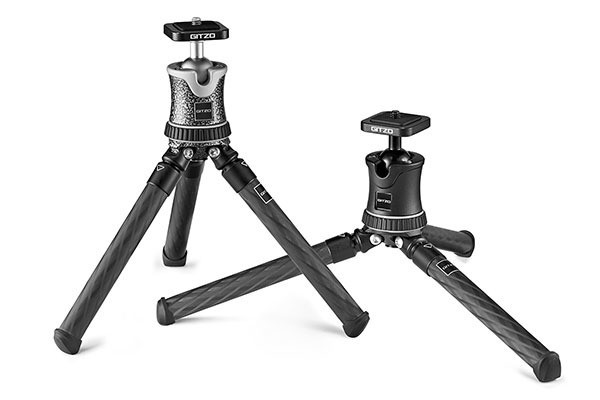 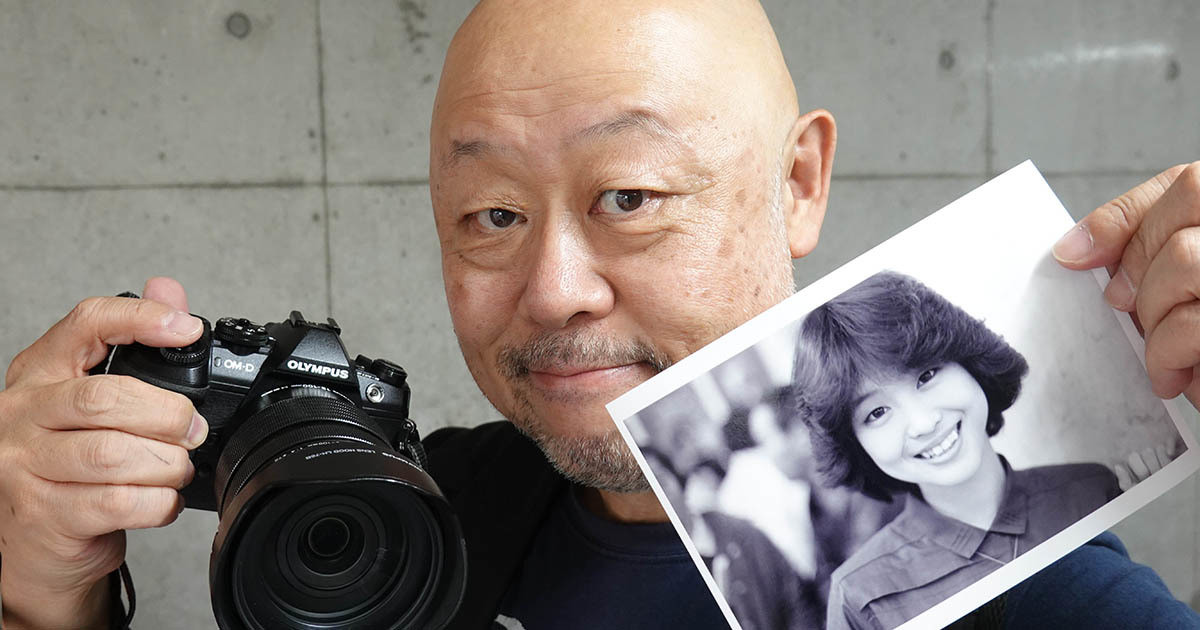 Guambare Olympus! My photo life changed by OM and Seiko 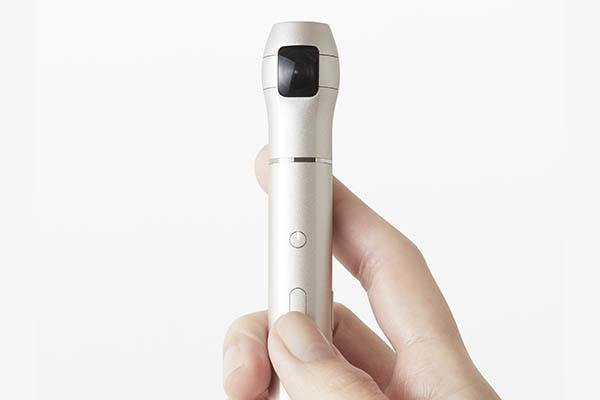 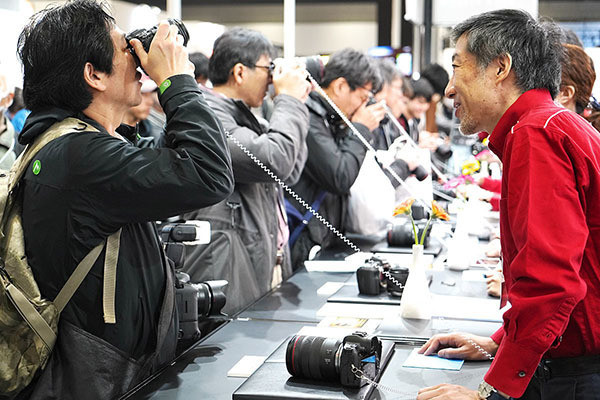 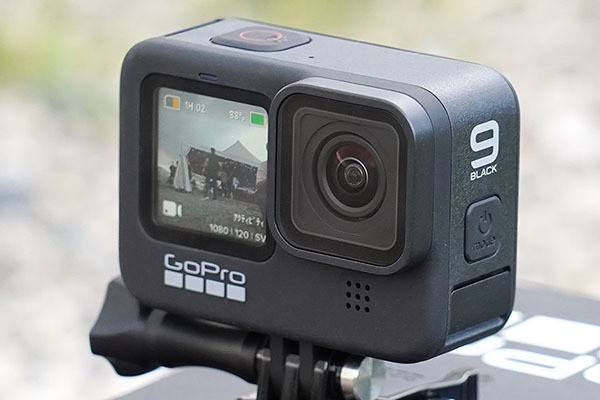