A horse that ran a youth called a race
Watanabe entered the race in 1976. At that time, Nissan's work activities had already ceased, many privateers were switching from GT-Rs, and vehicles and parts were being distributed to the market at exceptional prices.

Mr. Watanabe, who had a strong desire to enter and exit the sports corner through the purchase of a GT-R and participate in the race, reported in a motor sports magazine at the time that the Savanna won a radial tire on a rainy day in Atsumoto Circuit in Yamaguchi Prefecture [currently -Mazda MINE test course] caught my eyes and decided, "I can't win in Fuji or Suzuka, where rogues gather, but I could win here."

Immediately purchased four racing machines and two spare engines. He brought them to his grandfather's villa [now the base of GT-R service Watanabe] and started participating in the war.

Race activity is about 2 years. GT-R service, such as training mechanics in the sports corner for three months because he was unable to win, but was told that the mechanic could not be dispatched halfway through the real pleasure as a racer and the importance of dialogue with the car It was an important time to lay the foundation for Watanabe.

The four racing machines included a lightweight semi-works machine owned by Atami Fujiya Hotel, but the existing body is a privateer body. Two were scrapped in a crash and one was dismantled and parts were removed.

On October 9, 1972, the No. 15 car driven by Motoharu Kurosawa in the fourth round of the Fuji GC Masters 250㎞ at the final round of Nissan Works became the coloring motif.

The exhaust manifold for works is unequal length, but it is adjusted by changing the pipe diameter. The aluminum side exhaust muffler is also processed under the floor at the part protruding to the body side, and the shape becomes an oval shape.

According to Mr. Watanabe before his life, he mentioned the S20 type unit that was installed on the machine of Kurosawa who ran the final race of Works. The oil catch tank visible at the bottom right leaves a feature!

The final works specification was originally Lucas mechanical injection, but was replaced with Weber 45DCOE because it was difficult to adjust.

The oil cooler is one size smaller than the works specification. Jack-up marks remain under the left and right stays. The Teflon hose was at the time.

Only in the world's best car museum! │Free delivery of lessons for closed children

The inline 4-cylinder OHV BMC / B type unit is marked with 95 ps in combination with the SU twin cab. 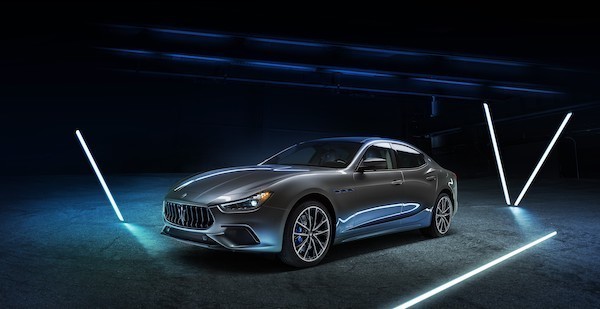