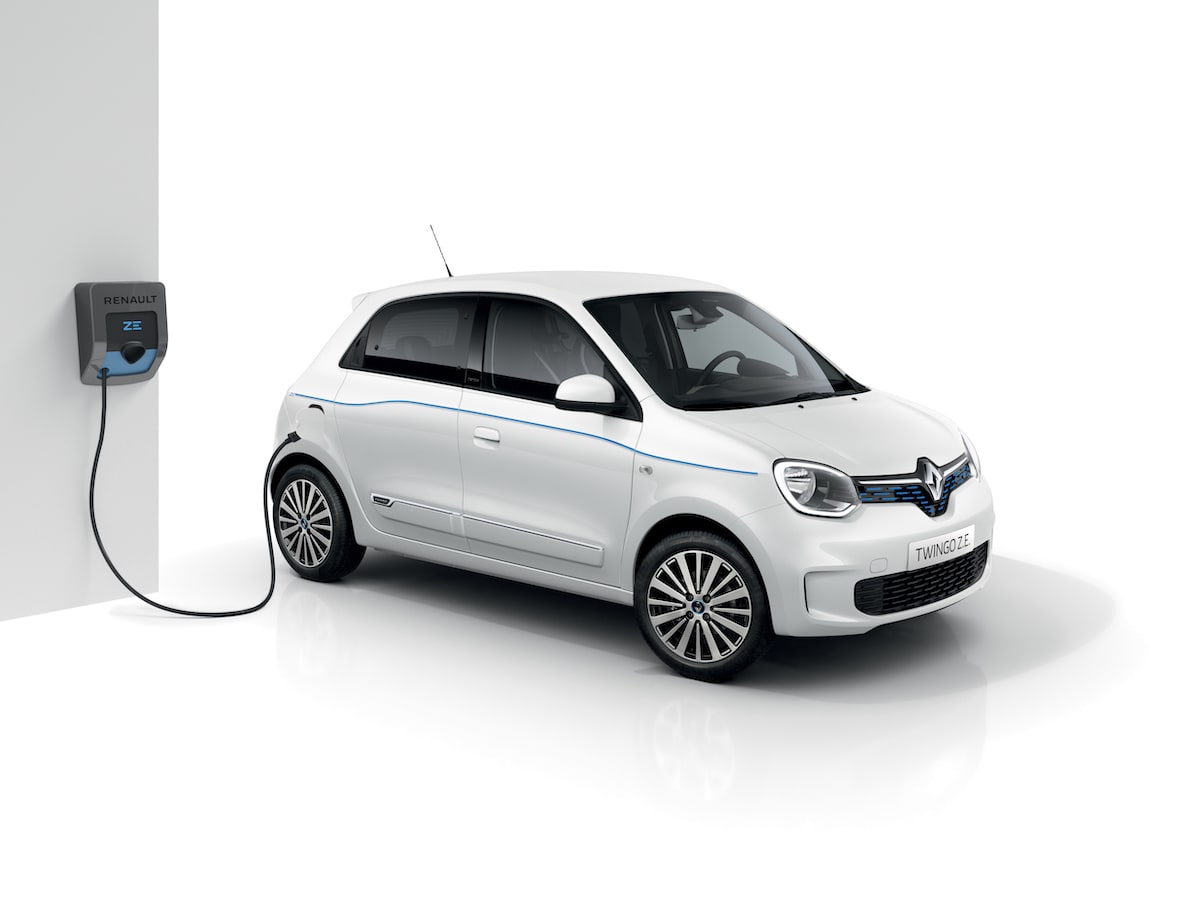 French car manufacturerRenaultHas announced the Twingo Z.E., an electric vehicle version of the Twingo. Twingo is a four-door, four-seater compact car that is slightly larger than a mini car in Japan. The current model, the third generation, has become a co-developed vehicle with Daimler's Smart in Germany. In Japan, it is sold at a relatively reasonable price as an imported car from 1.79 million yen, so you can see the power of Renault Japon. There will be many opportunities to see them on TV commercials. 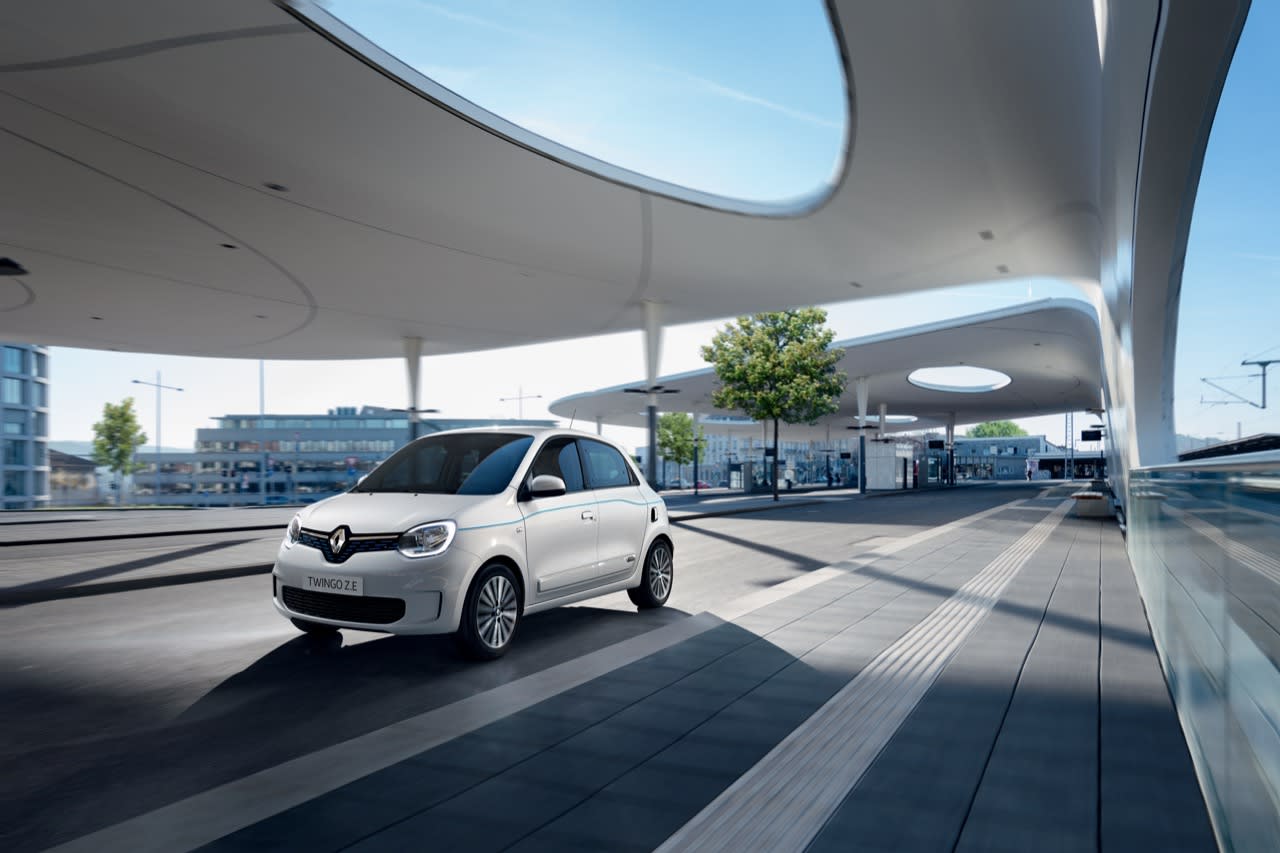 The current model, which was jointly developed with Daimler, was designed for electric vehicles from the beginning. The Smart For Four, a brother car sharing a platform, will not only have an EV specification already available from 2016, but will also stop installing Renault gasoline engines from 2020 and become an all-electric EV Declaration. At the 2019 Tokyo Motor Show, the latest model "Smart EQ For Four" [pictured below], which has undergone a minor change, was exhibited, and the company is eager to sell in the Japanese market. 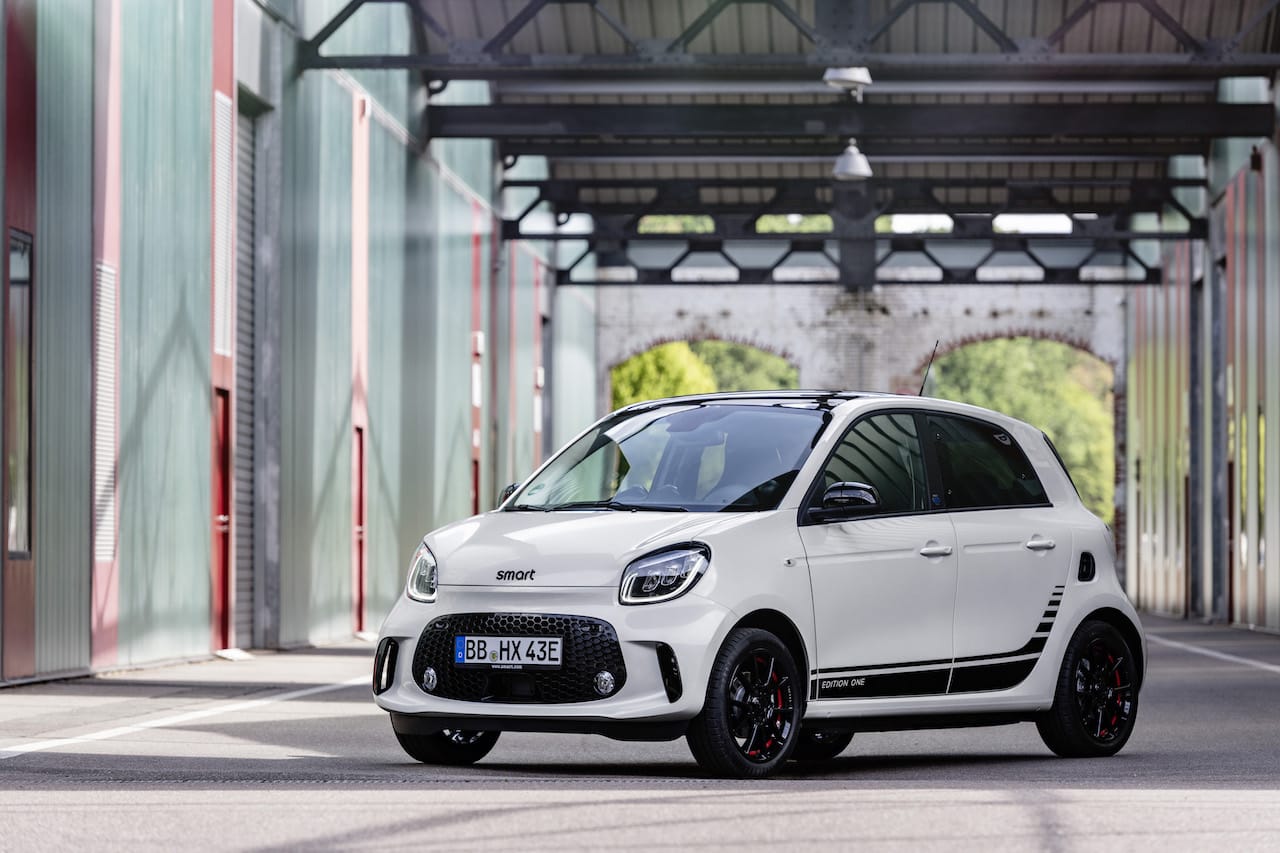 Although Twingo Z.E. came out much later than smart, it's not that Renault is less familiar with electric vehicles. Beginning with the Zoe, a 5-seater hatchback EV larger than Twingo, the EV version of the Kangoo, a commercial van with a large luggage space and many fans in Japan, and the Twizy ultra-compact EV And six models of EVs, including models for the Chinese and Korean markets. In addition to this, Twingo's Z.E., which boasts the fourth largest sales in the city car class in Europe [the top class in France], will be added.

By the way, Renault names its EV specifications such as Twingo, Kangoo, Master etc. that are sold together with vehicles equipped with an internal combustion engine "Z.E." Of course, this is an acronym for "zero emissions [no emissions]." 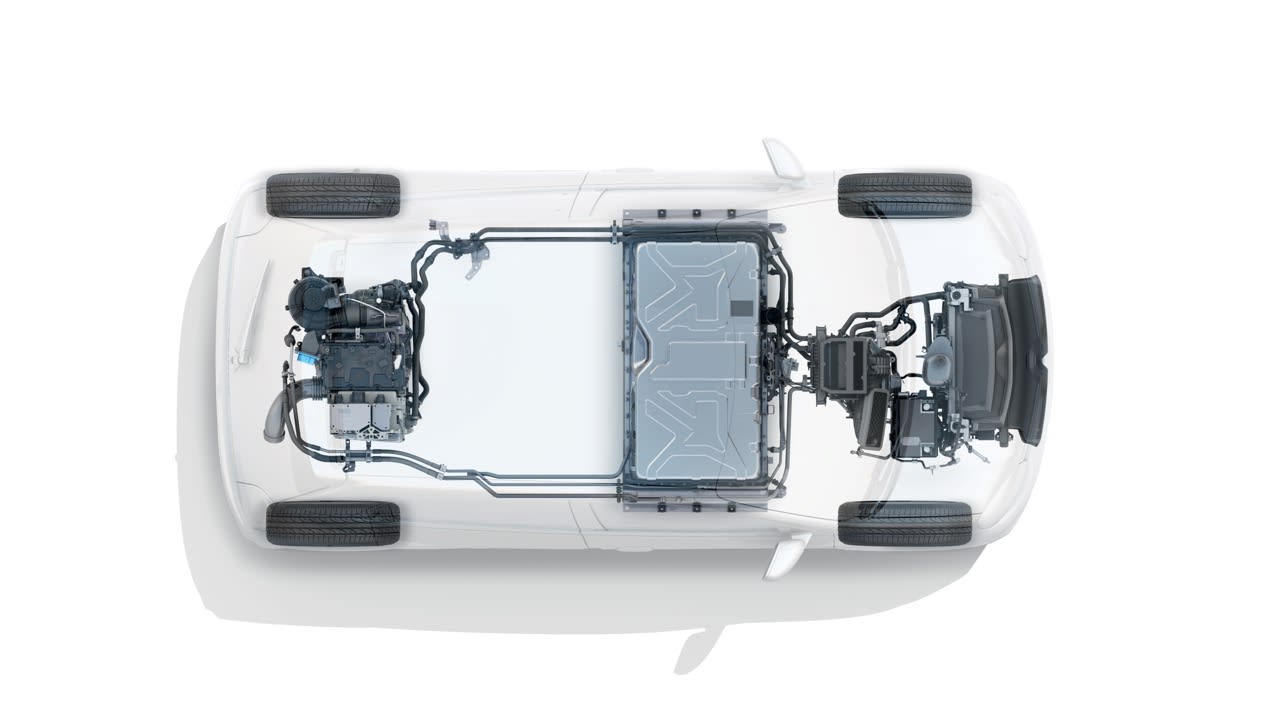 Twingo Z.E., like the Smart EQ For Four, replaces the gasoline engine with a single electric motor mounted on the rear of the vehicle to drive the rear wheels. The maximum output of 60kW [82ps] and the maximum torque of 160Nm are the same as smart motors.

What sets Twingo Z.E. apart from the Smart EQ is the battery, one of the most important components of the EV. While the capacity of Lithium-ion batteries manufactured by Accumutiv GmbH, a subsidiary of Daimler, used by Smart is 17.6kWh, Renault uses batteries manufactured by LG Chem, a joint research partner in Korea. Its capacity is 21.3kWh, which exceeds that of Smart.

The cruising range on a single charge is 180km in Twingo Z.E. in WLTP mode, but only 153km in Smart EQ for Four in NEDC mode. In WLTP mode, you can open the gap a little more. The maximum speed at which the limiter operates is 135 km for Twingo Z.E. and 130 km for Smart EQ For Four, which is also slightly different. 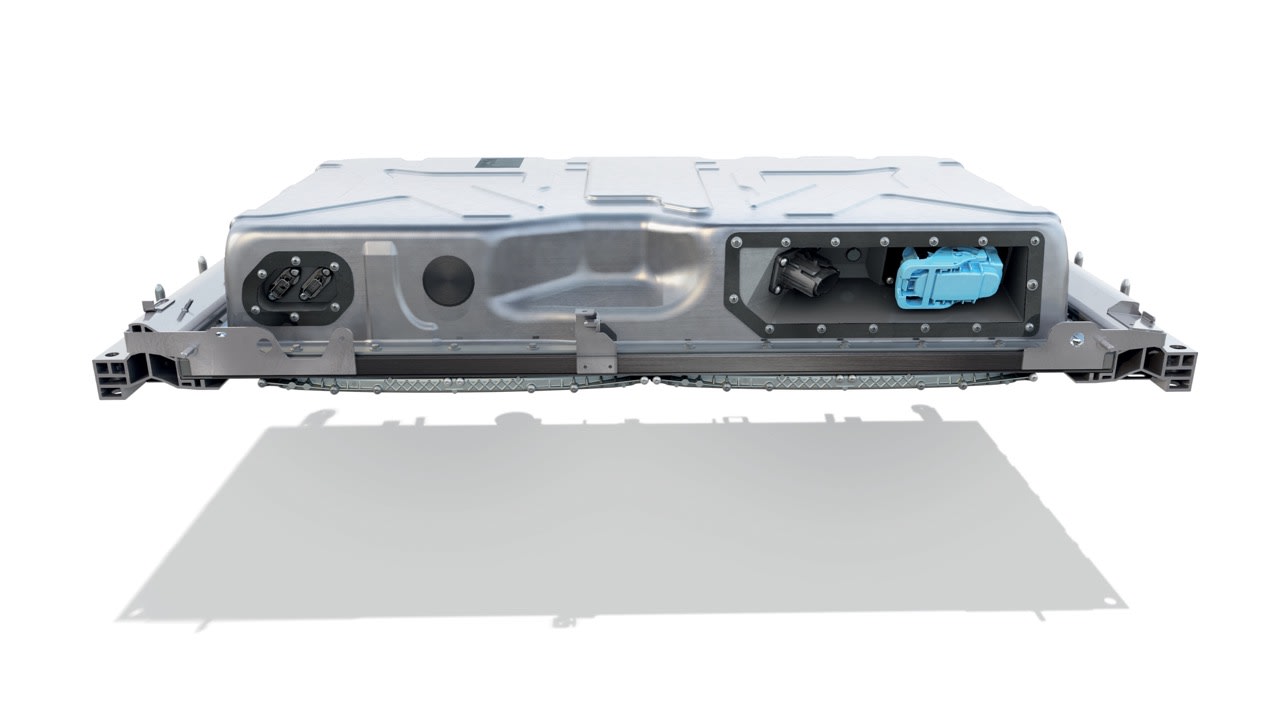 According to Renault, pressing the button on the center console of the Twingo ZE and switching the drive mode to "Eco", instead of limiting the acceleration and maximum speed, will reduce the distance of about 215 km [mixing city and highway] It is said that it is possible to run. However, in winter, the range of the WLTP mode is reduced to 110km, so be careful when driving on a cold day. 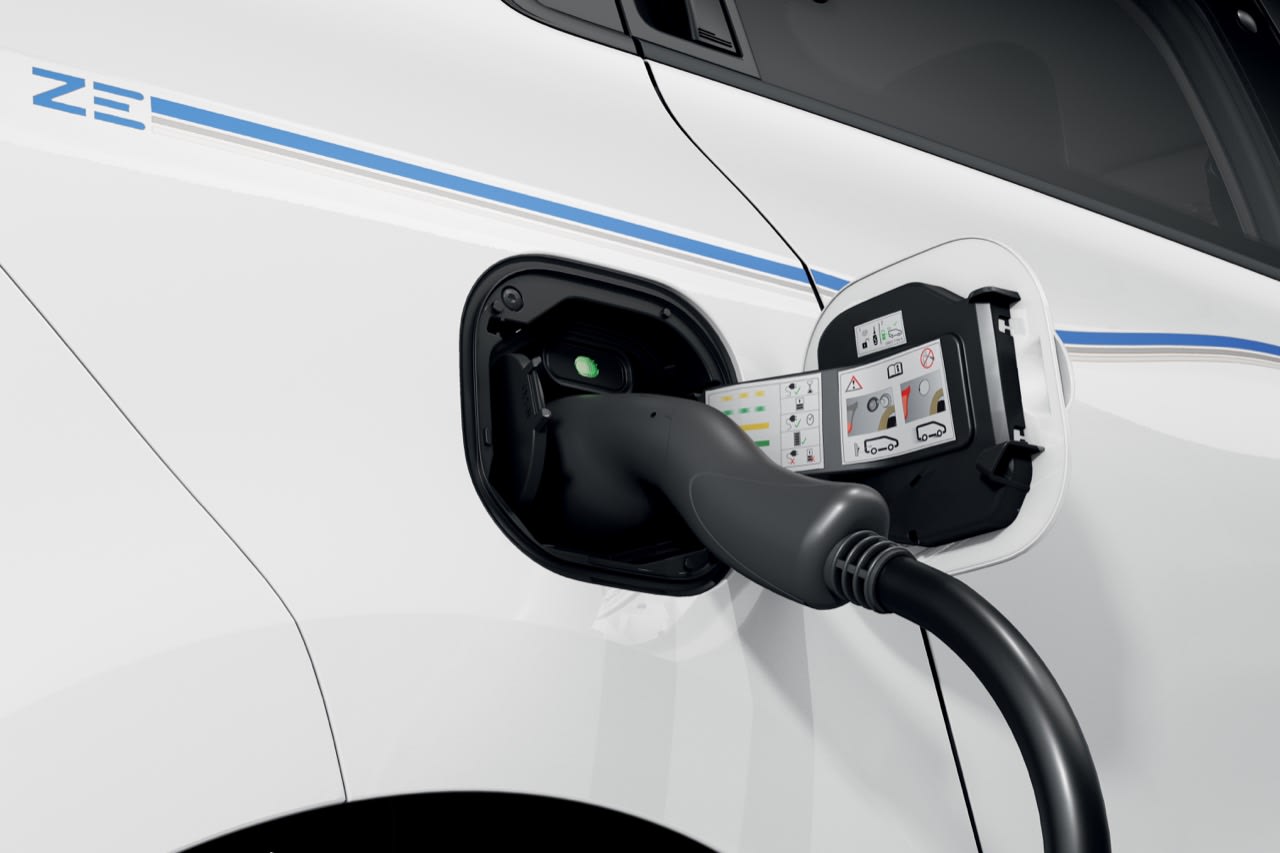 Like the existing EVs, Renault also has Twingo Z.E. as standard equipment with a charging function that supports various types of power called "chameleon charger". If you charge quickly with a very common AC of 22 kW, you can run a distance of 80 km in 30 minutes. 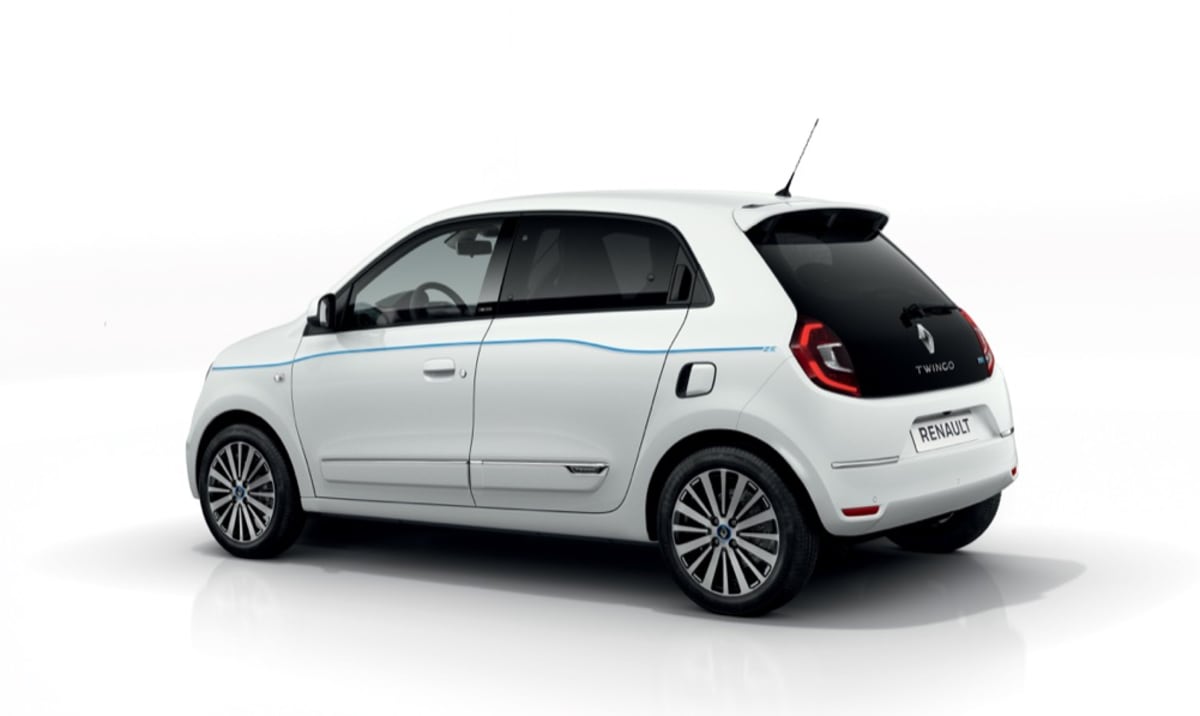 In addition, Renault has adopted the first water-cooled version of its EV for Twingo Z.E.'s battery cooling system. Renault Zoe,Nissan LeafAlthough the battery is air-cooled, conventional Tesla vehicles and Honda's new EV to be released “Honda eIs water-cooled. The water-cooled type is expensive and requires periodic replacement of the coolant. However, the enhanced temperature control of the battery has the advantage of stabilizing performance and suppressing deterioration. Nissan,Next EV platformHas been rumored to employ water cooling. 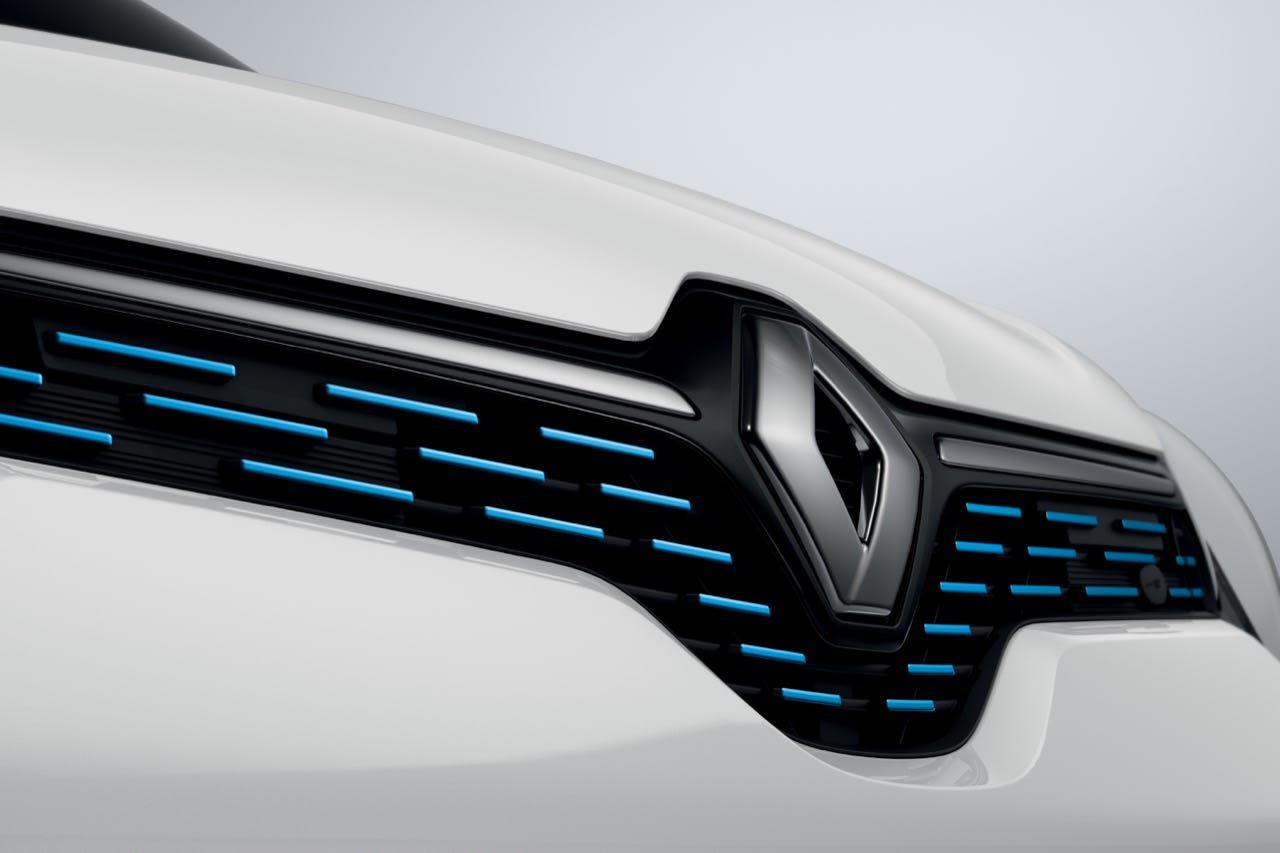 The appearance of Twingo Z.E. is almost the same as the model with internal combustion engine. The color of "Electric Blue" will enter the body side and front grille, and the "Z.E. Electric" badge will be attached to each part. The filler port on the left rear is the charging port as it is.

In the interior, instead of the manual mode of the shift lever, there is a "B mode" that can change the strength of the regenerative brake to three levels. The LCD panel in front of the driver displays the remaining battery power and the possible driving distance. 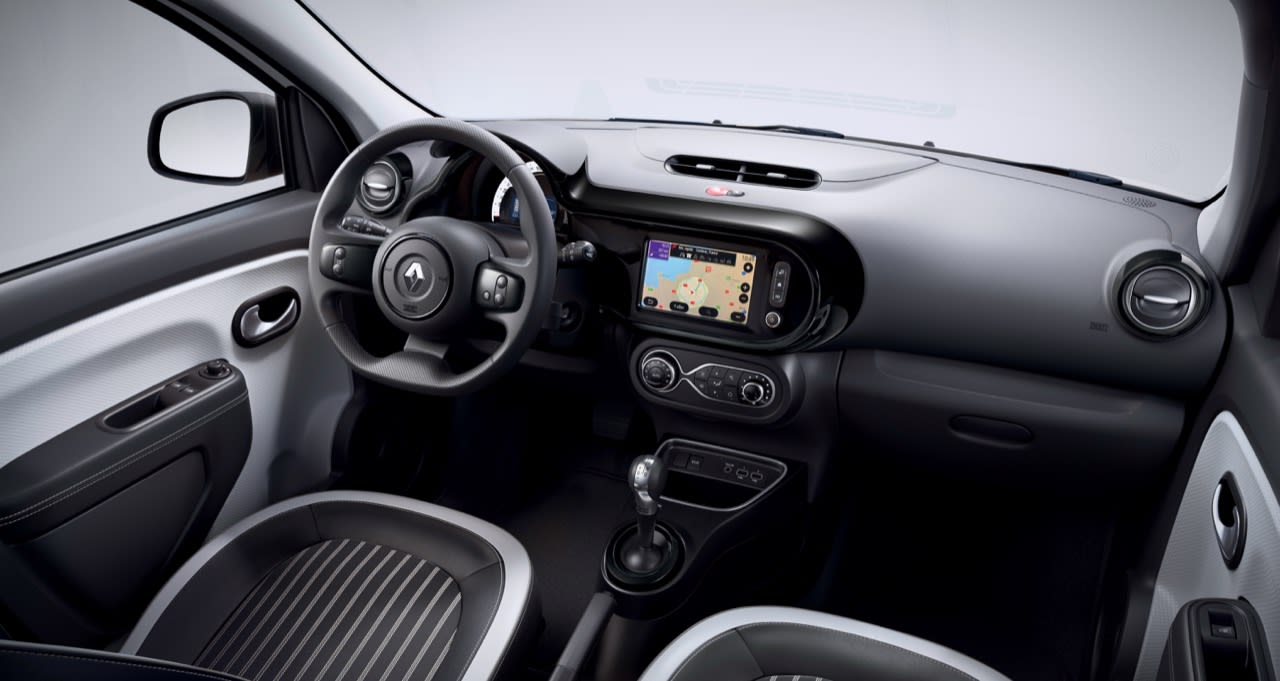 In addition, as a function unique to EVs without engine noise, a "Z.E. Voice" system that emits an electronic sound so that pedestrians can notice vehicles approaching at low speed is equipped. The driver can select from three types of sounds. It turns off automatically when the driving speed exceeds 30 km / h. 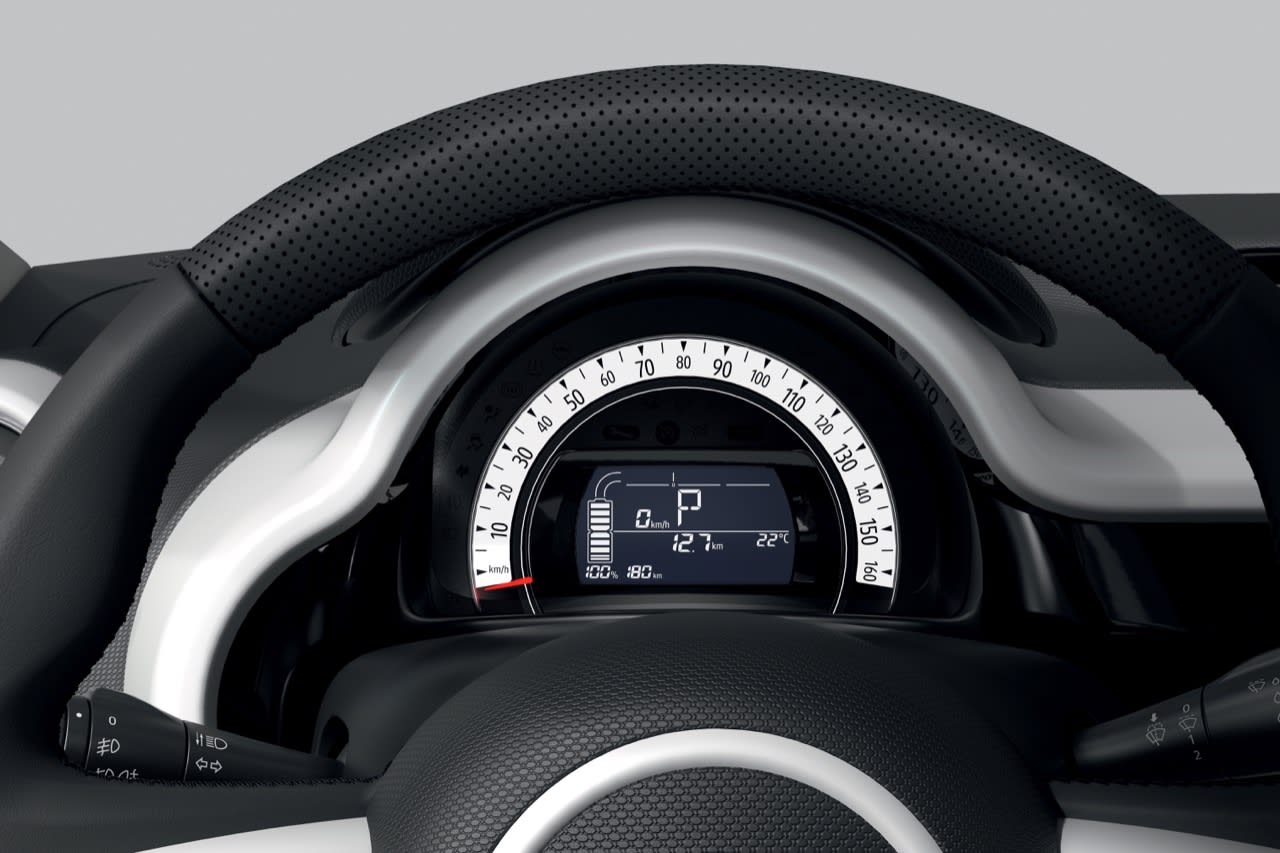 By using the dedicated smartphone app, you can operate the air conditioner and adjust the temperature inside the car while the Twingo Z.E. is connected to the charger before riding. If you try to cool or warm the inside of the car rapidly after you start running, it will consume a lot of power from the onboard battery.

Twingo Z.E. is produced at the Novo Mesto plant in Slovenia, along with Twingo, which carries an internal combustion engine. The actual vehicle will be released on March 3 at the Geneva Motor Show. The price will then be revealed. 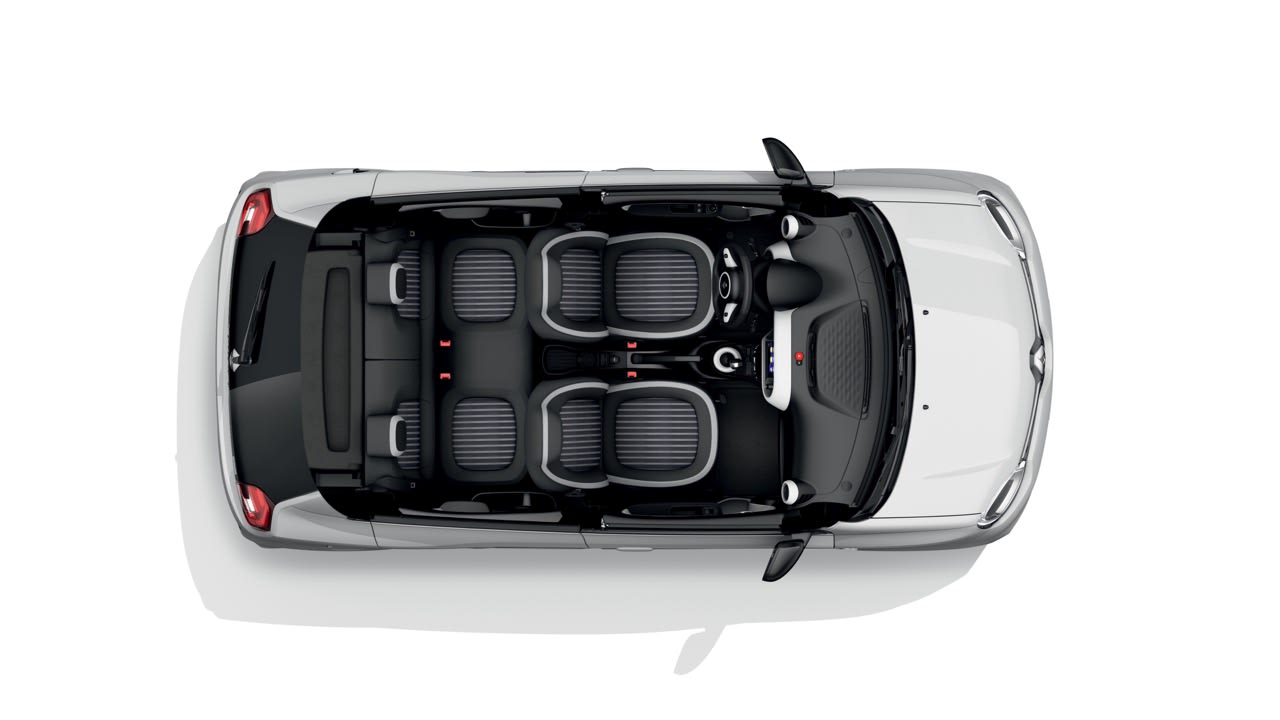 Despite being well announced, Twingo Z.E. may not be as interesting as the Honda e, which has an LCD panel on almost the entire dashboard. With the Nissan Leaf, five people can ride and continue running farther. However, if we can make use of the strength of the internal combustion engine car base and make it easier to obtain prices, it is enough for people seeking EVs for city riding and commuting to be accepted as “ this is fine '' It is possible.

By the way, the Twin EQ ZE is a smarter car with less battery capacity than the Twingo Z.E., and is priced at around 2.7 million yen in Europe. I would like to look forward to Renault Japon's decision to expand sales in the Japanese market. 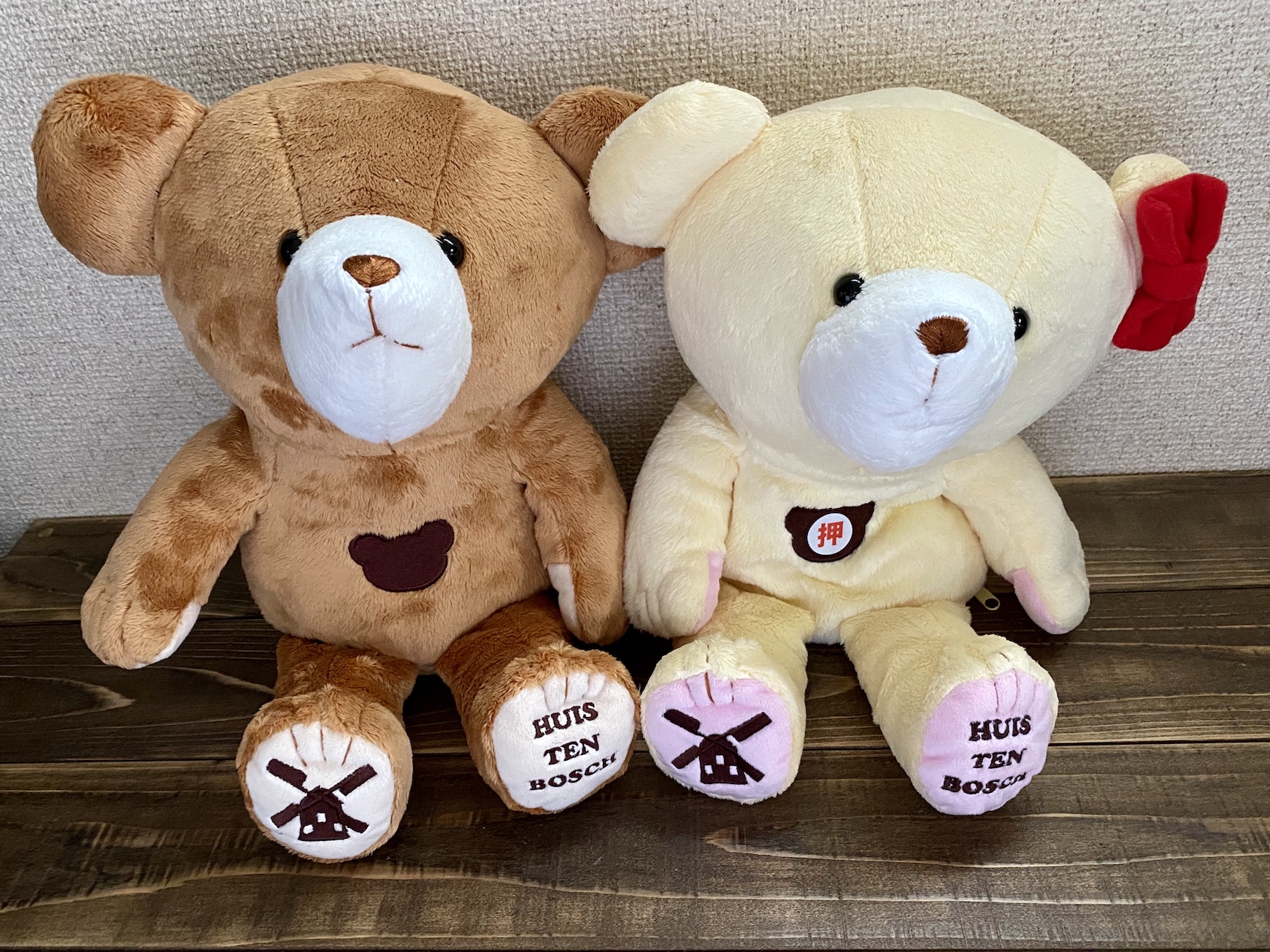 TELLBO, a plush toy robot that allows you to go home remotely-Engadget Japan 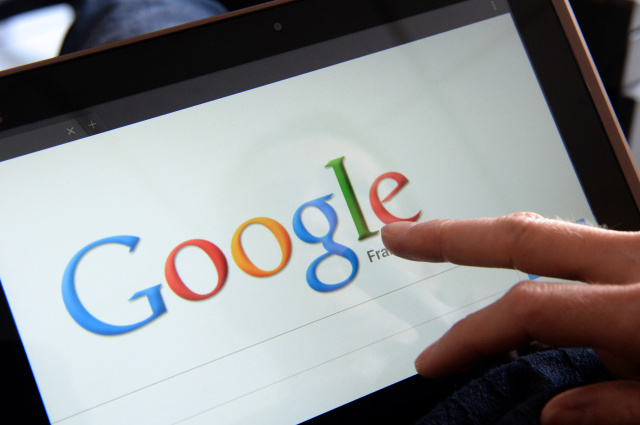 Google, search text can be highlighted even on linked sites-Engadget Japan version 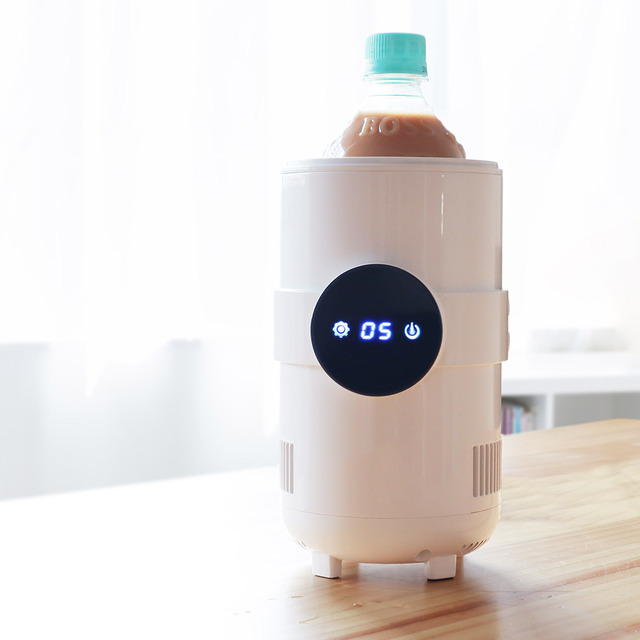 Supports both cold and heat retention! Maintain the temperature of the drink for a long time! "Hot and cold drink capsules" that can be used on the desktop hot and cold holder desk for one