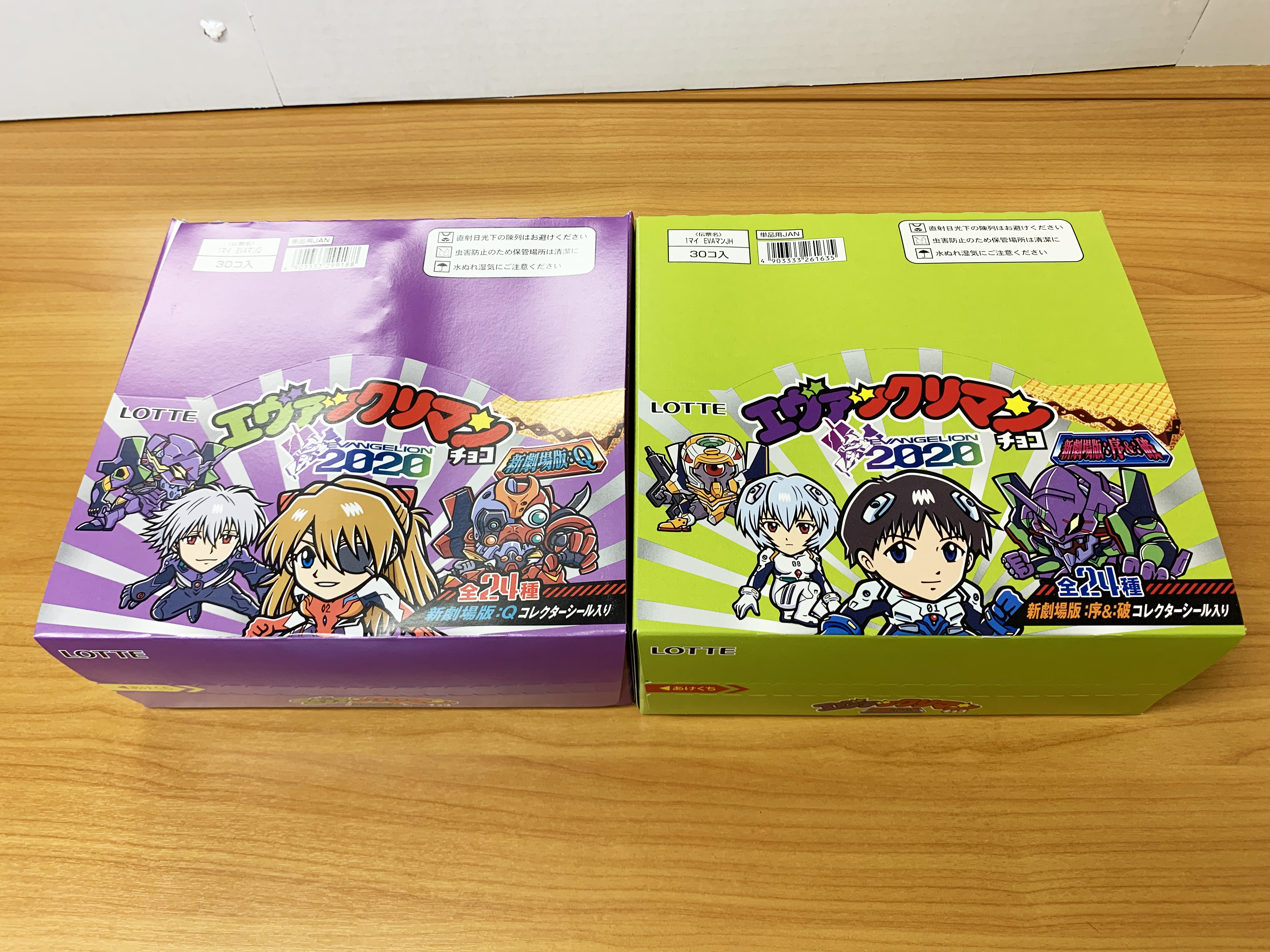 In 1996, when Evangelion was called a social phenomenon, I [Nakazawa] was 14 years old. In other words, the TV series direct hit generation. When I was in the lower grades of elementary school, there was another social phenomenon.I'm surprised..

A product "Evac Rimman Chocolate", a collaboration between Evangelion and Bikkuriman, was released on June 23. Some people may have already seen it at convenience stores, but this collaboration is really hot for me too! ‥Let's take a look at the contents!!

・Contents are different between East and West

However, as I looked at the news release of Lotte, as of June 24, "Evac Rimman Chocolate"It seems that different products are sold in East Japan and West Japan.. 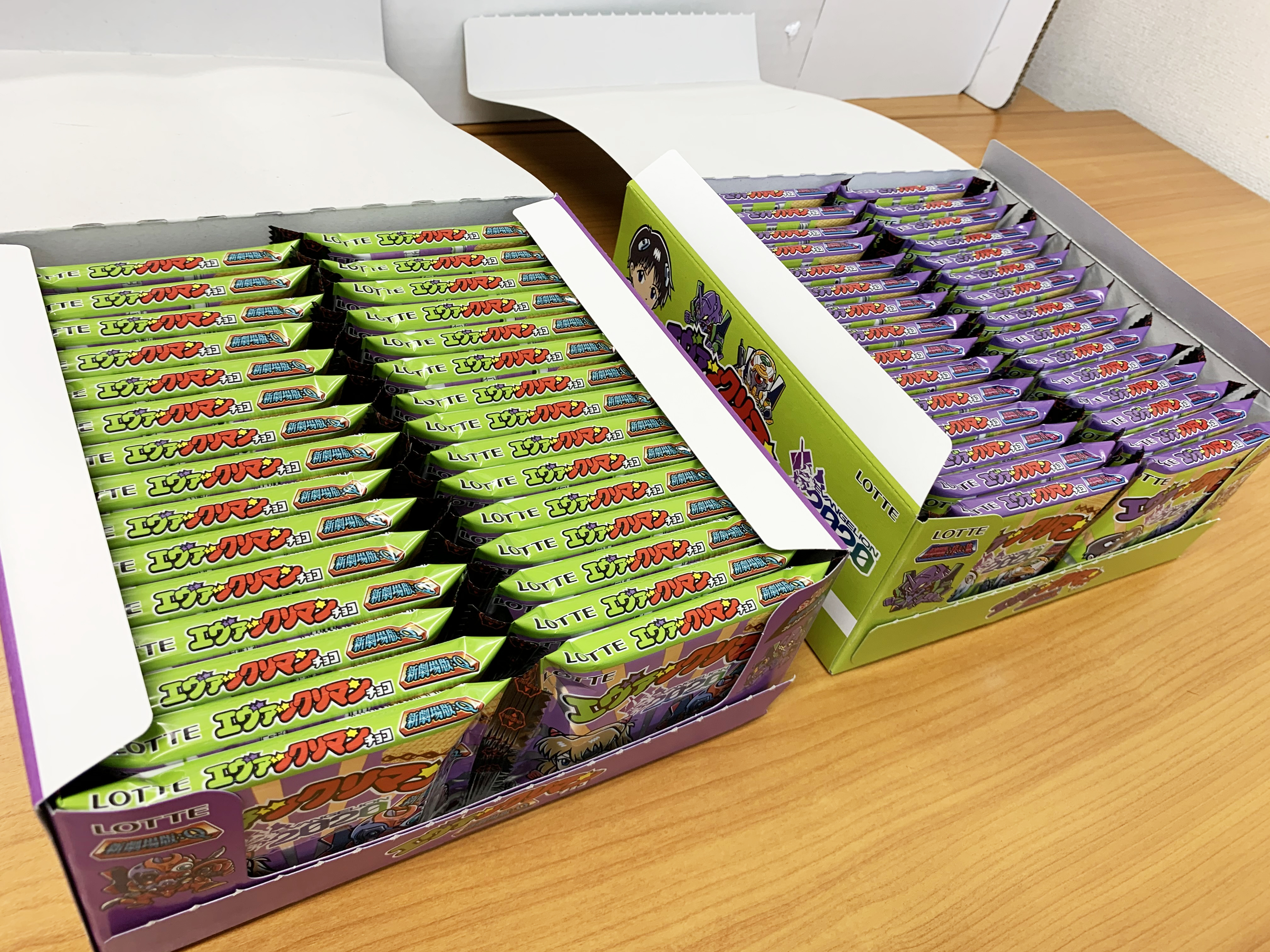 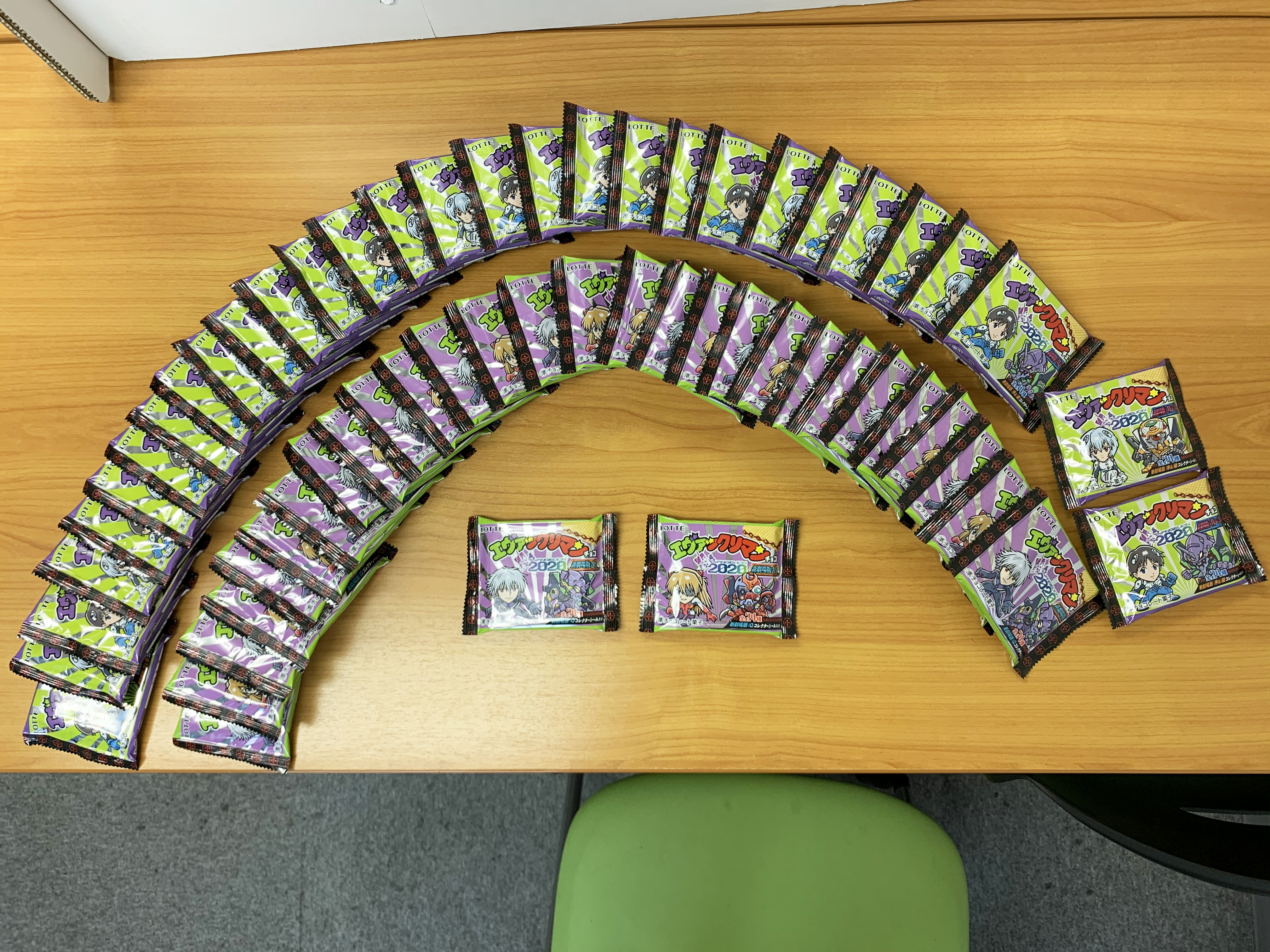 Therefore, I asked Lotte to send me each chocolate one case at a time. First of all, when I opened "Evac Rimman Chocolate <New Theatrical Version: Q>" in Western Japan… 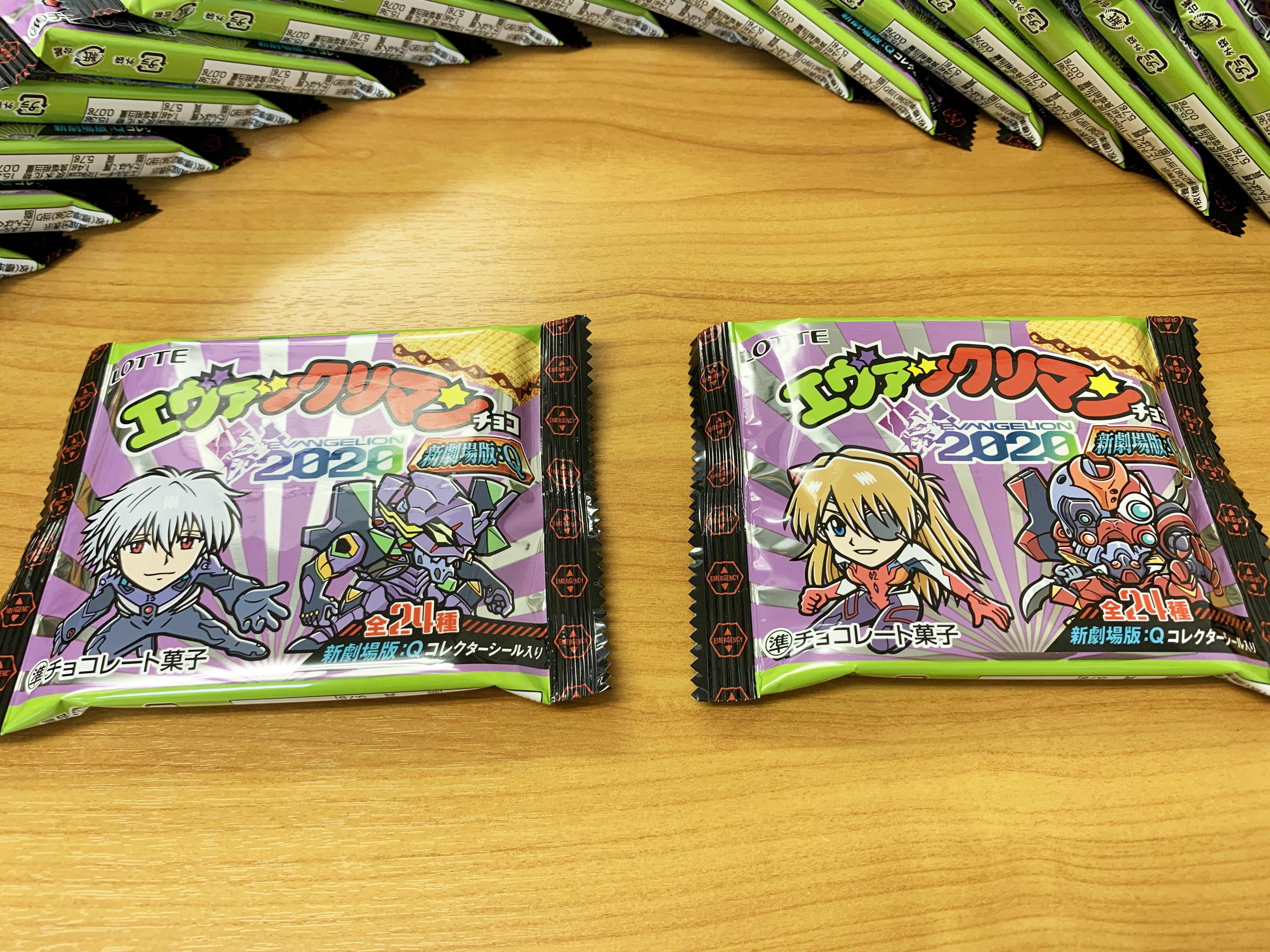 Captain style Katsuragi Misato appears.. The character of the surprise man is comical, but the serious and masculine voice of the battleship battle on the aerial battleship "AAA Wunder" revives deeply in his ears. 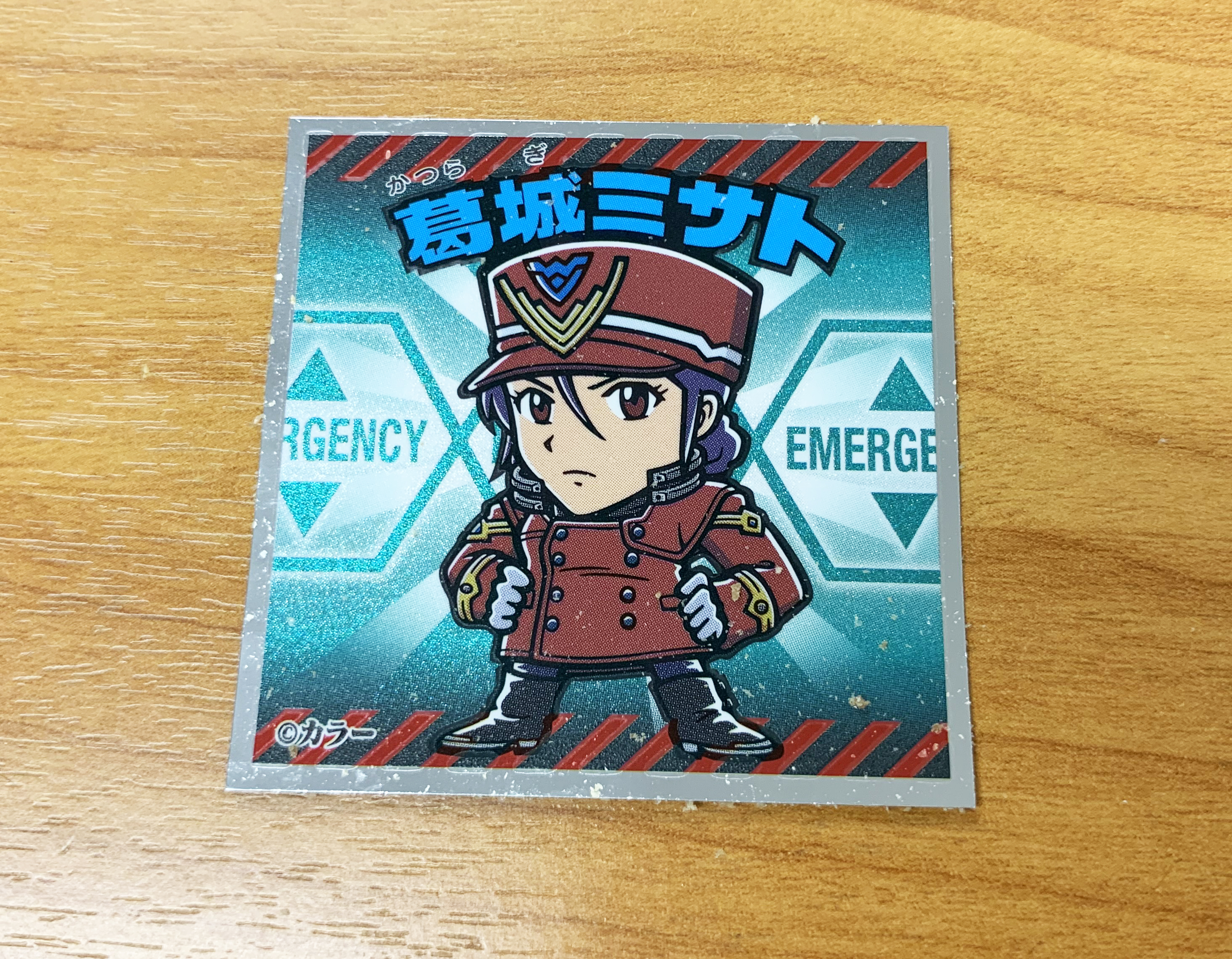 Also, a profile is written like a surprise man on the back side, but what I read unintentionally is the item "New theater version: Q's rumor" written in a small size below the profile. For example, in the case of Kouzou Fuyutsuki, it is written that "My hobby is shogi and I also point to Shinji as one station? 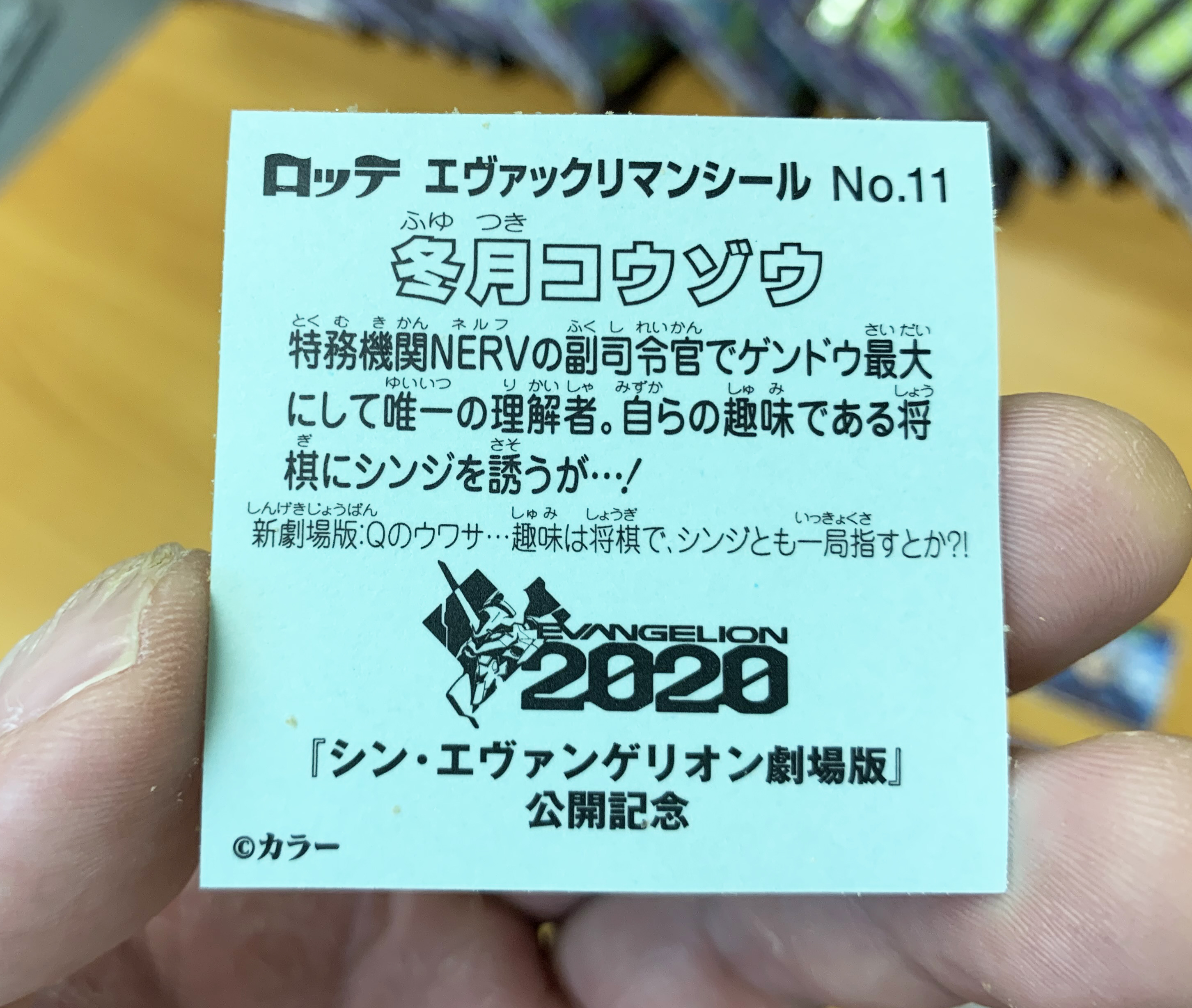 This is what you can see if you look at this work,Very loose information is like a surprise man seal.. Then, Makinami, Mari, and Illustrious came out, so when I somehow looked at the rumor, it was written as follows. 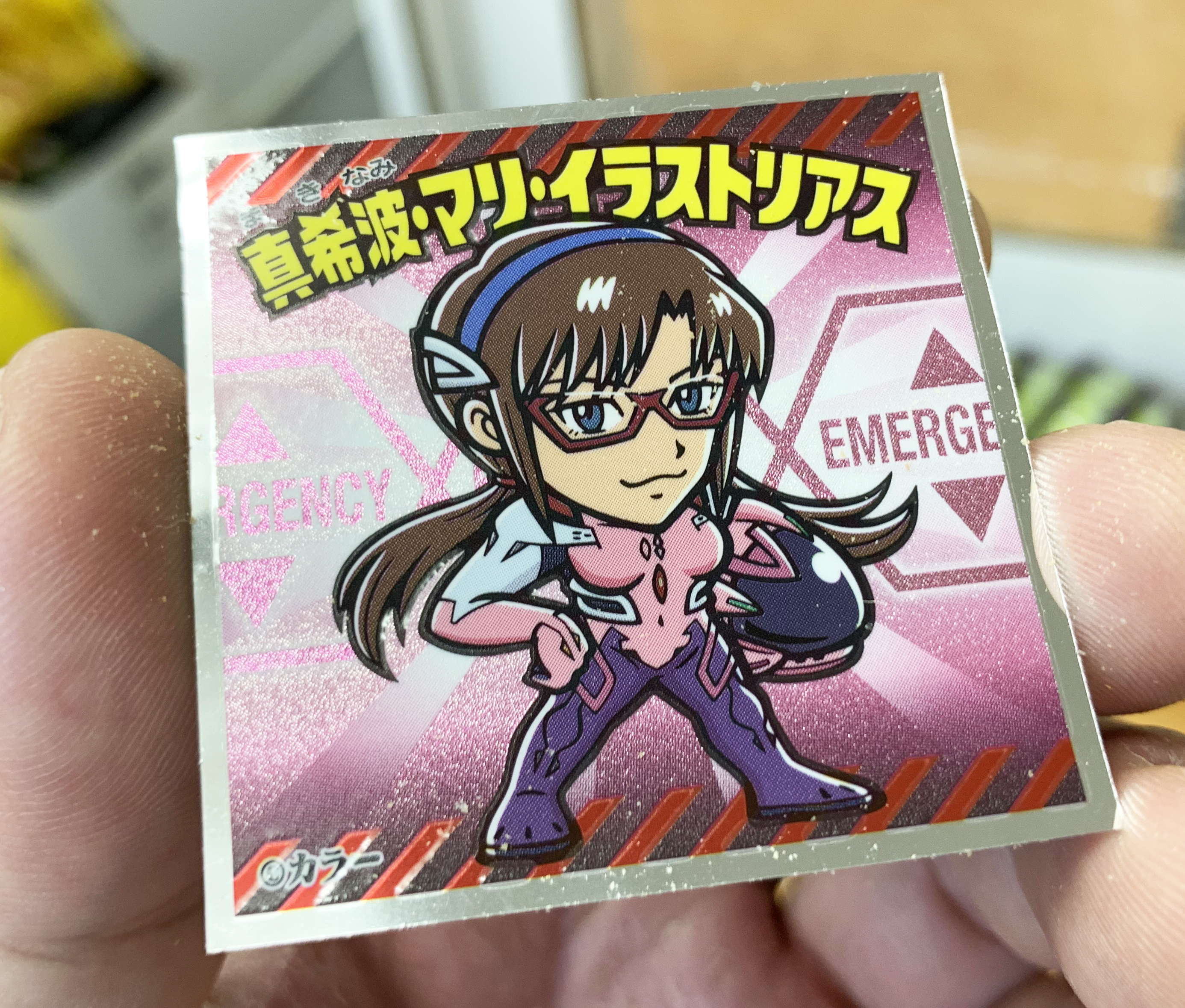 "The frame of the glasses is different from 14 years ago?!" 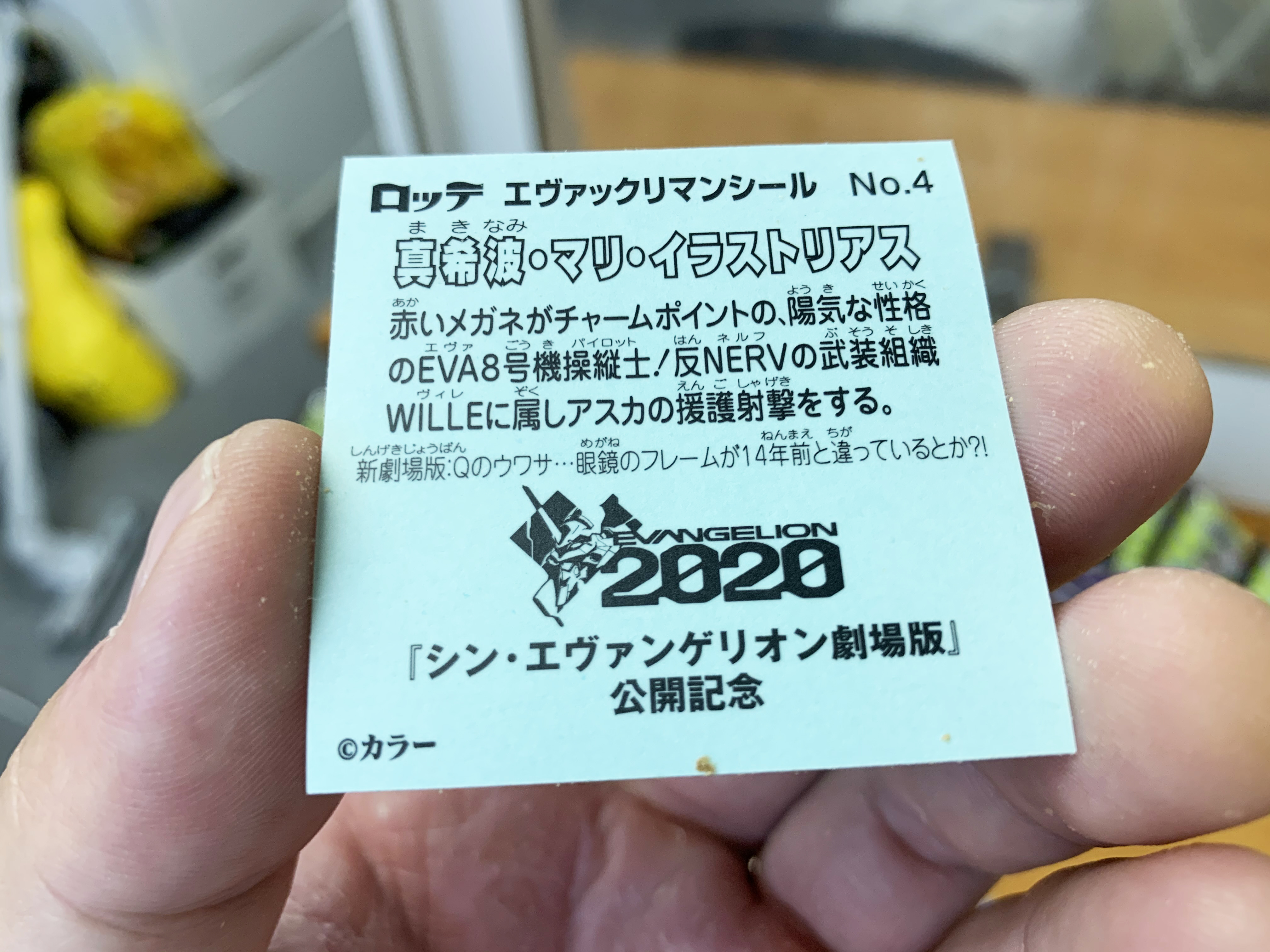 ……Homma!! I was told that the frame of Mali's glasses changed between "H" and "Q"!! I didn't notice it at all!!I do not care!! I repeat, the temperature feeling of this information is very surprising. 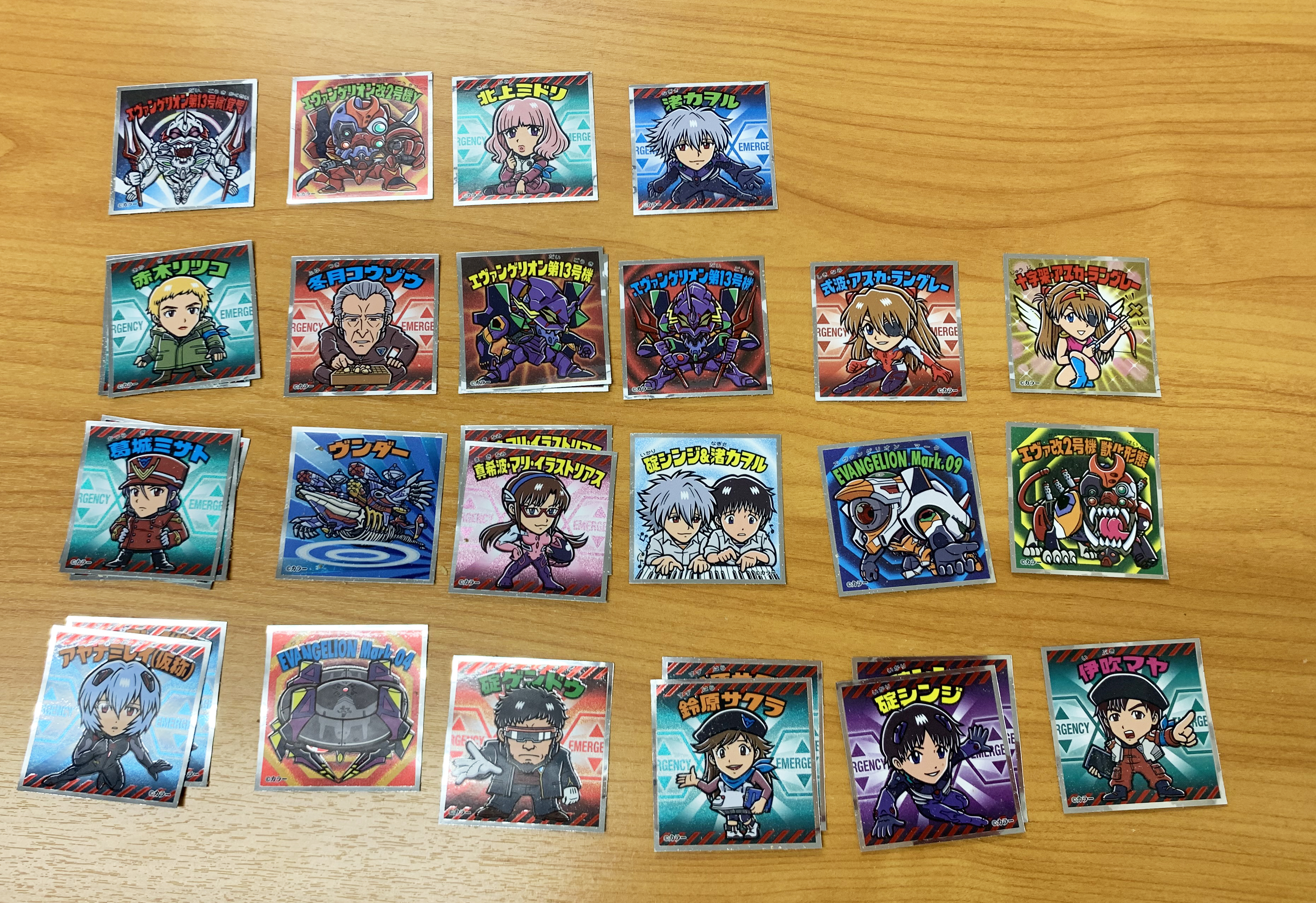 Then, when I opened "Evac Rimman Choco <New Theater Version: Introduction &: Break>", which was released in advance in East Japan…Oh!! 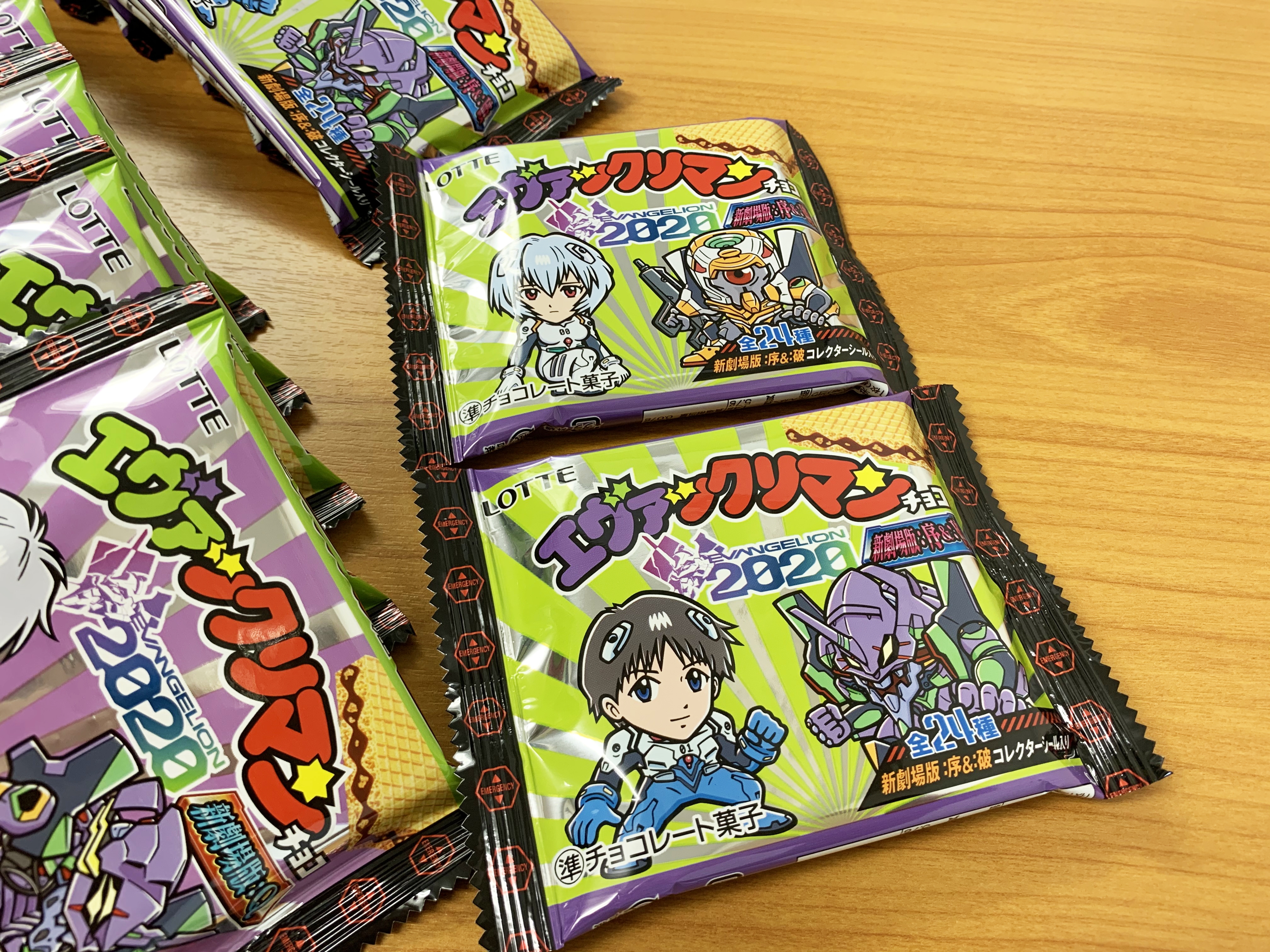 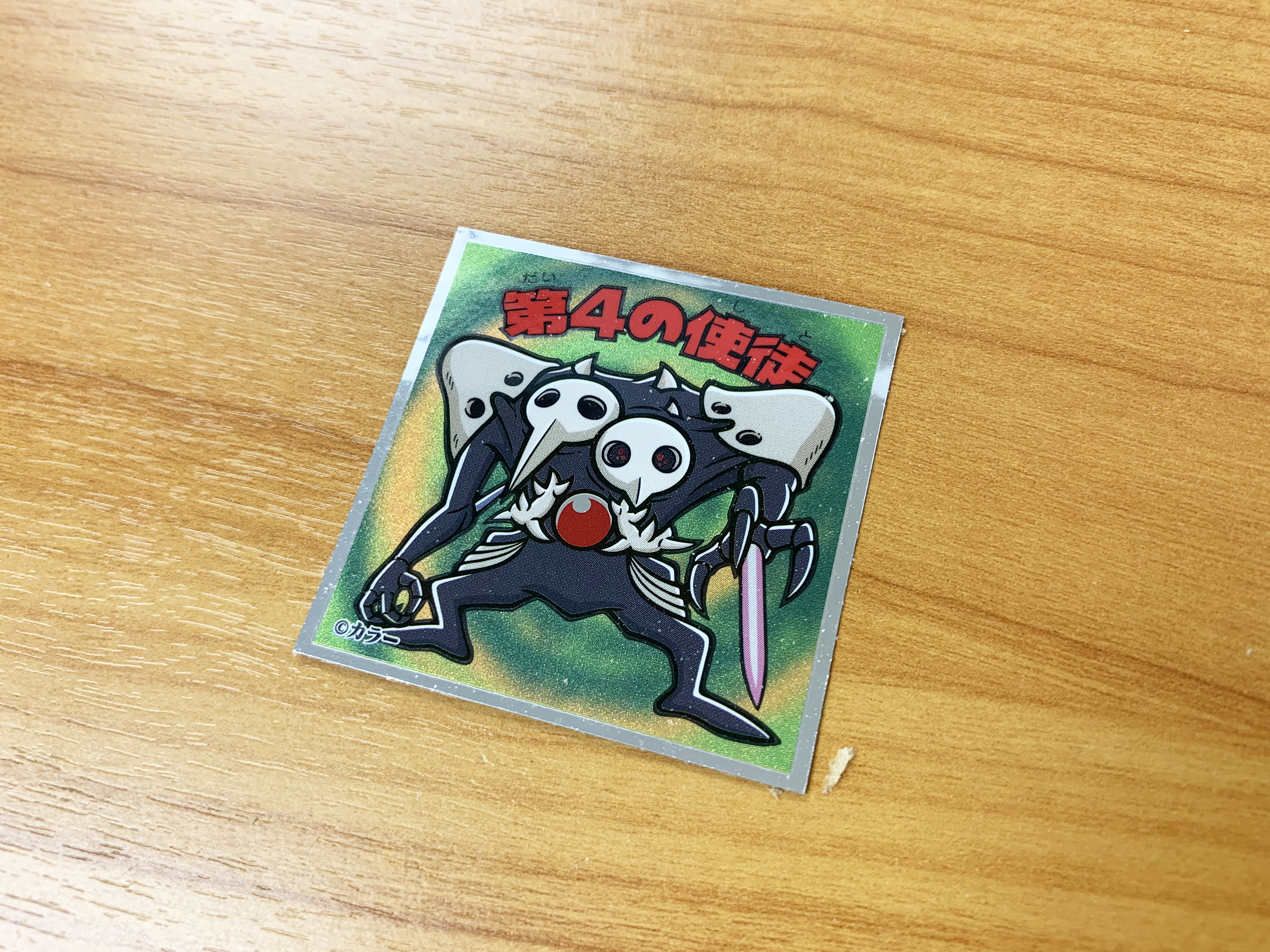 Misato is also a red jumper! 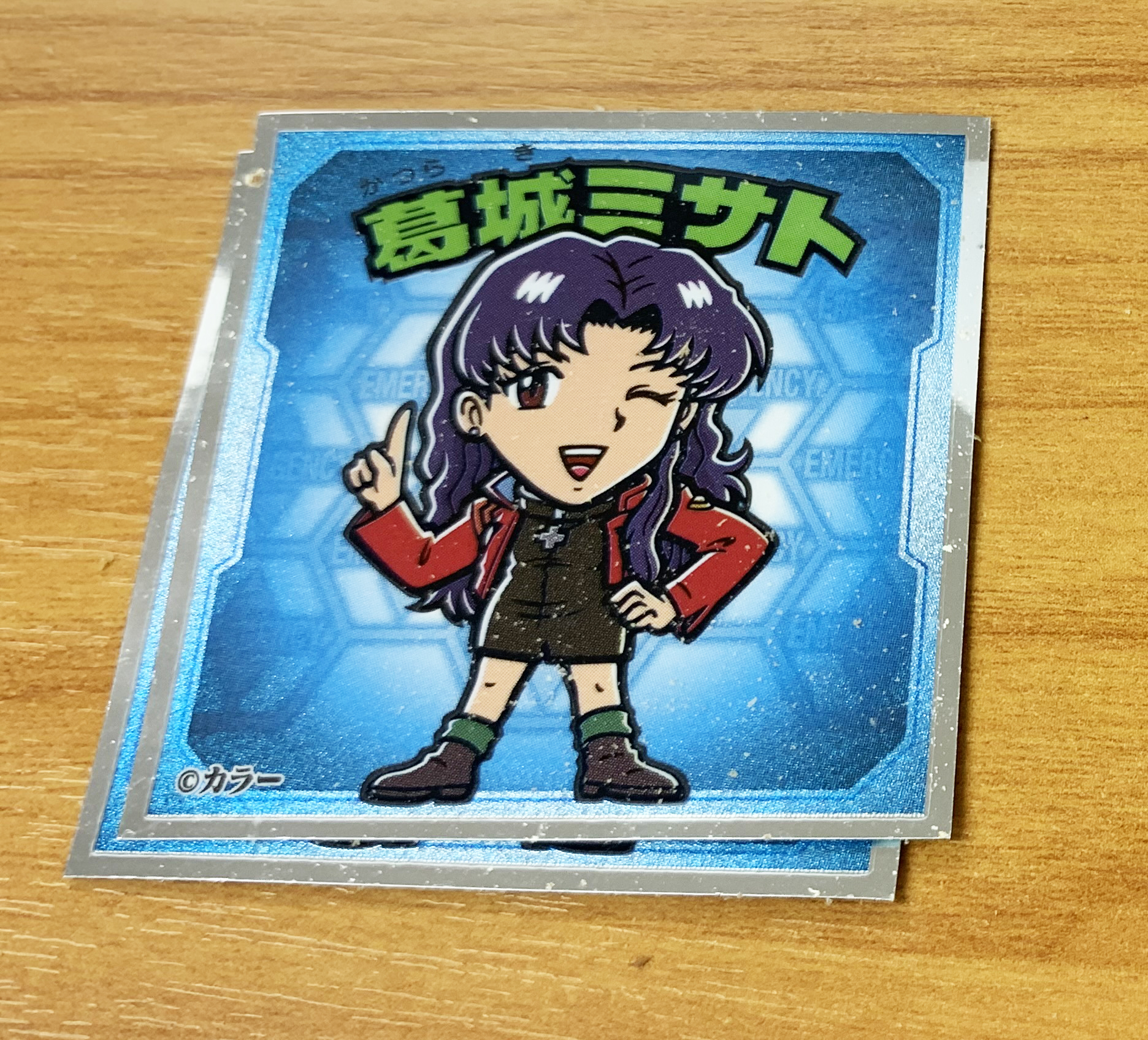 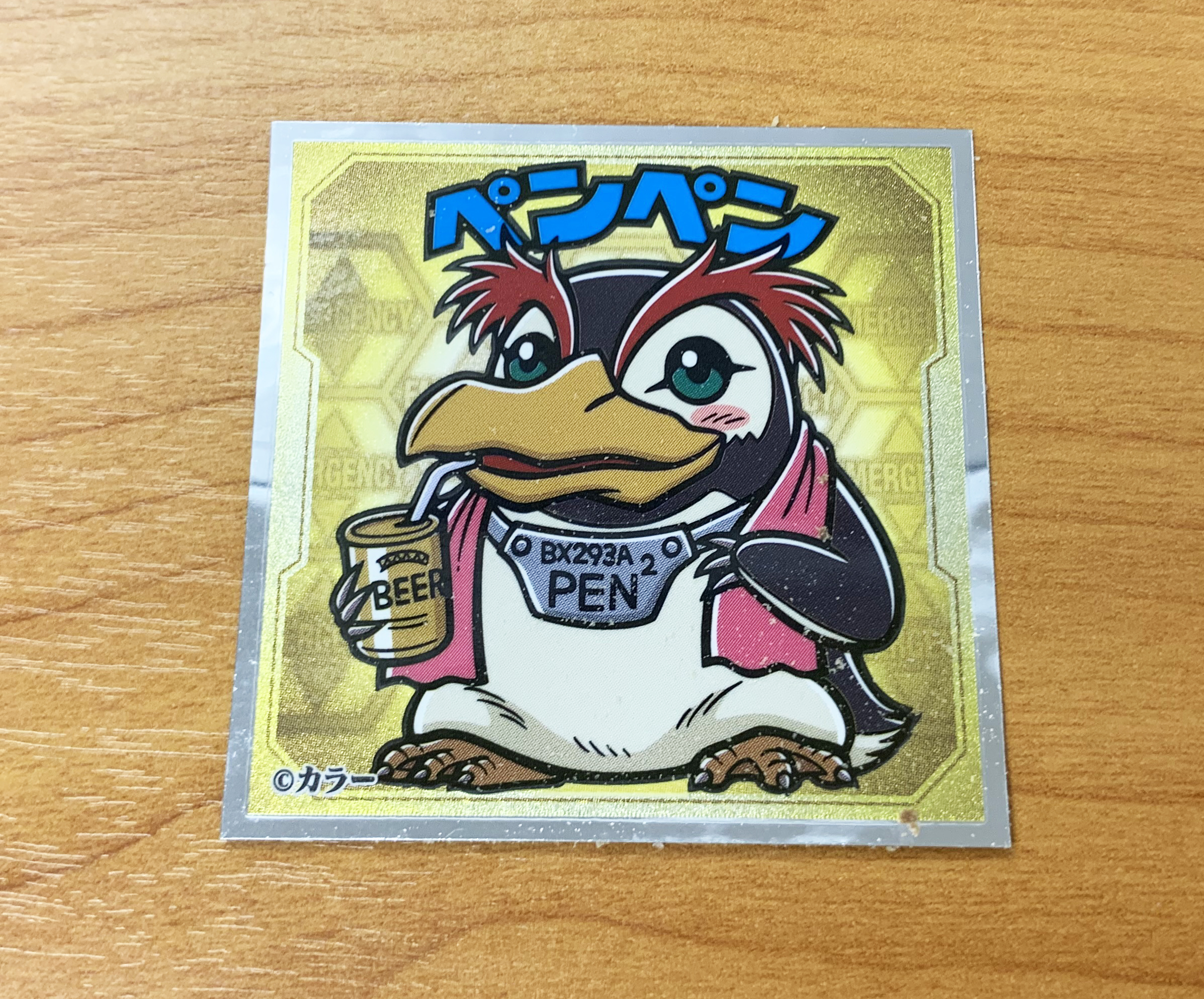 This this!! I felt that there were many stickers called this when it came to Evangelion. If Eva becomes an adventure-type smartphone gameAsuka's pointing pose is ultra rare.. 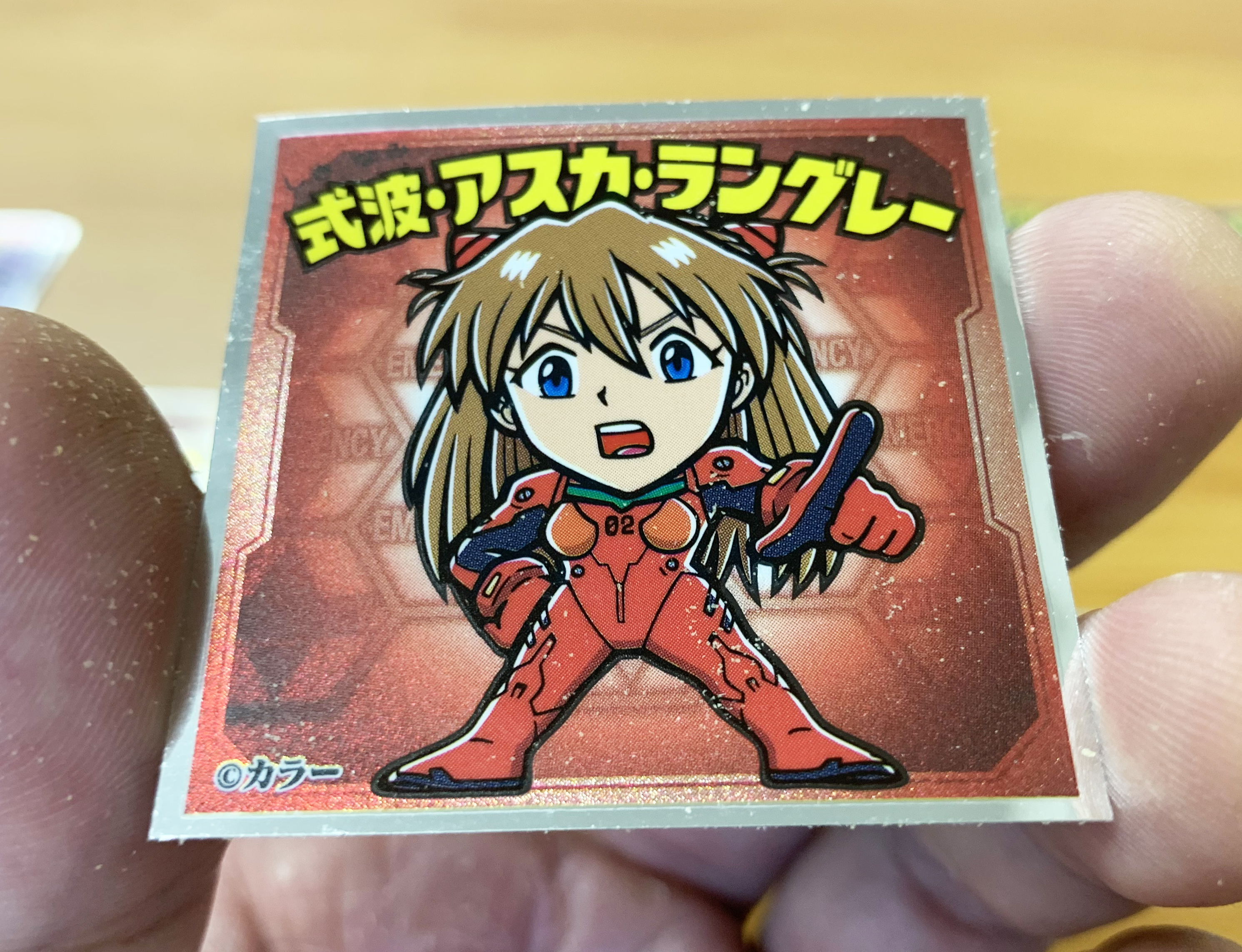 Therefore, from the TV series "Neon Genesis Evangelion" generation, I was definitely stuck with "Evac Rimman Choco <New Theatrical Version: Introduction &: Break>".After all, I may still have a strong impact on the TV series... 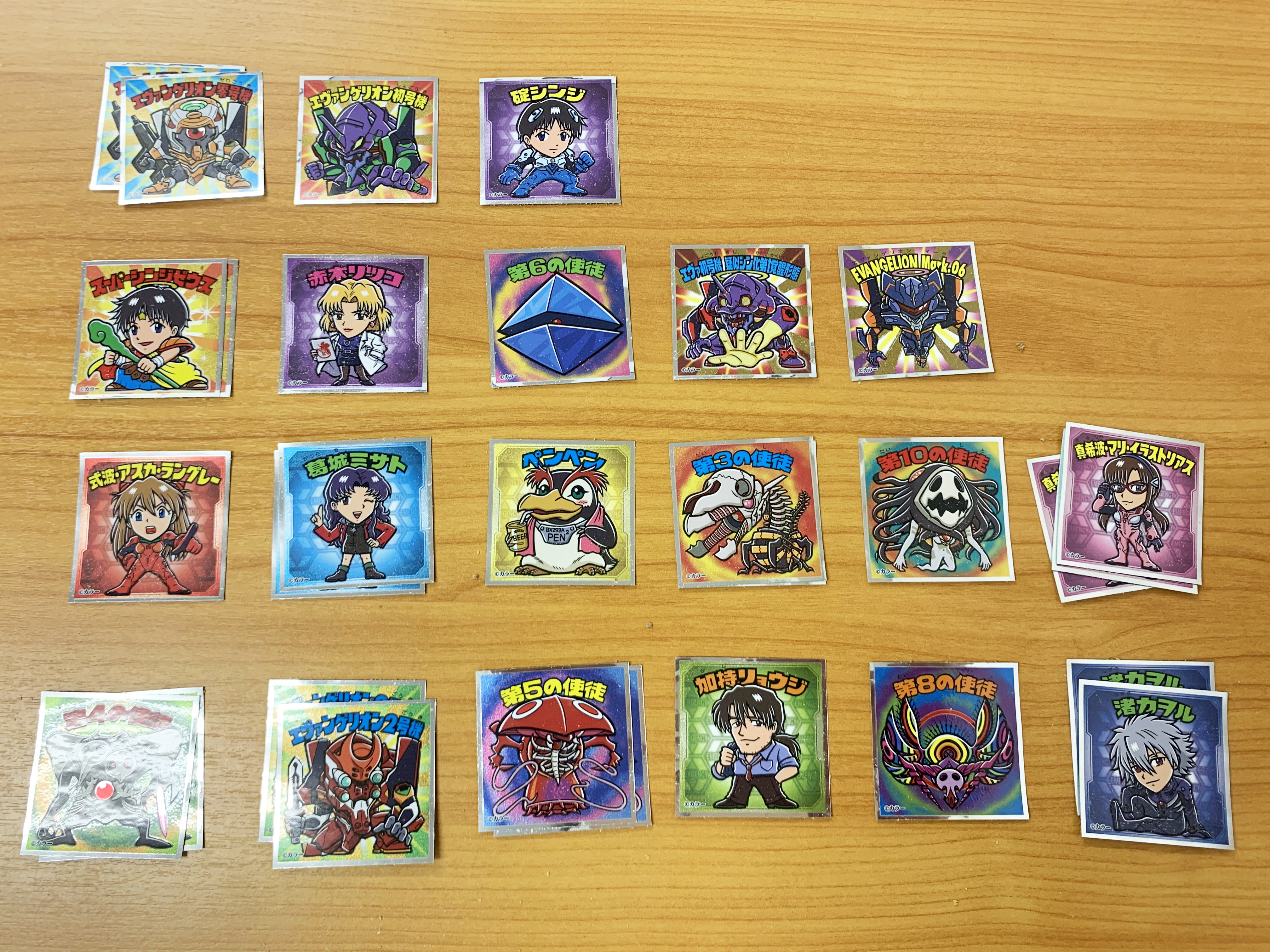 Of course, some people may have been attracted to Q's Eva Kliman. However, is there any future release of western Evac Rimman chocolate in eastern Japan and vice versa? I asked Lotte because I was wondering, and the following answers came back.

Lotte"We are planning to reverse East Japan and West JapanHowever, I am sorry about the time, but I will refrain from commenting. We will announce it on our website in the future."

── That. Apparently, there are no plans to sell them at the same time at the moment, so if you are aiming for completion, buy it now.

How does the Maasai know if they are Maasai? Masai News: No. 351

"Nara Takeout" service is a great help for local people! There are many other colors besides "Uber Eats" in the world …

I was very worried about the big “Ichigo Milk” at the game center, so I took it out / Impressed from expectations and melancholy 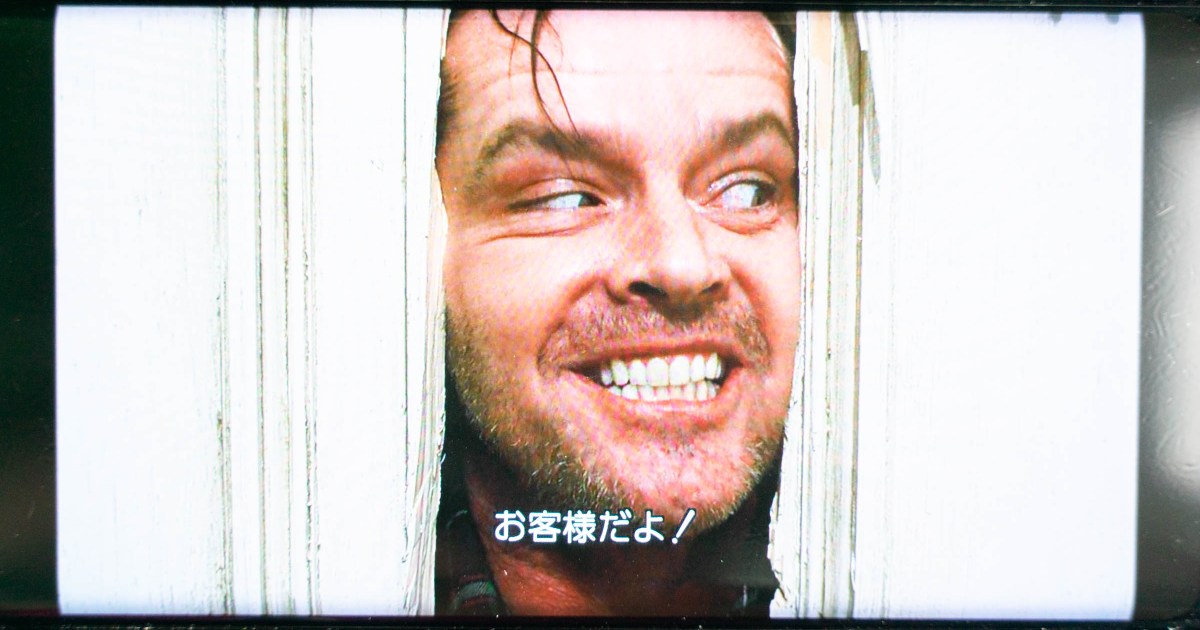