The G-SHOCK “MASTER OF G” series is intended for land, sea, air, extreme functions and performance required by each professional, and toughness. The third night where the development staff responsible for the planning, design and design of the latest "MUDMASTER" "GG-B100", which demonstrates outstanding performance in "Land", talks to the third night. This time, it is about the new function only of GG-B100.

Speaking of carbon, the bezel that strongly appeals its texture is also eye-catching. By the way, this bezel, in fact, is manufactured by insert molding with a carbon sheet sandwiched between resins [fine resin].

Mr. Yasuda“G-SHOCK has also applied the carbon insert technology that has been used in the band for a long time. It has three layers of primary resin, carbon sheet, and secondary resin, so if you increase the thickness of the resin, The carbon layer will be far away [from the surface].

Mr. Hashimoto“Actually, if the resin is thick, the resin structure will be stable. However, it will affect the case thickness of the product. There is a side that is required as a sense of volume, but it is also true that a thick watch has one side that is hard to wear.

This bezel, even when viewed from the side, has a carbon texture that wraps around to the standing surface. It looks very much like a thin carbon sheet sandwiched between resins.

Mr. Yasuda“There are things that cut flat plates, but I think it is extremely rare to form a sheet in three dimensions. That alone can increase the difficulty several times.

It is easy if you just remove the resin with a mold. However, because it contains a carbon sheet, wrinkles approach the three-dimensional shape when it is done normally. If you're doing a carbon job, have a good look at this and how do you do it? I have a question. "

Mr. Hashimoto“We did a lot of prototypes, starting with the possibility that a sandwich bezel is possible in the first place. Although the release date of the product has been decided, it doesn't become a matter of things, and can't we just cut carbon? , Or that it would be better to think about alternative materials for a while.

Mr. Yasuda“After all, there is the meaning of a technologist. While discussing with the material manufacturer, I repeated experiments and prototypes over and over. The carbon sheet has come off or the color has changed when dropped. The problem came out from one to the next, and at the end, I was instructed directly at the manufacturer's manufacturing site, "Please try this here." I thought you were saying "

Still, I don't know how this bezel is made.

Mr. Yasuda“The original carbon sheet is flared, so if the resin is flowed, it will inevitably come off or peel off. It will either be in close contact or fused with the impregnated resin. This fusion is the most important point. is not it"

The carbon bezel of the BB-G100 is fixed with four bumpers, but the hardships and challenges of Mr. Hashimoto and Mr. Yasuda are also condensed here.

Mr. Yasuda“These four bumpers are made of urethane. Since they are not hard, they often turn over. The problem was how to fix them permanently. Isn't this bumper small? In the first place, can you make such a small thing? "

Mr. Hashimoto“I wanted to take advantage of the goodness of carbon and good urethane for the bezel part. Like the impact resistance, I wanted to add volume strength without changing the overall number of parts so much. I've been talking on the phone every day, just a lover [laughs], and if this is the case, I'll be able to do it this way.

The fastest story is the strongest if covered with a urethane-integrated bumper. But then I can't see the essential carbon texture. Then how do you make the parts that you can see divided?

At first, I thought about the shape [only carbon bezel] like GWR-B1000, but it lacked the MUDMASTER quality. What is the MUDMASTER icon? This bumper can't be removed.

Mr. Yasuda, who has to actually make Mr. Hashimoto's feelings into reality …

Mr. Yasuda"I'm almost crying [laughs]. Because we are throwing balls at the last minute. As a design, we want to be strong in shock resistance, and we want to keep it from being scratched as much as possible. Talking about the amount of convexity [of the bumper] … “Talking” is a beautiful word [laughs] ”

In terms of visible parts, a sensor guard is also an icon. Mr. Hashimoto says, “It not only serves as a guard but also serves as an appeal that a sensor is included here.” G-SHOCK is not only fashion, but many users see it as a tool, so this design is particularly important.

The shape of a fan-shaped compass

The GG-B100 is equipped with a new function that uses a mobile link that works with smartphones via Bluetooth via the smartphone app “G-SHOCK Connected”. One of them is the “location indicator”.

Mr. Ushiyama“The location indicator is a function that uses the GPS of the smartphone. First, launch the G-SHOCK Connected app and record the current position with the button on the watch. This signal is sent to the app and the GPS data , And the current location is recorded. When you press and hold the button on the watch again, it shows the direction and distance of the location with the second hand and LCD display. ”

Mr. Ushiyama“This function is similar to when a rescuer who got off the helicopter rescues and picked up by the helicopter, but it is also useful in daily life. For example, the location of your car parked in a large parking lot, For example, if you are a MASTER OF G user, you can use the sensor functions well in your daily life. Isn't it useful?

The face of GG-B100 has a fan-shaped compass-like scale, which is the scale for this location indicator. You can see the place you are aiming for, “600m ahead in the direction of 30 °”.

The same function can be used with the altimeter. By recording the altitude of the current location on the watch side, you can see how much the altitude has moved up and down from the recorded location when you move. If there are multiple climbs and downhills on the route, you will not be able to tell if it went up or down. With this function, you can immediately see the difference in altitude you moved. ''

As expected,Mr. Pro Trek"Mr. Ushiyama called" Mr. Triple Sensor ". The place of eyes is different [or the function is like PRO TREK]!

This fan-shaped scale shape is also devised to improve visibility.

Mr. Hashimoto“It ’s easy to see from the side, but it ’s getting up a little bit. By doing this, it ’s easy to see the scales facing the user ’s line of sight just by tilting the clock. And I ’ll hit the needle, so here again, I ’m going to make adjustments in millimeters with Yasuda… [laughs] ”

Mr. Yasuda“I think you can see this design, but the spacing between the bumps is incredibly subtle. I was wondering if the mold really goes into this gap. I'm printing it on the narrow peaks of this model. "

Mr. Hashimoto"I don't know if this can be done at all …. When I talked to Yasuda, he said," Let's do it. "Whatever it is, the spirit of challenge is thriving. That's his good point. [Lol]"

Mr. Yasuda“I was told by my boss if I could really do it, but in my case, I decided to start with a cool one. It was an on-parade that I had never done before. If you stop trying, there will be no new ideas and no evolution.

Mr. Hashimoto“When white is printed on the peak of modeling, the lines come out in blocks, so it looks better and more visible than the flat surface. I think that the face design of the GG-B100 has been realized with the design and design method. "

Well, next time is the last round. It's about the device on the back and the band, and the groundbreaking function that greatly improves the usability of the watch. 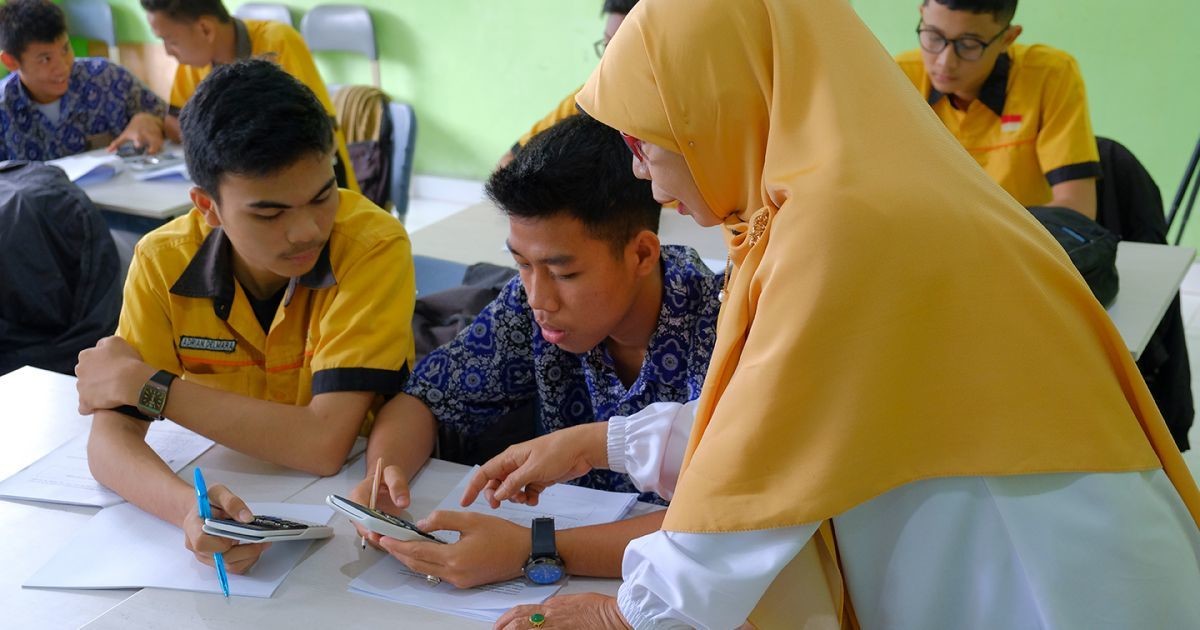 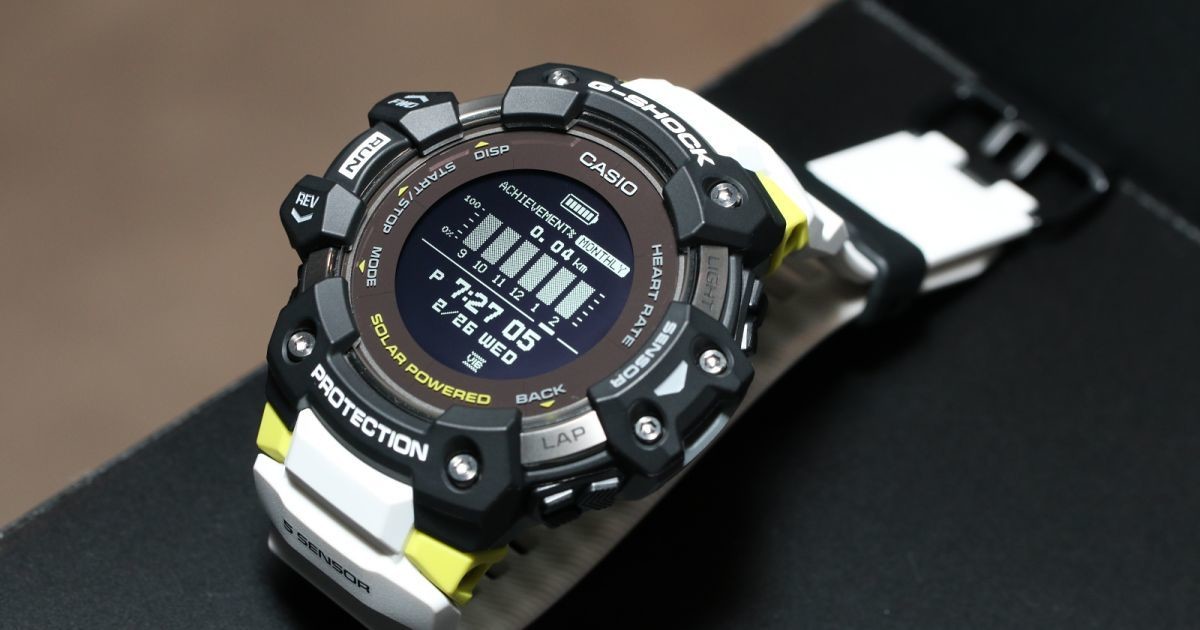 How do you recover the performance from Casio and Corona? From 2020 first quarter financial results announcement 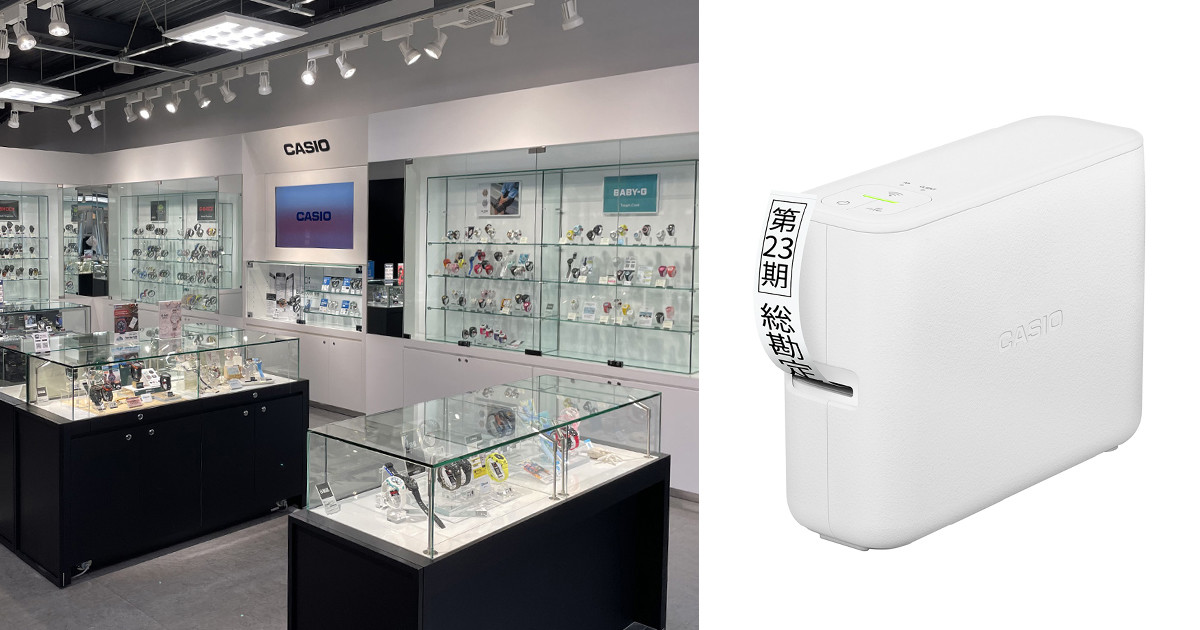 The label writer "Lateco" is a strong ally for organizing and storing! What is a workplace organization technique that does not "rebound"? 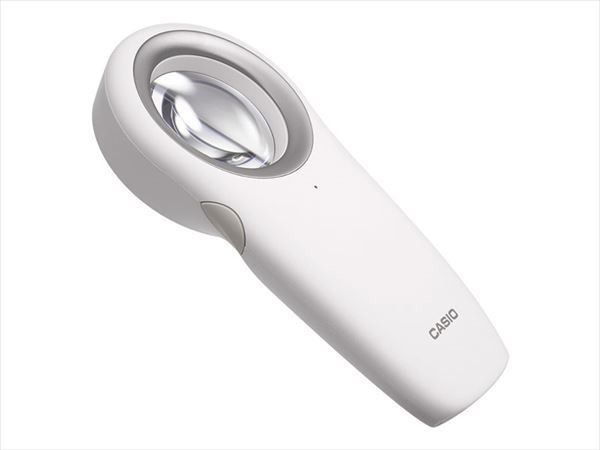