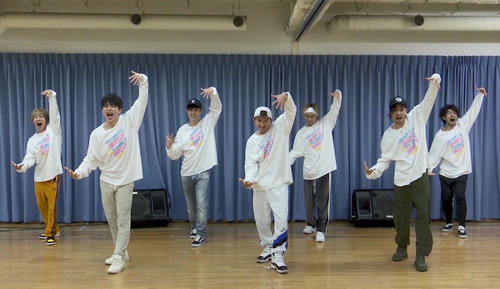 DA PUMP has released a video of Portraits' “After School Fever” produced by the Japan Music Business Association as part of an awareness campaign for portrait rights and publicity rights.

"After-", a debut song in a virtual group of four male characters, uses Hatsune Miku as a vocaloid. In this video released on YouTube, member KENZO [35] is in charge of choreography. KENZO said, "Because the theme is enlightenment, the image was like a warning. It is a caution alert dance." The members also called for "Let's all do interesting choreography with interesting sounds!"

No.1 finalist in female entertainers: 3rd heroine at the 3rd champion

Gokusen: Jun Matsumoto & Shun Oguri starring in the first series for the first time in 18 years.