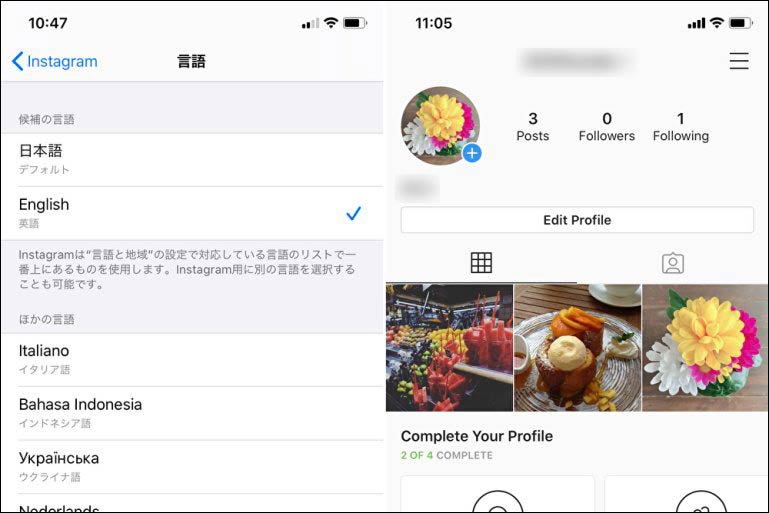 From iOS 13, the language used for each application can be set.

This feature is useful, for example, when you want to use an application that has not been fully localized into Japanese and want to use it in English. It may also be useful for studying languages.

Then, I will introduce the procedure.

Before setting the language, you need to add a language to your iPhone. After going to "General" from "Settings", select "Language and Region" and tap "Other Languages". 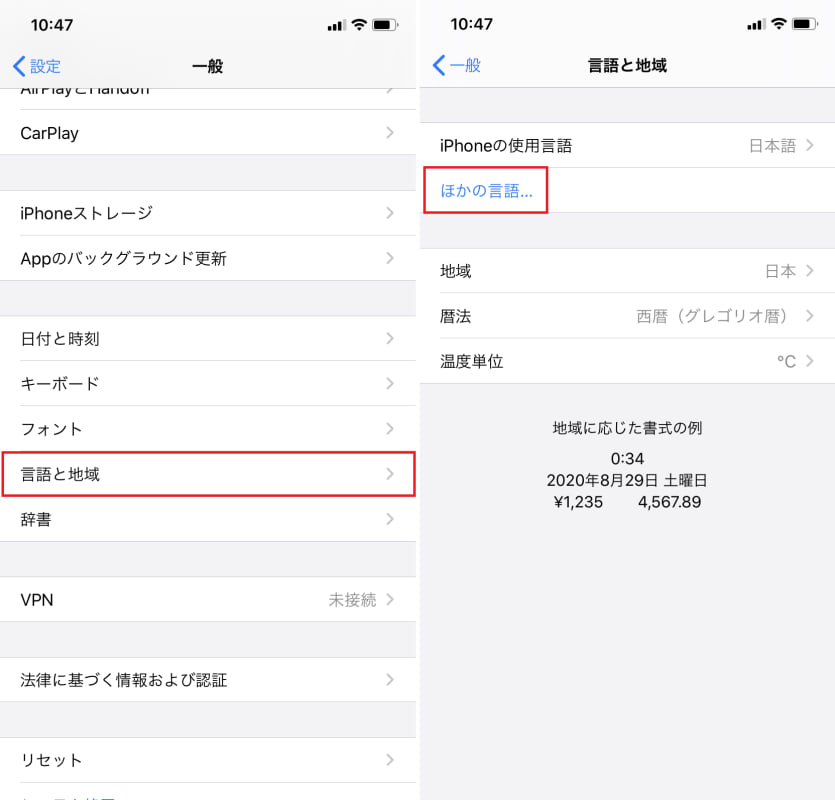 Choose a language to add to your iPhone. After this, when the confirmation screen is displayed, "Do you want to change your iPhone language to 〇〇?", Tap "Keep Japanese". Note that choosing "Change to 〇〇" will change the language of the entire iPhone. Preparation is now complete. 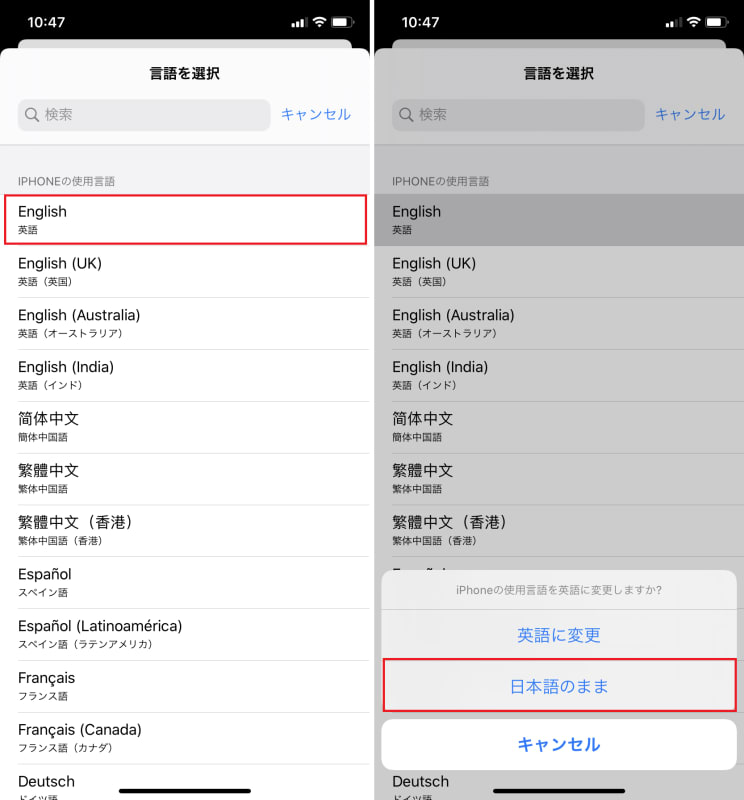 Select language for each app

When you add a language, an item called "Language" is displayed on the setting screen of the application. When you tap, the languages ​​available in the app will be displayed. Select the language you want to change. In addition, it seems that languages ​​other than the language added earlier can be selected. 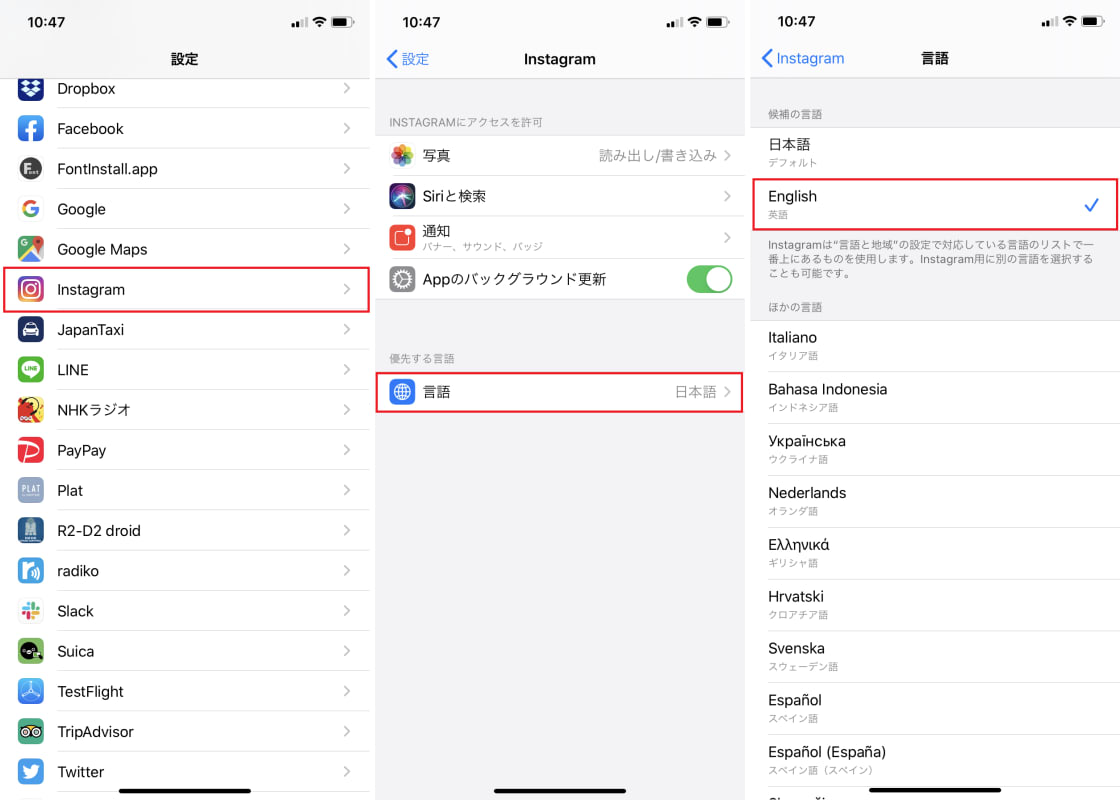 ▲ Select the app in "Settings" [left]. Next, tap "Language" [middle] and select the language to use [right]

When you open the app, the notation changes to the language you selected. 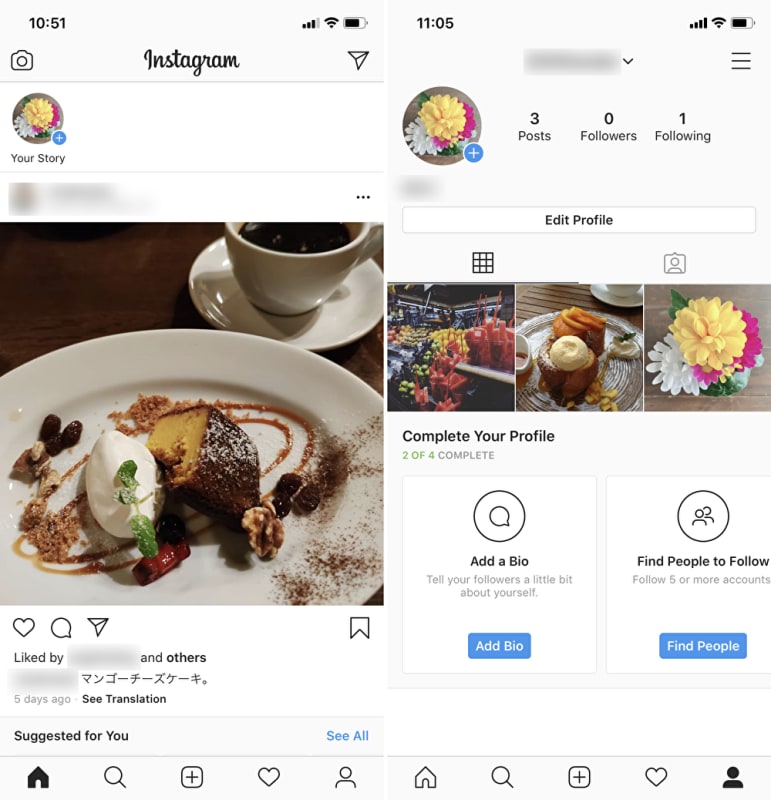 ▲ When I opened “Instagram”, it was changed to English notation

Supported languages ​​differ depending on the application, and some applications only support Japanese. 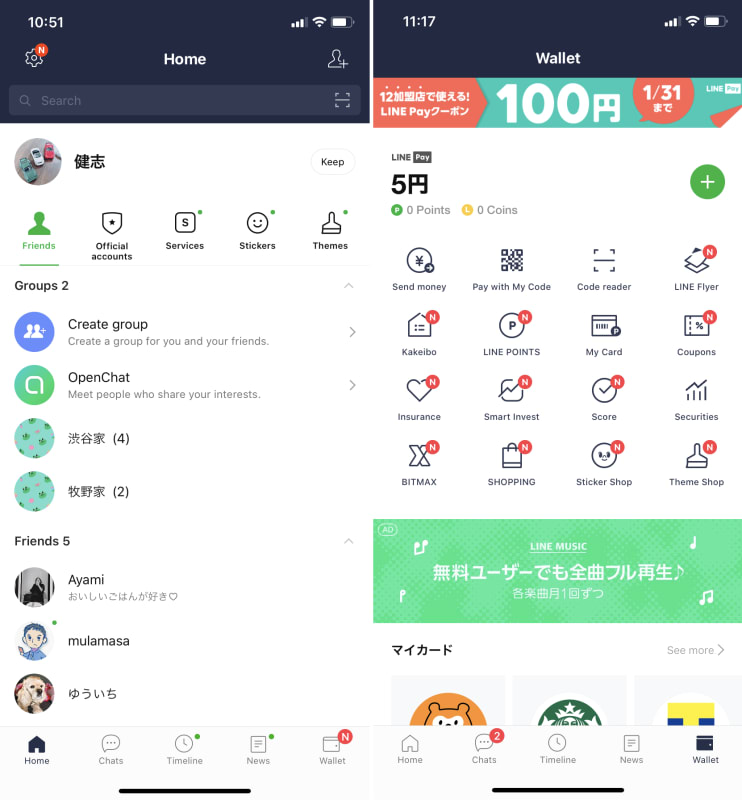 ▲ "LINE" changed to English notation. A total of 20 languages ​​[notations] are supported, including Japanese and English 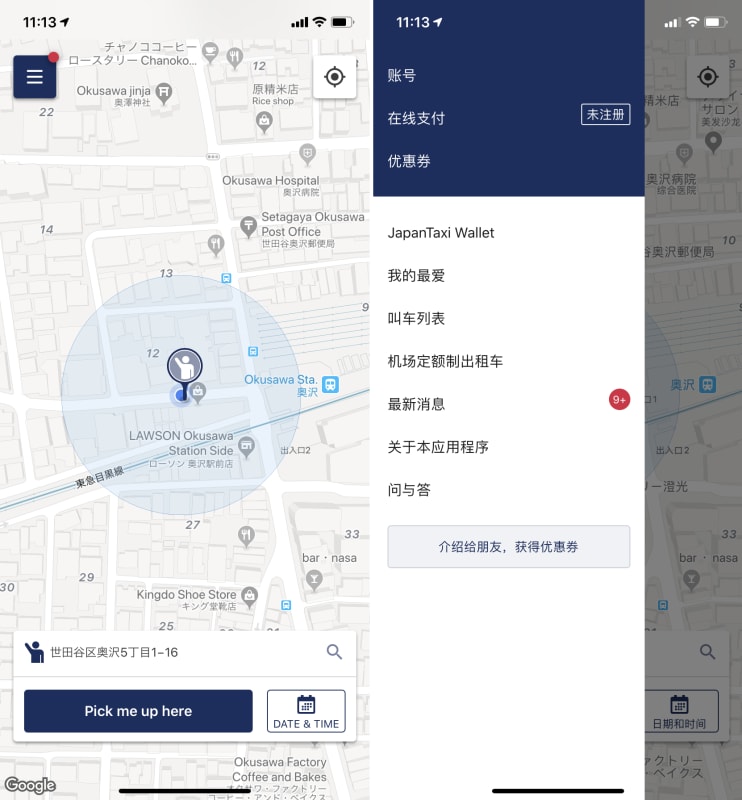