Remember elementary school excursions, where did you go?

誠 The school trip to elementary school that Daiki Makoto attended was in Nikko, Tochigi Prefecture.

I forgot about Nikko,

I want to go to Nikko
Mother
On the car

When I took him,

Various things jumped into my eyes

A long-lasting cedar tree heading to Nikko. I guess you saw this cool JR Nikko Station on a school trip.
A station building that goes well with Lady Bird. Breakfast is a specialty of Yuba.
Yuba with a special thick roll dedicated to Rinno-ji was delicious!

I have no choice but to worry

Nikko's
In the mountains further back,

There is the best copper mine in Japan,
I knew that I was very prosperous

Nothing to do with work.

In the Taisho era, it was "the second largest town in the prefecture" where 40,000 people lived.

There was a splendid guesthouse built by a copper mine company, houses for employees, railroads, schools and shopping streets, as well as cinemas and theaters.

Shaved ice from the Shogetsu Himuro, which sells natural ice from Nikko, was bothersome.
Forgotten the cold with fine, fluffy ice and pelori

However, a town where many people suffered due to a poisoning accident.

Since the copper mine closed in the 1970s, the town of Ashio is still

Toshogu & Kanaya Hotel [Roots]As expected, it is a very famous tourist spot that Japan is proud of.
A great person even though Yomeimon is under construction.
An uncle who sells flutes on the approach to the shrine if he is about to leave early. When it blows, the beak of the Uguisu opens.
If you want to get out of Toshogu Shrine and rest at Nikko Kanaya Hotel, this is also packed!

I did not know the existence of such a town.

I wanted to go there and see it.

It ’s not a hard study trip,
If you don't have fun, you won't be able to move

I thought there was something exciting in Ashio as well.

— Go down the river on a boat
Uzumagawa flowing through Tochigi city.
The boatman goes down the river leisurely on a boat rowed by a pole.
It is a good feeling to put your hands together in a loud voice in the boatman's folk song.
The river is full of carp, and the oldest guy is the oldest named Kotaro.
I feed Koitaro.

That was a lot of fun.

The contradictions that Japan has at the same time as the glorious history of modernization are connected to the present and are packed like a capsule.

It was such a place.

Very [I don't know what to say]

Unfortunately, Iroha Saka
The autumn leaves in the mountains were over,
Still the scenery is wonderful

Of course, this trip is not only Ashio, but also wants to go to the famous spots of Nikko, and it's also the usual trip to detour around Nikko.

栃 Tochigi City that I stopped by.
Tochigi City, famous for its name but not the prefectural capital,

When I looked into it, it seemed that the old streets of "Kura no Machi" remained.

An inn with a wonderful old image that remains in some places
The room where you stayed
In the Taisho era, it was a room built for staying at Kanin Miya
The high ceiling and the corridor ceiling are stunning.
There is also a Western-style building in Tochigi, a city of Kura-no-machi that did not suffer from the war!

Originally this was the prefectural capital, and during the Edo period it flourished as a post town.

There are still 200-year-old inns. Let's go with a light feeling like a little stop …

It was a jackpot!

While enjoying the fun of going down the river by boat while watching the white-walled storehouses line up, there were retro townscapes on a wide, spacious road and a Western-style building of your choice.

It's built with a normal face rather than being advertised,
The 200-year-old inn is

Although it was not a building 200 years ago, "Is this room OK?"

Something that seemed to pass through was a room that was created to stay at the palace in the Taisho era,

Tochigi City was a nice place to go out casually.

Why did you only plan one night

I want to stay here for a while and walk around the city! I thought.

A quiet catholic church,
I am very sorry that the old city hall building is not currently used
Daiki insists "Let's do something here!"

The real pleasure of this trip is that the place where you have decided vaguely and gone vaguely is better than expected.

け れ ば If you enjoy it,
I'm going to study more and more

That's what Daiki Makoto always says, but in this way, it seems that various things naturally enter the body, saying, "Go there and experience it."

That kind of thing

The best Kegon Falls in Japan! ……

But still, this time, I just want to treat everything alone.

"A comfortable city with a large sky"
By.

Makoto Daiki OSK Japanese opera company, former star of the former male role.
The only opera star in Japan reading Noshiro.
In the summer of 2010, the long-awaited Subaru 360 was obtained.
I will travel around Japan with this car.

"I got stuck in a gutter or something on the side of the road, and I lay down." Midget at home since I was in elementary school | Past Midget Garage Vol.3 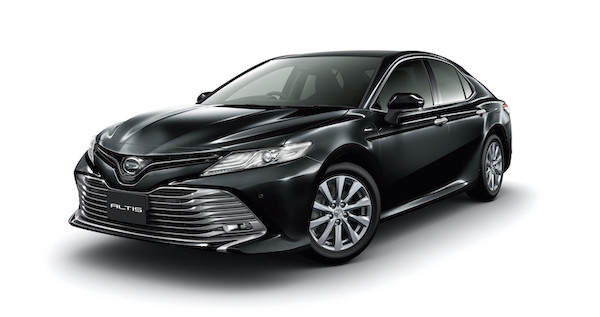