Alfa Romeo's favorite thing is that many people call it "design." How was the beautiful design represented by Tipo33 Stradale born? And how was it inherited?

In early 20th century Italy, there was an art movement called "futurism". It was about the time Alfa Romeo was founded. While being influenced by Picasso's cubism, the futurists were seeing a new aesthetic sense of the "speed" brought by modern technologies such as cars and aircraft.
‥
Inspired by French Art Nouveau and cubism, and exploring new art styles throughout Europe, the futurists focused on "speed" were unique. In Italy, where the development of art has stagnated since the Renaissance, people have supported the futurism, which takes advantage of the potential of modern technology to break through the current situation.
‥
Alfa Romeo was born at that time. Roughly speaking, the company has been racing since its founding in 1910 until the 30s. In addition to the customer's demand for a fast car, the young startups still needed to prove their skills in the race, but it wasn't just about winning the race. Carrozzeria, who provides the body to Alpha, expresses the magical power of speed in a beautiful form so that it inherits the spirit of "futurism". It attracted people's sympathy and contributed to the fame of Alfa Romeo.

Beautiful Alfa Romeo design
‥
Aerodynamics support the aesthetics of speed from a technical perspective. The "streamline" trend swept the world in the 30s, but Alfa Romeo continued to fight the invisible opponent of the wind, even after the trend had passed. Perhaps they had noticed the coexistence of speed and elegance in a streamlined, streamlined form. Disco Volante and Giulietta Sprint of the 1950s, Julia Sprint of the 1960s, Sprint Speciale, TZ/TZ2… The aerodynamic speed aesthetic has produced many masterpieces.
‥
To give the best of it, there is no other model than the 33 Stradale, in which only 18 units were produced after the prototype was announced in 1967. A road-going sport in which the wheelbase of the Tipo 33 racing car is extended by 10 cm and the body that Franco Scaglione can handle is installed. Having learned the aeronautical engineering from his school days, Scaglione is aerodynamic and elegant with the best material called Tipo33, and it gives life feeling like transmitting the beat of V270 of 270ps [production detune to 230ps]. I devised an overflowing form.

Another meaning of this 33 Stradale is to end the simple honeymoon relationship between speed and beauty. The Tipo 33 will continue to be refined and will be active on the circuit, but the 33 Stradale is more beautiful than any of them. A racing car that is restricted by regulations is not always beautiful no matter how fast it is. The Alfa Romeo design, which has overturned the aesthetics of speed, will continue to sought for a while after the 1970s.
‥
The turning point came when he joined the company of Fiat with his longtime rival Lancia in 1986. In order to demonstrate the brand identity within the group, it is necessary to revitalize "likeliness" in design. This effort, which started at 164, was largely fruitful at 156. Character sides are placed on the front and rear fenders to show the presence of the tires, while the body side is wrapped in a curved surface that changes subtly. The simple simplicity and elegance found there revived the tradition of speed aesthetics. And that spirit is certainly passed down to the latest Alpha design. 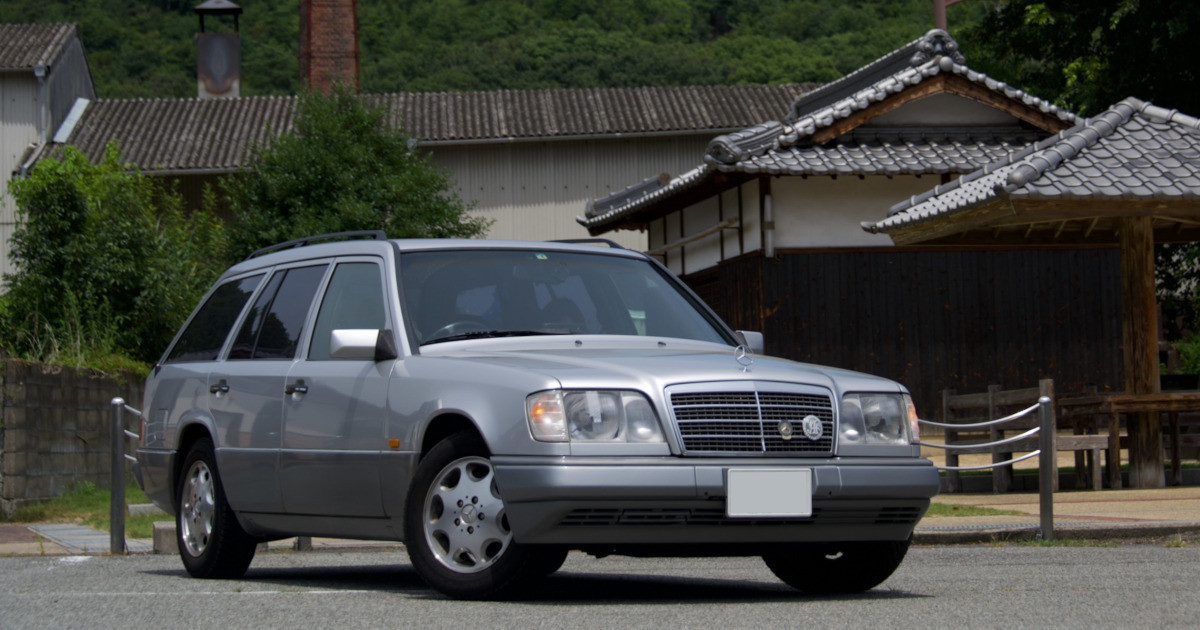 If you live with a famous car-Mercedes "S124" with sorrowful feelings-There is a second famous car? "S124" is almost the same purchase price and maintenance cost!