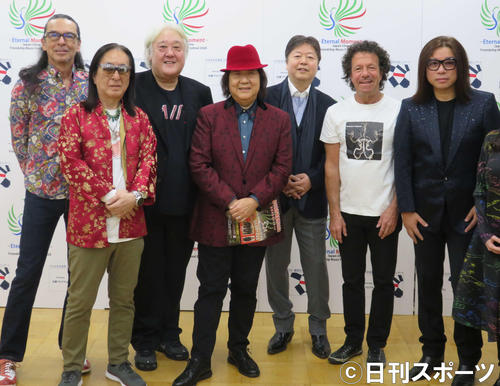 It was learned from an interview with related people on the 12th that Godigo's guitar, Takami Asano, died. I was 68 years old.

Around 10 a.m. on that day, a family member found him in a cardiopulmonary arrest at his home in Tokyo, and although he was transported by ambulance, he was confirmed dead.

Mr. Asano also appeared at the Nakano Sun Plaza in Tokyo and Shanghai in November last year, according to people familiar with the matter. He had colorectal cancer 10 years ago but he was completely cured. At the end of March of this year, he was hospitalized with collagen disease, but was discharged on the 20th of last month. At the end of the same month, it was said that he was in good contact with the people concerned and Yukihide Takekawa [67] over the phone. He updated Facebook on 9th of this month and posted a post hoping for the convergence of the new coronavirus.

Asano started working as a professional guitarist at the age of 16 and joined Godaigo in 1975, playing an active role as a guitar and vocal. After the temporary suspension of Godiego in 1985, he was involved in a wide range of activities such as producing and composing game music, and in 1995 he was also in charge of producing the debut song "TOMORROW" of Mayu Okamoto [46].

Takekawa on the official website, "I was an almighty guitarist who played the guitar to any song of mine, and was a delightful companion." Mickey Yoshino [68] on Twitter said, "I'm too sad. I can't say a word now, I just have tears."

Tears on the Earth of Stars THE MUSICAL: "Earth Gorgeous" Formed 25 …

Nogizaka46 Mizuki Yamashita: Dr. Yamashita showed up in a white robe as a doctor.