This year's annual slot car race was held on February 8th, where formerly famous racing drivers gathered and competed for speed with models rather than actual cars. At the 13th Nosweb.jp Legends Slotcar Race, this year, Nosweb participated as a tournament sponsor, as can be seen from the tournament name. Sixteen drivers participated in a friendly and serious speed race.

In addition, the “Inter Proto Series” will be set up this time, and Masanori Sekiya and Ronnie Quintarelli, who play a central role in actual car racing, will participate in this race. Pierre Kitagawa served as the announcement in the hall, and a hot race was held with a sense of realism that was as good as the actual car race.
The race was divided into three groups and six races were conducted, with the total number of laps being competed. Harukuni Takahashi, who is strong in this race, has won the most laps this year and won. Harukuni, who played an active part in the Toyota contract, is a natural speedist who is known as a driver of the 1968 All-Japan Driver Championship T-㈵ section champion, a driver who made a blow on the Skyline GT-R in his debut race with the Toyota 1600GT. .
昌 Masao Katagiri won the second place, one rub behind Harukuni. A driver who played an active part in the motor sports scene in the 1960s as a privateer, and also used Eva Gangnam unique to Katagiri as a slot car. The car setting that made fans wonder if there was such a slot car and was convinced was an important point.
Third place is Hiroaki Taga, who won the crown at the 1st Japan Grand Prix. He is the oldest member of the Legend Racing Driver Club and was the first chairman of the Toyota Motor Sports Club [TMSC], one of the oldest motor sports clubs in Japan.
晴 In a victorious interview, Harukuni's comment, "What are you doing, the young driver who lost to Taga?" Was a laugh and at the same time conveyed the vitality of the club, which was full of dynamism.

The 13th Nosweb.jp Legends Slotcar Race in 2020 was held with 16 Legend Racing Drivers. It's true that Hiroshi Funakoda is working as the coordinator of the club.

Legend drivers who participated in writing commemorative signs on Nosweb banners. The photo shows "Yanagita in Z" and "Yanagida in the rain", Haruto Yanagida and Hiroshi Funakoda who attends it. Many fans who ask for the driver's signature came.

Harukuni Takahashi who won. The legends are not easy to reach every time, despite the defeat of "Harukuni". On the other hand, two experienced veterans, Katagiri and Taga, occupied the second and third places, provoking "What is happening to young people?"

Masao Katagiri, who managed Eva Gangnam and achieved second place. Next time, we will show off the fighting spirit that strikes a challenge to Harukuni. A racing driver seems to have a strong fighting spirit at any age.

The third-placed Hiroaki Taga is 85 years old. Japan's first slot car boom began in the late 1960s. Currently around the age of 70, Taga is in the middle of the boom and is a higher generation. It was wonderful, it was an activity that was just a word.

Masanori Sekiya, who contributes to the Legend Racing Driver Race by VITA, also participates in the Interproto series. In this race, Ronnie Quintarelli, a rare player, participates in parent and child.

The Geibunsha team also participated in the event from the organizer. All the members are far from slot car races, and of course the results are lower. However, he seemed to have woken up to the fun of running, and he is looking forward to his next activity. We'll see what happens. 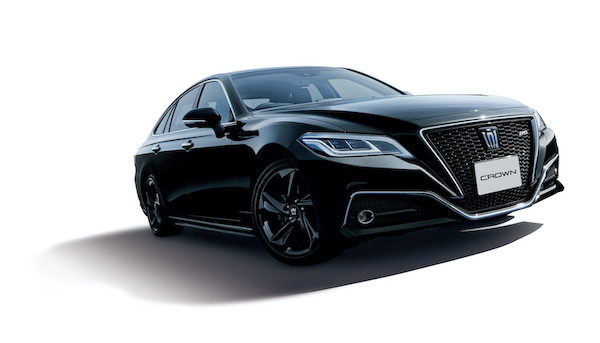 good news! Ferrari plant scheduled to return to full production on May 8