For owner Hirohiko Saito, the German Honda S800 Coupe is the fourth Honda S, which is the German vehicle of this year's coverage.

“I used to ride a white S600 coupe long ago, but I was introduced by an acquaintance about this S800 coupe about 12 years ago and bought it because it was nostalgic.”

Mr. Saito, who has an open S600 in the past and now also has a yellow S800, is the president of a sheet metal painting and vehicle maintenance / sales company called “Body Shop Saito” in Inami-cho, Hyogo. As a professional on that road, I imagined that this S800 Coupe was restored until I was satisfied, but that was not the case.

“It seems that the original paint color was light blue, but it was completely painted in Germany. It is still imported. Well, because I am a professional of sheet metal painting, there are parts that I easily repainted the surface.”

The German craftsman's work seems to have been accepted to some extent by Mr. Saito, and the sanding technique that smoothes the surface with a paper file, especially with a putty, was said to have been "good enough".

“Sheet metal, but sanding is good. Because the back of the front hood is wavy, but the top painted surface is clean and flat.”

While explaining so, Mr. Saito struggled while pressing his palm on the front hood. 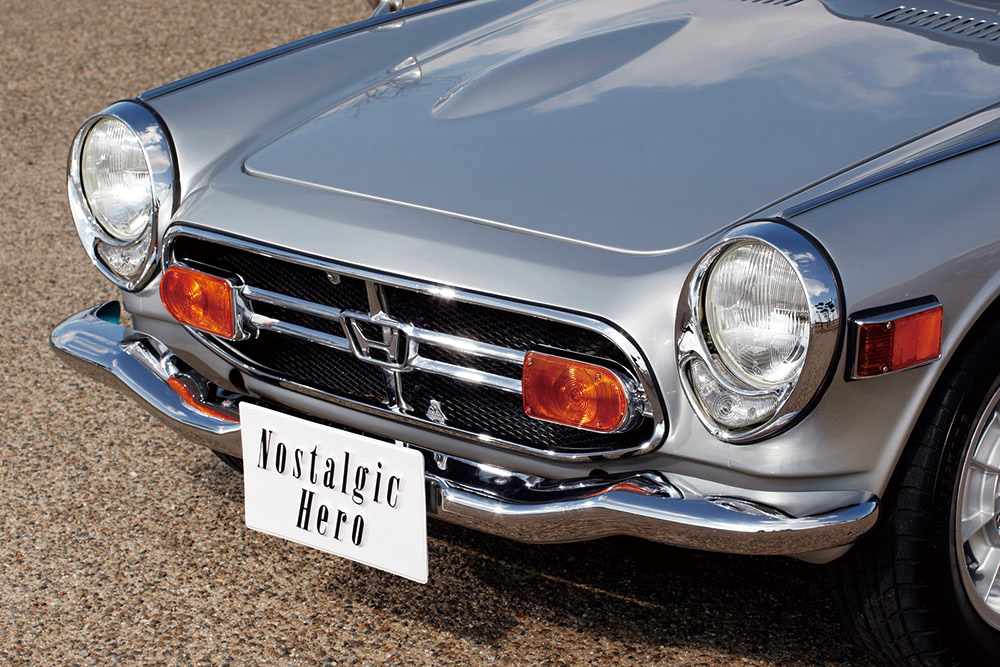 Because it is an export specification, the winker lens attached to the front grille is equipped with a large Honda S. 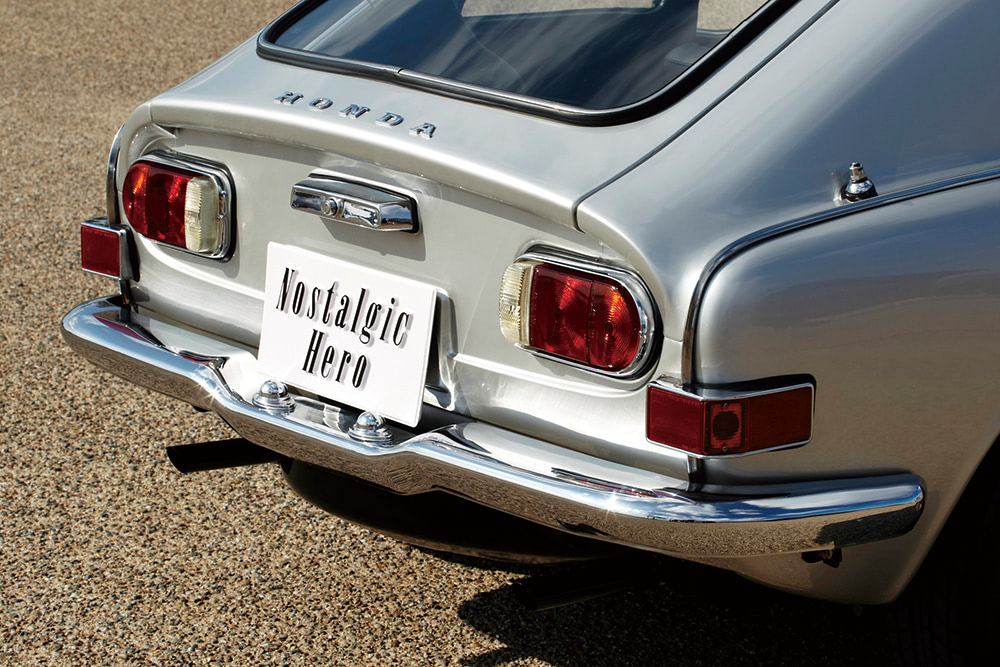 The rear combination lamp was replaced with a re-product lens for safety reasons because the original parts that were originally attached were missing. 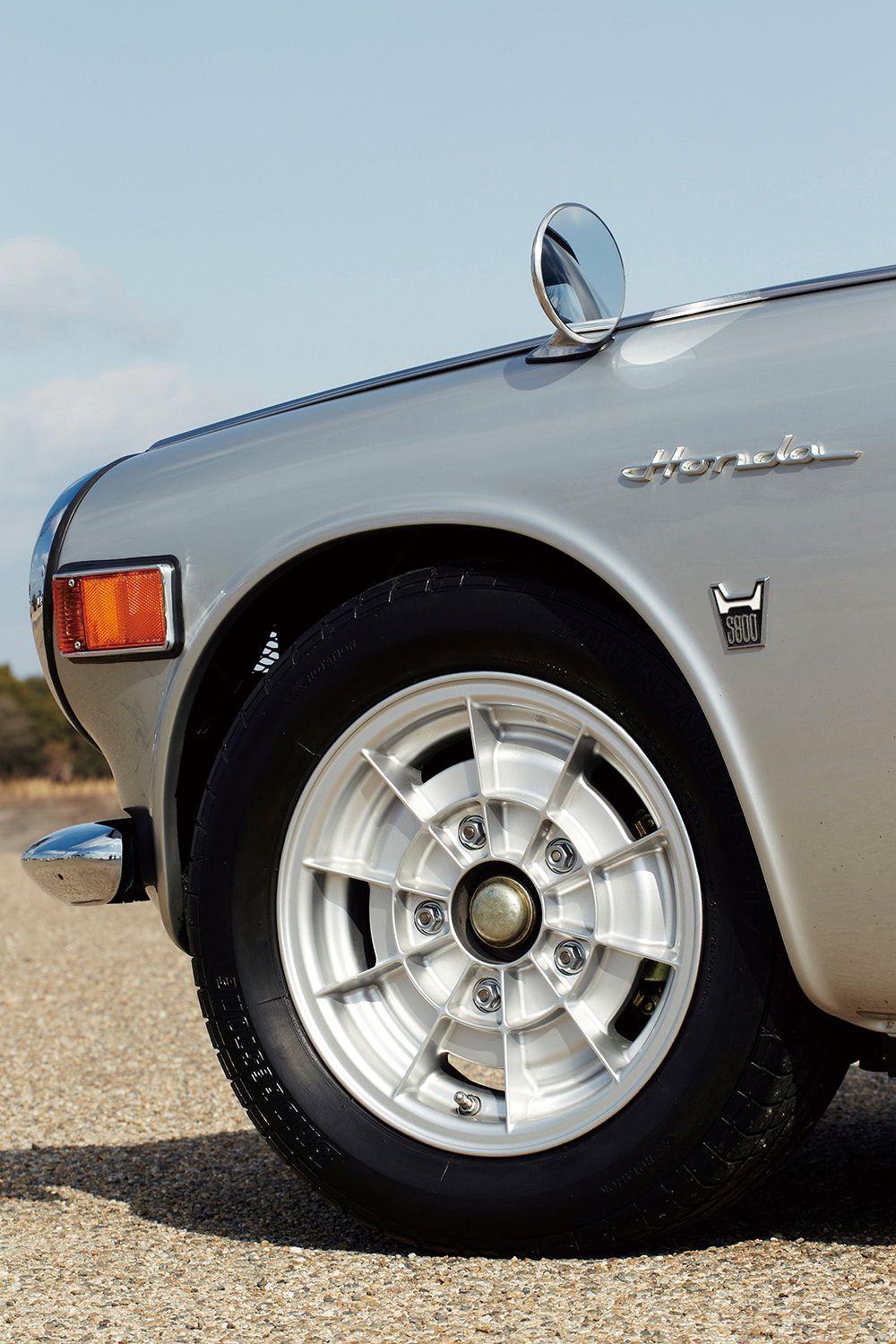 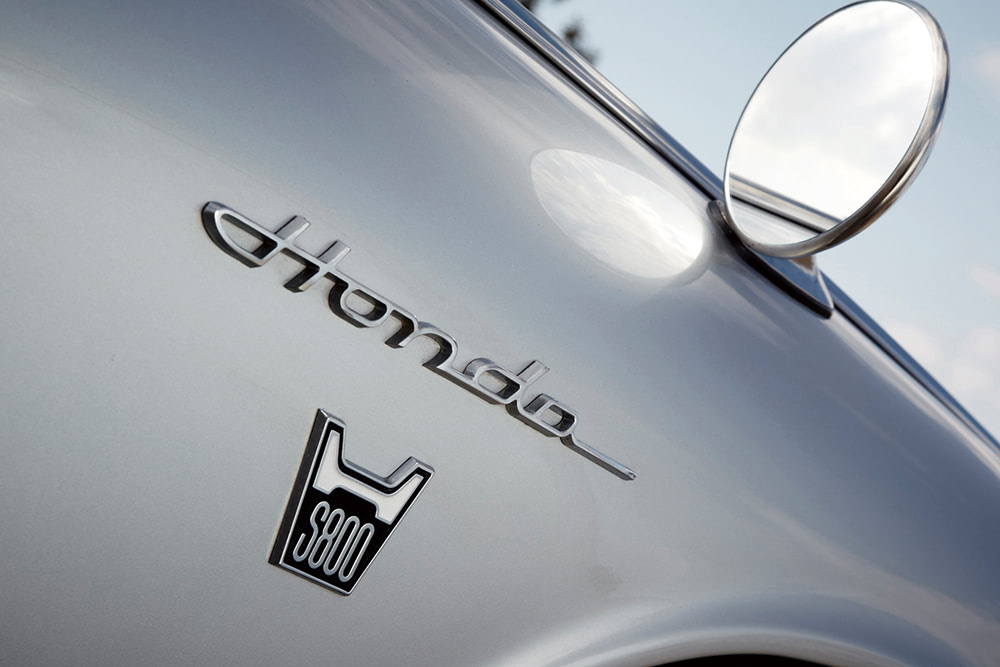 A beautifully polished emblem. Although it is originally a door mirror for export, it was moved to a fender.