When the year changes, I think some companies will assign new employees to the site.

And not only new managers who have become new managers but also people who employ young people these days lament that "I do not understand the values ​​of young people today" and they are worried that they will not move as expected. ..

Nevertheless, once hired, they must prevent them from leaving and make them a force. Therefore, I would like to propose what you should do while understanding the recent youth disposition.

How are young people today different from leader generations?
The most distinctive feature is the unusually strong desire for approval.

It can be said that the feeling of wanting to see and to acknowledge oneself is far stronger than the current middle-aged generation. And, overturning the strength of this appetite for approval, I am extremely afraid of not being approved, that is, being denied.

Being scolded and failing because of the pride that the surroundings must have high evaluations, it will lower my evaluation, and I cannot bear it.

In addition, one of the major characteristics is that he is struck and weak because he has little experience of being scolded. Even with a light reprimand, "Why do you feel depressed about that?", I feel unbearable pain.

◆ Justification of self is to maintain self-esteem
Others have the opposite reaction. Some people have excessive self-justification behavior and self-reaction when they are scolded because they do not want to be considered worthless or want to be looked down.

For example, it is that with a little caution you can be rebellious, make excuses, shy, apologize, or pass on responsibility if it's not your fault. If they do not protect themselves in this way, they cannot maintain self-esteem.

In addition, some people rush into human resources and general affairs, saying that it is “powerful”.

Companies are nervous about power harassment and sexual harassment because they are exposed to the Internet and catch fire when something happens, which affects sales and stock prices.

Against this background, leaders get excited without knowing what is said to be sexual harassment, and think that it is better not to talk to them so much that they can get away from female employees.

◆ Training based on the modern youth temperament
In any case, those who joined the employment ice age after the burst of the bubble were relatively stress-resistant.

On the other hand, the people who have joined the company in recent years have little experience of frustration, and have the aspect that they are extremely struck and weak.

Therefore, if you make a mistake or get scolded at work, the surroundings will be more injured and depressed than you think. They are afraid that their inability is exposed and their reputation is lowered.

That's why it's said to be herbivorous, and it's no exaggeration to say that young people these days are almost suffering from a "disease that they don't want to hurt." Therefore, if you scold like the current middle-aged generation, you will immediately leave the company.

However, this expression is a bit exaggerated to make it easier to understand the general trends of young employees, so of course some young employees do not.

Nonetheless, such subordinates rarely have a situation in which they have to hold their heads, and they are brought up on their own.

◆ At first, things such as job responsibilities are unknown
After a little overtime work, I sometimes make a fuss that it's a black company.

Since there is no end to the reports and bashing of black companies, if they are treated a little hard, they will try to protect themselves by thinking "I can say that it is a black company".

According to one news, one in three people in their 20s thinks that the company they work for is “black” or “rather black”.

However, this is also unavoidable. All the teachers at the school were kind and taught me how to proceed. But that's natural, because students are customers for schools and teachers.

When I was a student, I was treated as a customer, and I knew only the protected world and went out into society, where I was forced to work for 8 hours or 10 hours, so I have no strength to endure both mentally and physically.

Furthermore, there are few occasions where schools are forced to take responsibility for themselves, so there is no reluctance to assert their rights without fulfilling their obligations. If you do not have the experience of a part-time job, you will never understand the responsibility of doing a job and getting a salary in return.

It is such a person who is reluctant to say "I am doing my best!" When scolded, and I do not know that the evaluation of work is not something I do by myself, but around me.

In the first place, I tend to find it difficult to work because I can't understand that my work ability cannot be achieved mentally and skillfully if I don't overload myself.

◆ Explain the meaning of work one by one
In addition, young people these days have been asked for their individuality and personality since they were in junior high and high school, and even after entering university, they were asked about career design and their favorite things such as work, and since they were doing job hunting, they seem to contribute to their careers. I tend not to do anything other than what I want to do or what I want to do.

The "interesting work" they say is something that expects some fun to play and club activities.

However, this is not the case in reality, and there are many people who are discouraged and quit, saying, "It wasn't supposed to be like this." "I didn't enter this company to do this."

When I go into society, my boss is not a teacher, and I don't understand that the company is not a school. When I enter the company, my boss and seniors teach me various things, and the company self-fulfills. Since I've been working with a dream, I'm confused by the reality.

Some of them are too stupid to do ridiculous and steady work, and may flee to outside study sessions and qualifications. I am motivated, but I do not go to the work in front of me and I look for a blue bird.

On the other hand, the leader generation feels as an experience that the work has become more interesting as they have more things to do while working hard and working on it.

Also, if I get confused by various human relationships and I give instructions for work, I will be able to understand and accept the contradictions and unreasonableness of society and companies, and realize the importance of doing my best without cluttering. I am.

◆ Leaders need "perseverance" to lead younger patience
However, even if you ask the current generation to say, "Shut up and work!" So we have to successfully verbalize it and explain it.

For example, the enjoyment of work is a sense of accomplishment and satisfaction of overcoming tough things, not something that can be understood in a few days or months.

Therefore, if you are urgently looking for fun, it can be said that you are in danger of being in the middle of the job hopper.

There is a risk that if you only work with bias, you will not have a comprehensive view of your work due to the narrowing of your horizons, and it will be unusable due to future skill needs and changes in the environment.

Having many jobs, including miscellaneous tasks that occur both inside and outside the company, will also help you understand and understand the entire operation, including the value chain and workflow.

Besides, abilities beyond what I can imagine do not bloom until I try.

It is necessary to teach what it means to improve the ability of work so that it is not difficult to impose such things and preaching is not uncomfortable.

What is the average amount of "remittance" for college students? 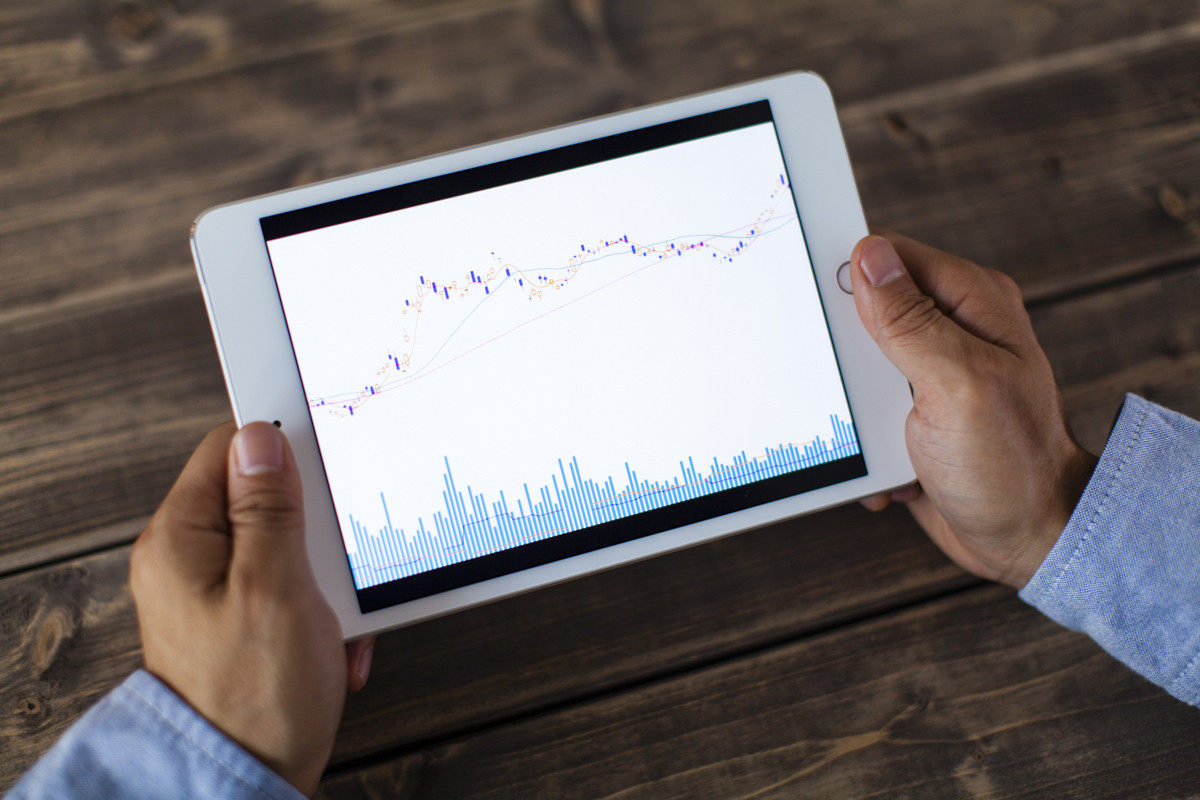 The ABCs of shareholder benefit 6 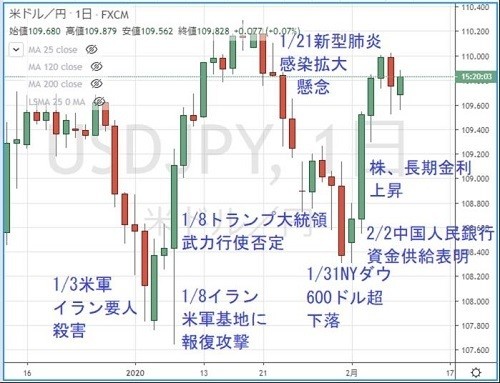 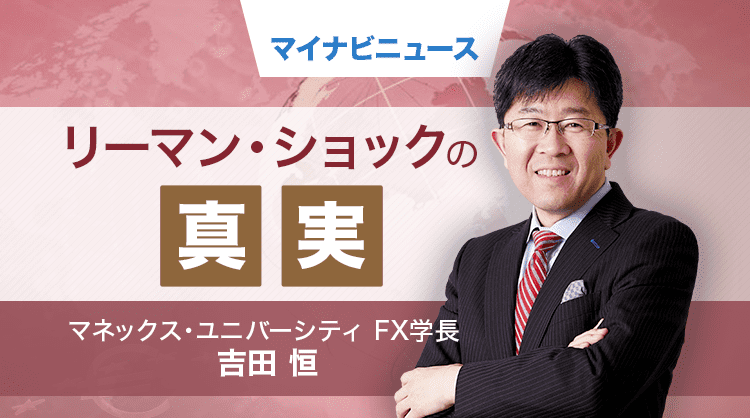 That's right! The truth of the FX big market 49th How did you escape the "despair" of Lehman shock?