Suddenly, the other day I discovered a product that I was really interested in. What is worrisome about the product is the product name. that is"Magic powder that makes cup ramen even more delicious"That's why.

As the name suggests, it is a powder that makes cup ramen delicious just by sprinkling. I think this is worth trying,Royal road cup noodles and range ramen,Payang sauce yakisobaI decided to sprinkle magic powder on these three.

When I looked into it, it seems that there are several "magic powders that make cup ramen even more delicious". What I bought this time is a product that Don Quixote's original brand “Passion Price” collaborates with food manufacturer “Ajigen”. Therefore, the passion price and the logo of the taste source are written on the product package.

The place where I bought it was also Donki, but when I looked it up, it seemed to be available online. Also, since there are several kinds of magic powder from the taste sources, I think that you can purchase not only Donki but also.

Then, I will verify if magic powder is really delicious. First of all, let's introduce the three ramen used in this survey!

The first is from cup ramenCup noodles [soy sauce flavor].The second one is ramen noodles, from ramen to eat warmed in the rangeMiso Ramen.The third is the same cup noodle,Payang sauce yakisobaTry it out.

And in the investigation, the only problem is “change in taste”. Each person has different tastes, so it's hard to understand how delicious it is with words alone. for that reasonBefore and after applying the powder, each was evaluated with a system that evaluates the taste with a maximum of 10 points.

This is because I thought it would be easier to understand how the taste changed before and after applying the powder. However, since it is the score that I personally gave,I want you to understand that there are individual differences.

Before applying the flour, the miso ramen that was warmed in the range was slightly delicious compared to the other cup noodles. And the two cup noodles are not delicious, but the taste of cup noodles is still good. When scored,5 Miso Ramen, 4 Cup Noodles, 4 Peyoung.

All three were in the normal range, but how does it really change when powdered? Magic powderAbout 1 to 3 teaspoons in cup ramenSo I sprinkled each while adjusting while eating.

The score of the three ramen after applying the powder …

…… Peyoung has 10 points !? The rate of change is amazing, but I will start with the miso ramen first. Miso ramen has a strong taste,When magic powder was added, the richness of the miso increased and it changed deliciously.I feel that the miso has become a thicker soup than before the flour.

Next was cup noodles, which were “magic powder that would make cup ramen even more delicious” but did not change much. Why?The true nature of this magic powder is fish meal.As a result of confirming the raw material names, powders such as clams, bonito, dried swordfish, swordfish and scallops were included.

Perhaps the strong scent of seafood contained in the magic powder and the soy sauce flavor of cup noodles could not be harmonized well. An exquisite line that tastes better in an atmosphere where the taste is separated. However,I personally like seafood, so I added 2 more points than before.

And about Pey Young Sauce and Yakisoba which became 10 points, this isThe taste changed so much that I wanted to say that I should make a loud voice and apply magic powder! *Magic powder supplements the peculiar taste of cup noodles.

A magical powder blends into the sweetness of Payangsa sauce and is delicious. Leave a sense of seafood after the sauce,It's so delicious that I can't get one.

By the wayThe price is 378 yenAnd the content is 70 grams. It can be used for cup ramen, and it can also be used for everyday noodle dishes. Recommended for those who like noodles, not just cup ramen!

I tried to shoot a thick roll with "Sushi Bazooka" from New Zealand / Sushi is delicious even if it fails to fire! 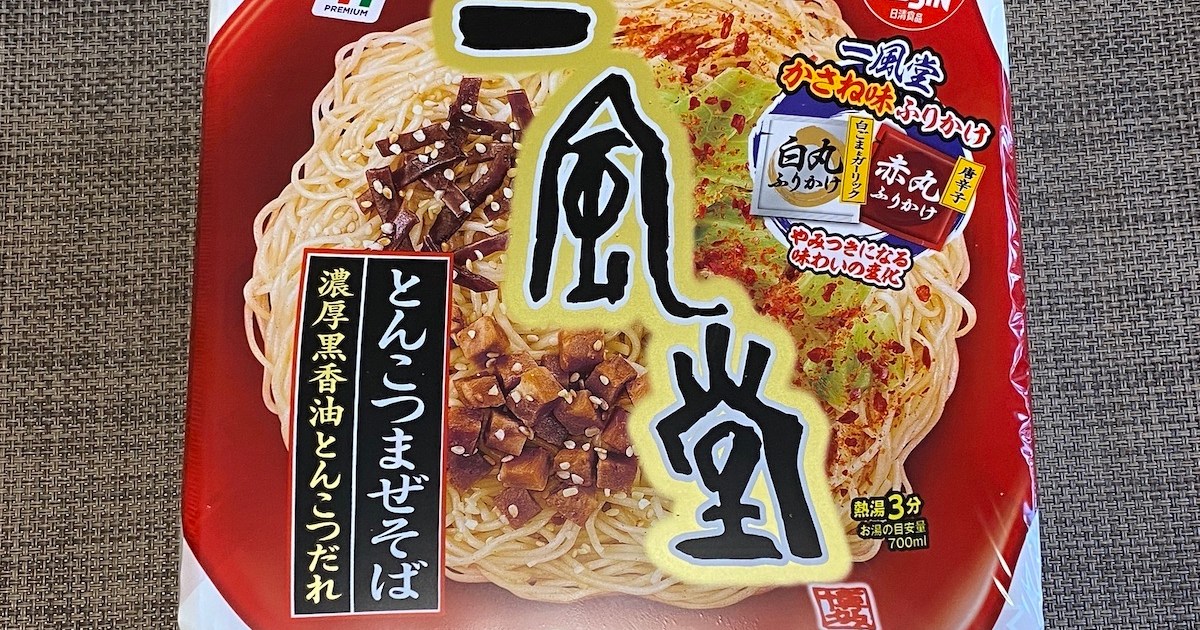 I can't eat at the store! Impressions of people from Fukuoka eating "Ippudo Tonkotsu Mazesoba", which is only available in Seven

Retro game machine "Pocket Player" with three titles in one unit is too great! I cried because the music of "Druaga Tower" was too good!

One of the best dark soups when you enter an unnamed standing buckwheat noodle shop! Asked the name of the shop at "Mysterious Soba Shop" in Asakusabashi / Standing Eating Soba Wandering: 224

When I asked a Maasai warrior, "Tanzania's corona response seems to be dangerous …" / Masai Tsushin: The 369th