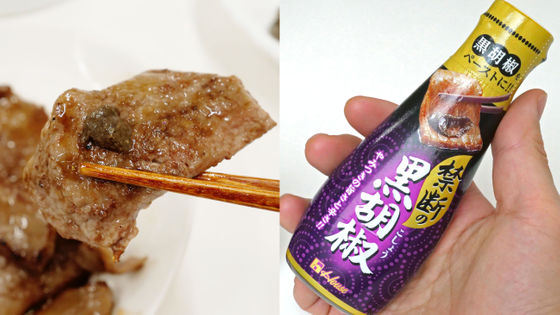 A seasoning that squeezes the aroma and richness of black pepper, garlic and onion powder from house foods “Forbidden black pepper]Has appeared. I tried "forbidden black pepper" that can be enjoyed with addictiveness and spiciness when eaten over meat and actually put it on various meats and ate.

This is "forbidden black pepper". An illustration of a roasted meat being picked with chopsticks in a dark purple package similar to the color of an eggplant. 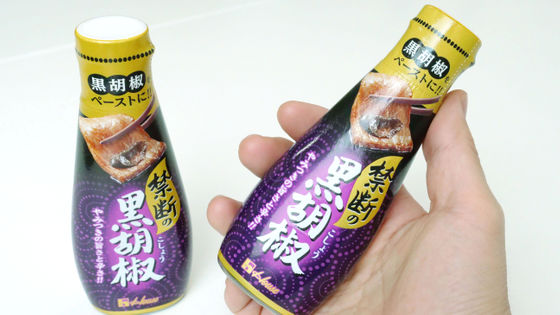 Looking at the raw materials, you can see that not only black pepper but also various other raw materials such as black pepper, sesame paste, onion powder, mixed oil of tallow and tallow, and garlic oil are contained. Open it right away and put it in a spoon and it looks like this. It looks like sesame paste. 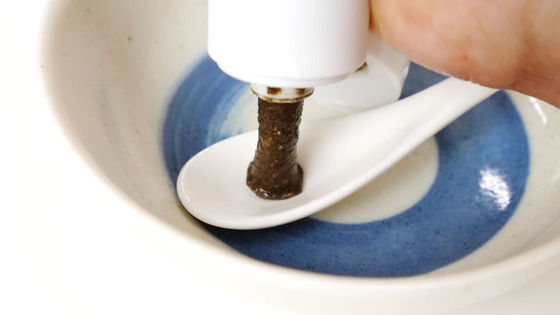 When I licked it as it was, the flavor of black pepper was intense, and it was enough to take it down. Although the impact of black pepper is strong, it seems to be hiding, but the taste and richness of garlic and tallow butterflies are quite solid, and the aftertaste has the spicyness of black pepper and the taste of Chinese seasoning remained . The texture is slightly granulated, but almost completely paste. It doesn't contain solids like pepper. 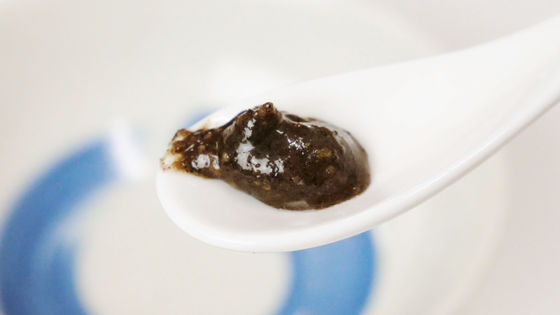 Forbidden black pepper is recommended to be eaten as it is on grilled meat, so I will actually practice it with various types of meat. 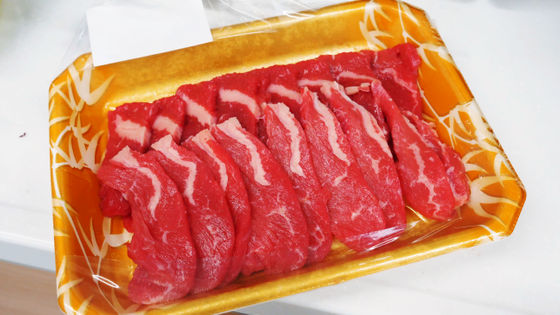 The grilled meat is completed. 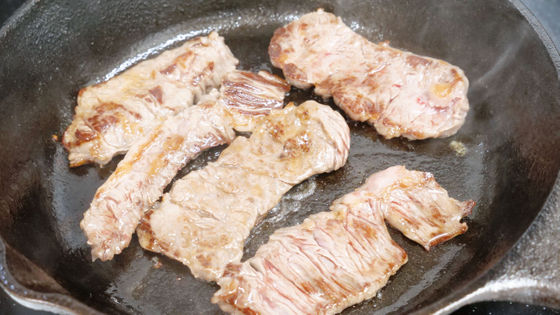 Eat the baked meat with black pepper forbidden. It is said that 2 teaspoons (about 12g) is an appropriate amount for 200g of meat, so it is enough that 1g of meat is not enough. 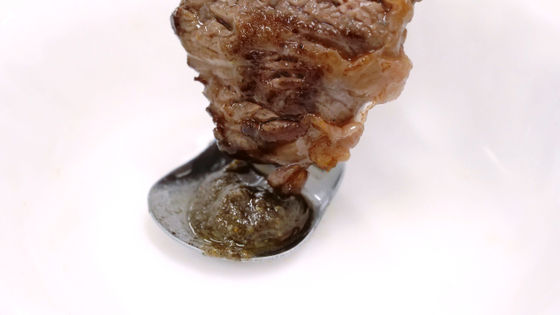 When I ate it with beef harami, it was different from ordinary salted pepper with the impression that the flavor of garlic and the umami and richness of tallow butterfat were good, as well as the strength of black pepper flavor It tasted. 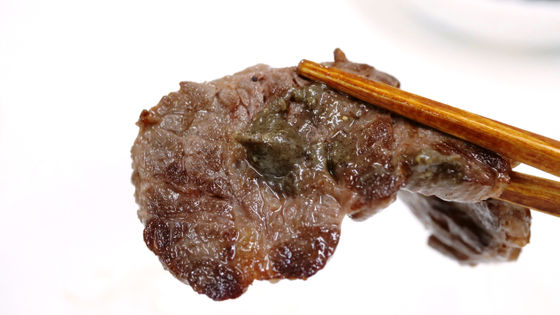 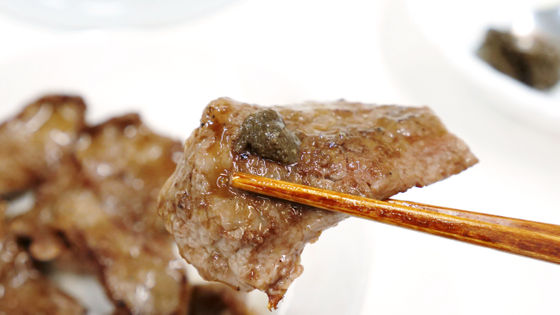 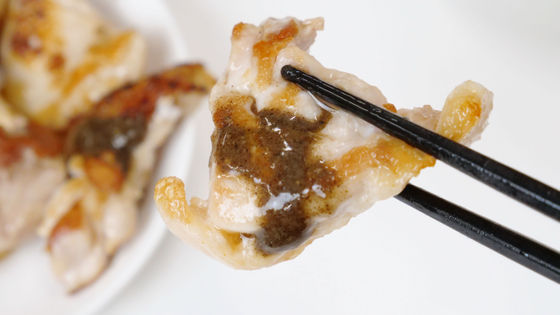 Also in the houseOfficial pageThen, as a "forbidden recipe", a dish using forbidden black pepper was introduced, so I decided to make it. This time from thatForbidden black cheese toast"Create a. 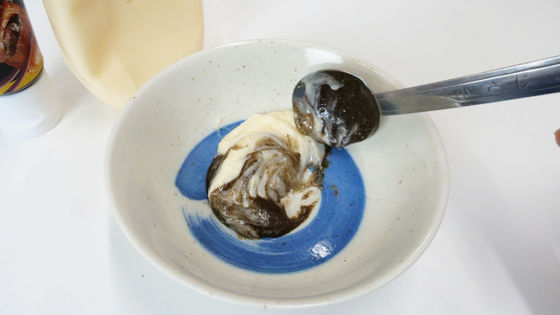 Paint on the toast … Put the melting cheese on it. Bake for 2 to 3 minutes in an oven toaster. This time, I baked for two and a half minutes. 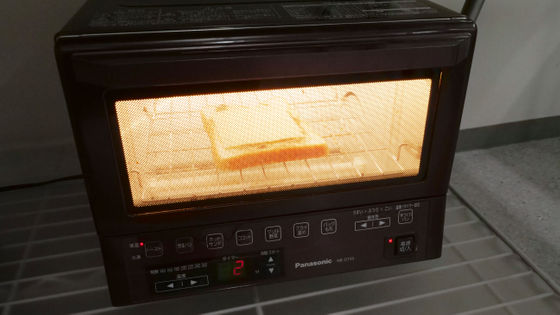 When I ate it, mayonnaise emphasized the flavor and richness of forbidden black pepper, and the flavor of black pepper went well with cheese toast, and it tasted quite ant. 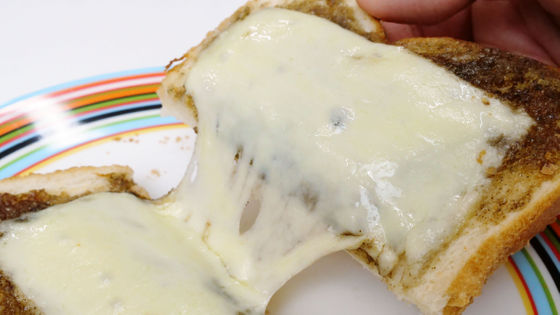 In addition, forbidden black cheese toast was officially recommended to apply honey if you like, so I baked another piece and tried honey. When you actually eat it, it is a toast that you can enjoy the contrast of honey's sweetness and forbidden black pepper's spicy spiciness. However, many of the editorial staff who sampled said that the pears worked well and the pears worked well, and the cheese was firmly felt. "Forbidden black pepper" is available at supermarkets nationwide from February 10, 2020 at a retail price of 358 yen, excluding tax. 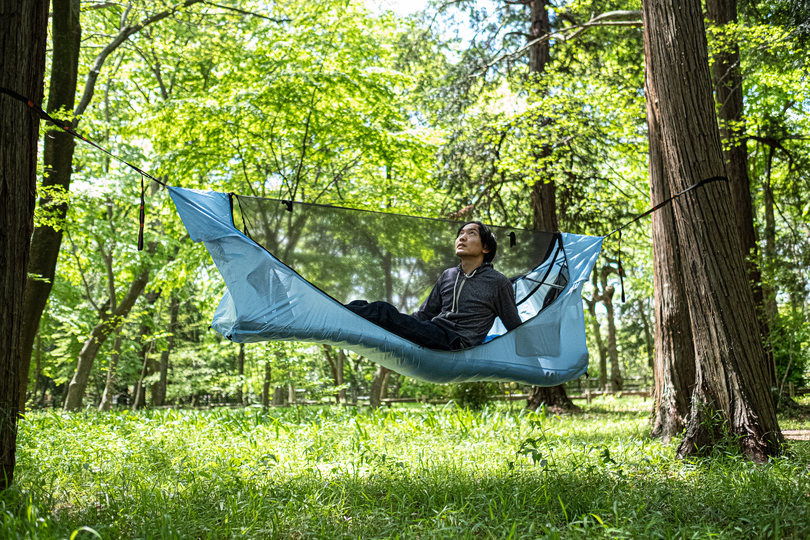 The mystery that most of the crew members of the aircraft carrier with a large number of new coronavirus infections are asymptomatic, the Secretary of Defense is also puzzled 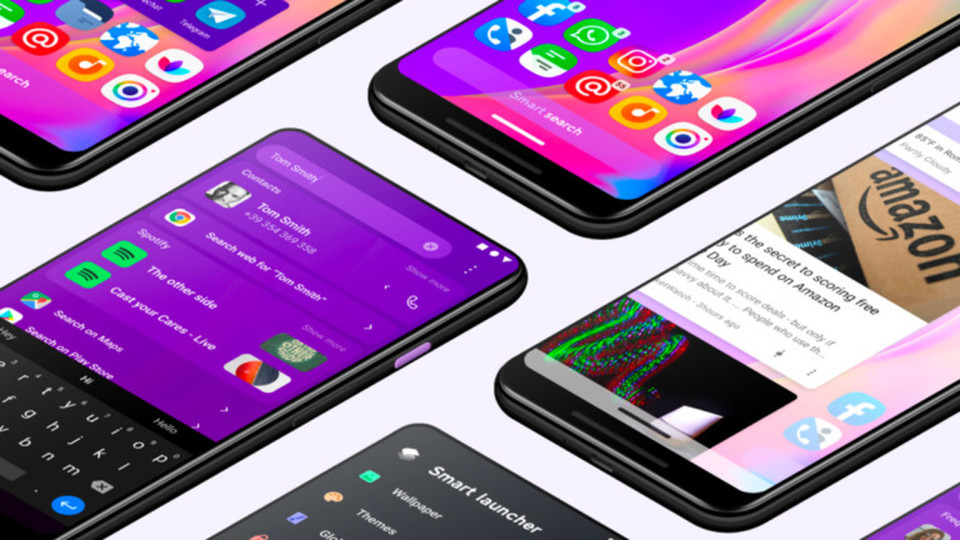 9 apps that can customize Android more to your liking 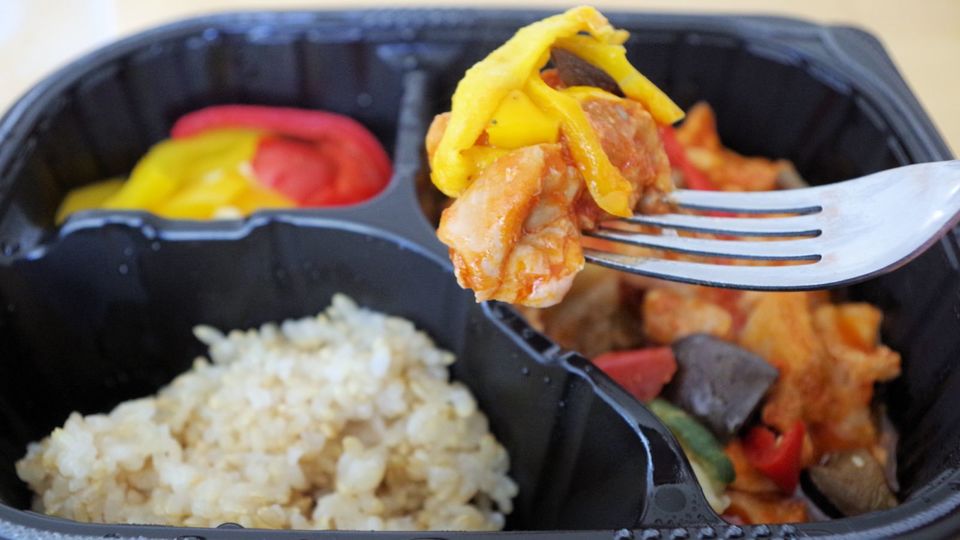 Just warm it in the microwave. Muscle Deli's MAINTAIN Meal Review, where you can enjoy delicious high-protein, low-calorie meals anytime