Legendary mechanic called God of GT-R
The keyword that hit the topic of the first generation GT-R in 2019, Hakosuka, Kenmelli owner, fans and stakeholders, is undoubtedly Shigeru Watanabe.

茂 Mr. Shigeru Watanabe is the founder of "GT-R Service Watanabe" based in Imari City, Saga Prefecture, and is a legendary mechanic called "God of GT-R". After purchasing the KPGC10 with a new car in 1971, he started his racing activities and overhauled more than 300 S20 engines before his death in November 2018, devoting his life to the GT-R.

Shigeru Watanabe's episodes are undeniable, so I decided to give it to another opportunity, not just after his death, but in 19 years after the passage of the days, the reason that the industry was busy for three days from November 15 The event was held at the circuit, the "Sound of Engine" and the "SIGERU WATANABE MEMORIAL AUCTION" was held together.

イ ベ ン ト This event is the “BH Auction” that hosts Japan's largest collectable car auction. "The late Shigeru Watanabe was named as the god of GT-R. All of them were auctioned," and the stocked main parts were brought to the Suzuka Circuit special venue.

Although the introduction has become longer, the key feature of this running event of the Sound of Engine is the 72-year-old KPGC10 racing introduced this time. This GT-R with Nissan Works color in red and white was a machine where Mr. Watanabe participated in the race as a privateer, and in his lifetime he said that he was “ never give up '' It's like a spiritual pillar.

The feet are fitted with Gody magnesium wheels and Dunlop racing tires. Driving might be dangerous because it was a thing at that time.

The side exhaust dual muffler visible under the front passenger door provides a powerful racing sound.

A breather hose that extends upward along the rear window is used to release air from the fuel tank. There may be the opposite side.

An air duct is also installed on the driver side C pillar. There is a badge on the passenger seat proving that you are a member of the Atsubo Circuit.

The exhaust manifold is for works that weld panels called monakas. Ribs are provided to prevent cracking due to vibration.

The propeller shaft is a two-split type, which suppresses vibrations generated at high rotation. It is a race specification at the time when the R192 differential was equipped with an Alfin cover and rear stabilizer. 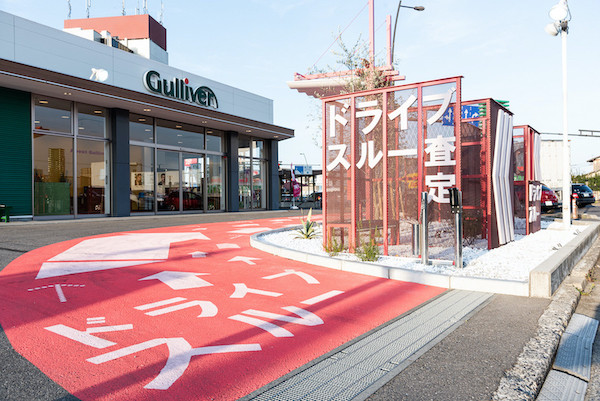