Suzuran Yamauchi was announced to transfer from AKB48 to SKE48 at the “Large Building” in February 2014. SKE48 life is already a long calculation because it has just celebrated its 10th anniversary.

The last time I wrote how Suzuran Yamauchi suffered in Nagoya and how he got out of it, but now the contents of his head are completely occupied by SKE48. In this interview, I talked about other themes, but the topic naturally moved to SKE48. Juniors live in my head.

Yamauchi: What I'm interested in now is the growth of juniors. Which points are growing and which are not reaching. If you think something good is good, I want to be someone who can show on my back by the time I graduate because my team S is a young team. ''

The average age of Team S is 18.5 years. There are 8 active junior and senior high school students. The oldest is Yamauchi, who will be 25 years old on December 8th. It is natural that awareness has emerged. Even after the performance is over, there is a fever in the review meeting.

Yamauchi "First of all, I try to listen to everyone's opinions. I don't want to just push my own opinions, so I think that my role is to add some of the members' opinions. It ’s usually MC, because it ’s the next time someone speaks, maybe it ’s better not to go forward, or you ’ve been told earlier what you were thinking about. MC is a lot of trouble for children, and what I think is that everyone is good at seeing people around, but they are not good at pushing out their existence in front of them. I often talk about “Theatrical performances are a good place to try new things, so it ’s better to go crazy.” Singing and dancing I think everyone is doing it, so the challenge for Team S now is how to entertain elsewhere. "

SKE48's review meeting is longer than other groups. It is a tradition that has lasted for over 11 years and has been handed down to younger generations. In Team S, Aya Kitakawa graduated all the time in September, so the situation of no leaders continues. At the moment, the review meeting is at the center …

Yamauchi "Vice leaders [Matsumoto] Keiko, Ogisu [Sugiyama Manaka], [Nojima] Yukino and others have come up with ideas. Especially, Ogi brings interesting things every time [laughs]. There are also some children, research students who enter under, etc. They think of a game that puts such a child in a circle, but if you rely on it, you will not be able to acquire the talk ability, I'm saying “Let's do it once in a while.” But it ’s not just about the team, it ’s a team that has a strong desire to excite SKE48 and find new things. ”

Yamauchi is playing a role under the edge. I don't have to go forward. The first priority is to improve team power. It is said that the Shinkansen is sometimes sent from Tokyo to Nagoya in order to get advice from troubled members. Behind such behavior is the desire to give back to the group that accepted and changed them.

Yamauchi: “I have myself now, thanks to AKB48, and also thanks to SKE48. I want to use my time to give back in the future. SKE48 has celebrated its 11th anniversary. I wanted to do a job for SKE48, and if it was a golf-related program, I could become an advertising tower. "

This was also the case with Sae Miyazawa. So is Mina Ohba. Members who have transferred to SKE48 from other groups tend to touch the charm of the group and become fond of it.

Yamauchi: After all, SKE48 is a hot group. The stage is so hot that it's going to fire. Humans are moved by the heat. AKB48 doesn't have no heat. It's difficult, but … SKE48 has the kind of heat and charm that only SKE48 has, and it involves people. "

There are many male fans in their 30s who gather at the SKE48 theater. why? This is because there is a feeling of “support” that I want my reward to be rewarded or SKE48. The power of these children is not enough. If so, I want to help because I'm fine. Is there such a psychology?

Among the members, Yamauchi, who is in the senior category, sometimes feels like fans.

Yamauchi "Young children cry straight. And in front of me, if you look at them, it's frustrating. Why are these young children so worried? I'm also seeing the places where I'm dancing and sweating right away, and I'd like to help these kids too, if I wasn't SKE48, I would quit. I don't want everyone to quit with a feeling of regret or a little broken heart.

What I saw after 10 years was gratitude. Moving that feeling into action is fun and inevitable in Yamauchi today. 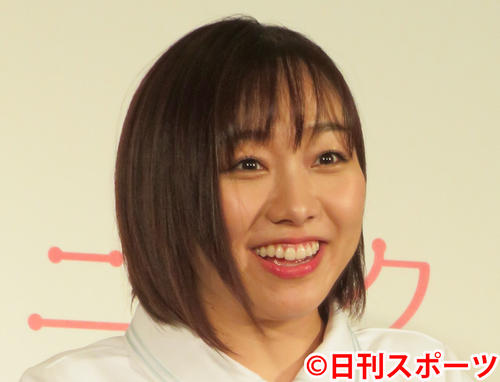 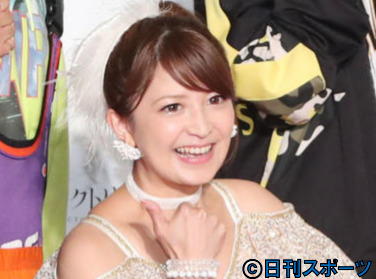 Mari Yaguchi, thanks to her husband who struggles to balance work and housework

Topics on the net! Kento Kaku's own Instagram 4-frame comic is mentioned "There is no way to use my hidden 4-frame cartoon technology!"