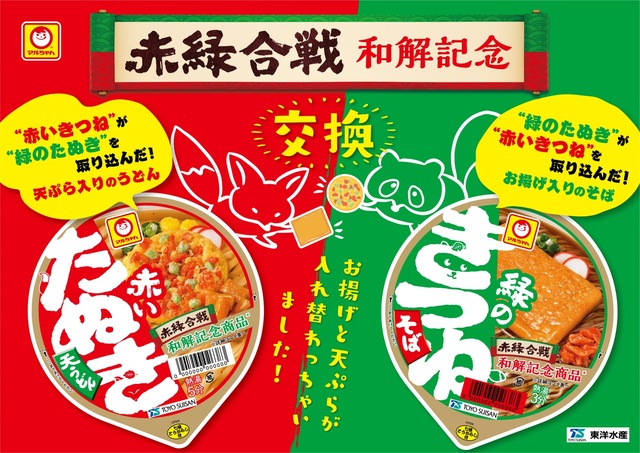 ■ End in the form of reconciliation

In the "Which one are you !? Eat, compare and vote!" Campaign that started in 2018, "Red Kitsune" won the victory for the second consecutive year, and "Red Tanuki Ten Udon" and "More Red Tanuki" that were listed in the manifest. "Ten Udon" has been released.

In the red-green battle, which was the final battle in the third year, the number of votes for "Red Kitsune" was 8,884, the percentage of votes was 49.5%, the number of votes for "Green Tanuki" was 9,065, and the percentage of votes was 50.5%. "Green Tanuki Tensoba" won the first victory with 181 votes and 1 point of voter turnout. This time, we celebrated each other's good fights and ended in the form of reconciliation, so in commemoration of that "reconciliation", we released new products of collaboration between the two, "Red Tanuki Ten Udon" and "Green Kitsune Soba". It was decided to do.

■ Product overview
"Red Tanuki Ten Udon"
The chewy udon is matched with the soup stock made with Japanese-style soup stock of bonito and various seafood. The ingredients are tempura based on the small shrimp tempura that is familiar with "Green Tanuki Tensoba", and fried "Red Kitsune Udon" fried in a size that is easy to eat. .. 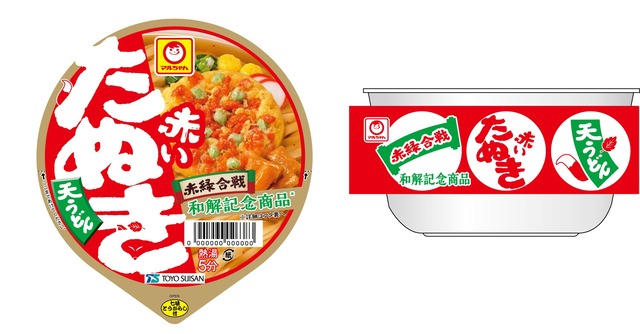 In addition to the smooth and elastic soba, we use bonito-flavored soup with a modest sweetness so that even if the ingredients are changed to fried, it will be close to the taste of "green tanuki". The ingredients include juicy fried noodles on "Red Kitsune Udon" and small shrimp tempura, which is also used as a topping for "Green Tanuki Tensoba" tempura. 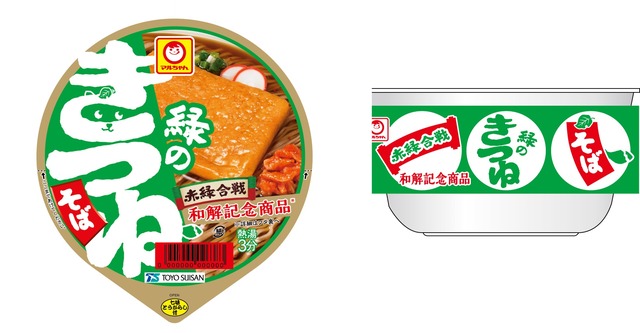 In commemoration of the launch of "Red Tanuki Ten Udon" and "Green Kitsune Soba", we conducted a mistake search with 4 products of "Red Kitsune", "Green Tanuki", "Red Tanuki" and "Green Kitsune". If you quote and retweet the post in response to the spot the difference on the official Twitter, you will get 1 case of "red tanuki" and "green fox" products (6 red tanuki and 6 green fox) by lottery from the correct answerers. It is a gift campaign for 20 people. 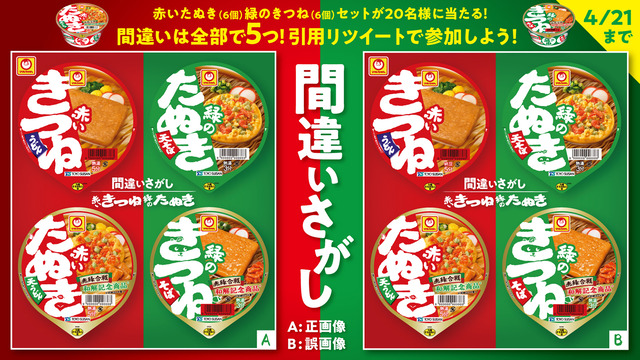 1. Follow the official Twitter account for the Red-Green Battle (@dotti_akamidori)
2. # Red tanuki and green fox and answer the spot the difference and quote the specified tweet Retweet
* 1 and 2 Those who meet all the conditions are eligible for the prize. Simply quoting and retweet the tweet does not complete the application.

Application benefits
Twenty people will be selected by lottery from among the correct answerers looking for mistakes, and one case of the product (six meals of red tanuki and six meals of green fox) will be won. 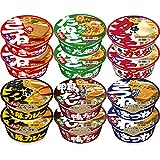 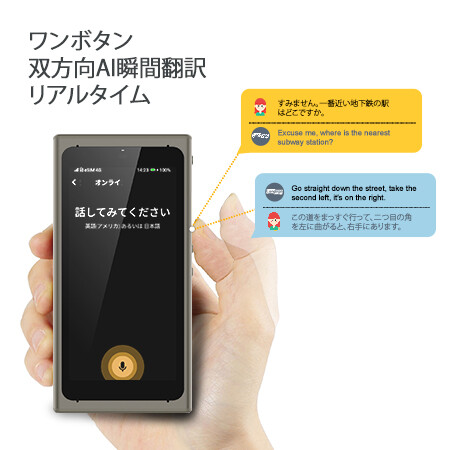 Limited gifts for visitors and purchasers! ! The 3rd anniversary event of the opening of the flagship store “ALIENWARE STORE AKIBA” for Dell ’s gaming PC “ALIENWARE” 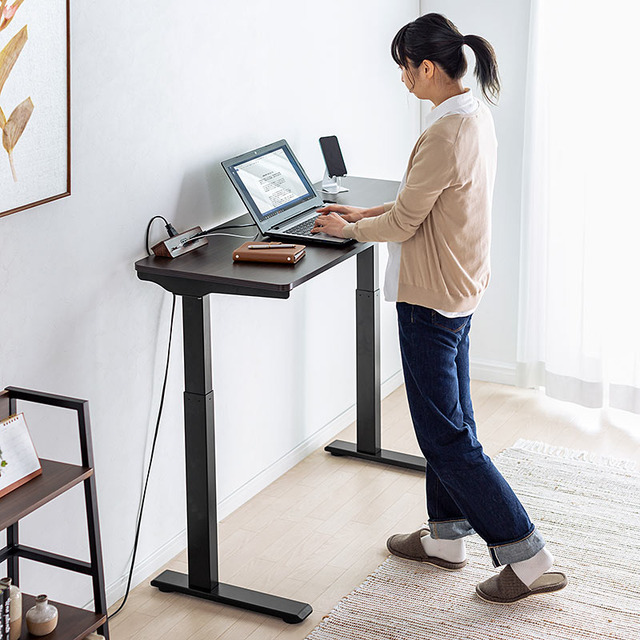