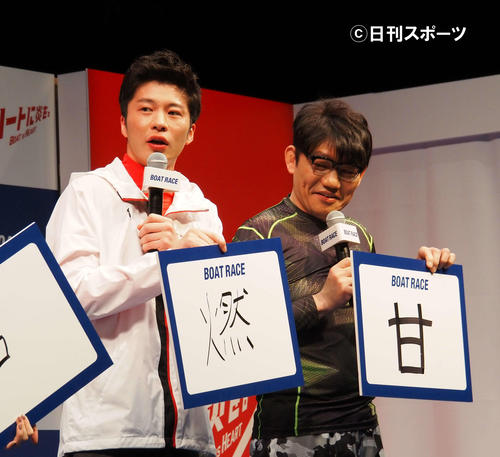 Kei Tanaka [35] attended the launch of the new boat race CM series "Fire on the Heart. BOAT is HEART" in Tokyo on the 9th.

The new boat race CM series featuring Tanaka will be released from today. From this season, Rena Takeda [22], Shoyuki Hayama [24], and Kazuki Iio [51] have joined, drawing a human drama for boat racers.

Tanaka, who appeared in the same CM since last year, smiled, "I'm happy to be involved with boat racing again. Thank you for this year." "I want you to enjoy how each character's heart ignites."

Takeda plays a once-in-a-century rookie female racer. She has a pink mesh on her hair, and she is not afraid of seniors. "It's the first time that hair is so flashy. You're not surprised or excited." Hayama, the role of Tanaka's junior racer, struggled with the attitude on the boat and looked back, saying, "I was sitting tightly like a sitting position."

Iio, a veteran racer, smiled wide with a gag in the CM and said, "Thank you for the courageous editing." On this day, he studded gags everywhere and invited the laughter of the venue. However, when asked about this year's ambition in one kanji, they answered, "I am sweet. I want to be sweet to others. For both the CM editor and the co-star." Tanaka rushed in, saying, "I'm slipping for the first time today," but she was laughing again without saying, "3 hits and 1 hit. If you're a professional, you're one army next year."

Tanaka wrote this year's ambition as "Fire" and declared "I want to burn each and every job and get hot." "I'm into the appeal of boat racing for the second year. With the addition of new casts, the story has been enhanced, and I want to be a year in which I can be interested in the fun of boat racing." 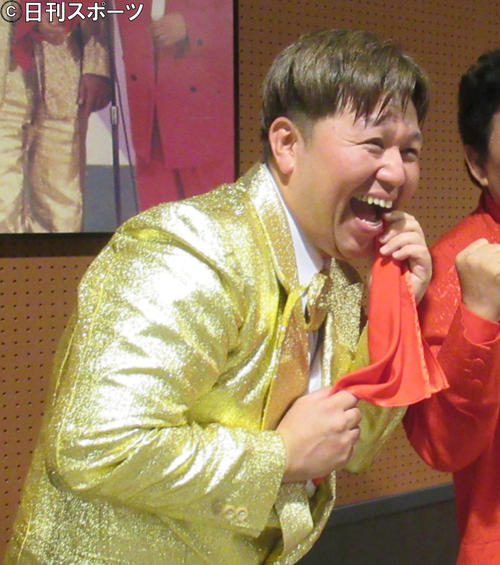 Kuranosuke Sasaki: In the special drama "Onmyoji", Haruaki Abe and his buddy Hiromasa …