The movie "Ford vs Ferrari" to be released nationwide on January 10, 2020 [Friday] was held at the Daikanyama T-SITE parking lot.

The film, as already mentioned several times on octane.jp, depicts a legendary confrontation between Ford and Ferrari that took place at the 24 Hours of Le Mans in 1966. It's a human drama that delicately depicts the friendship of men with passion and the relationship with their families, beyond the essence of a simple “race movie”.

This time, a total of 21 Ford and Ferrari were collected for "Ford vs Ferrari". The lineup is a collection of famous cars that symbolize each brand. Let's start with Ford.

GT40 is a sports prototype racing car. "40" is called because the vehicle height is 40 inches. Mark 発 表 was announced in 1964, and in 1966 Mark た, whose engine was expanded to 7 liters, appeared. He left a legendary victory at Le Mans.

"Daytona" is a name that is nicknamed because it debuted in 24 hours. It was an aerodynamic coupe body in order to win the 24 Hours of Le Mans, where speed was required.

In 1964, Shelby was developed to win the GT class in the FIA ​​Championship with 289 cobras. The model uses a 4.7-liter V8 engine based on the Cobra.

A car born by Ford entrusting Shelby to develop a high-performance model for racing based on the Mustang to promote Mustang sales. Due to its strength, it has become Mustang's leading muscle car in the United States.

Cobra is a sports car born of a collaboration between AC Cars and Carroll Shelby. Equipped with a Ford V8 engine, the 289 that appeared in 1963 has a 4.7-liter engine. A vehicle that faithfully reproduces Sue Performance.

This mustang is a model that can be said to be synonymous with Ford. In line with the times, it gained much popularity. One that appears in the play. By the way, the Mustang owner seems to use this as a family car.

The current type of Mustang also appeared, and a new and old model competition was realized. It plays a powerful V8 sound with an aggressive appearance. This is likely to be the case in both the old and new Mustang models, but will match any color.

Ferrari has a variety of models that are rich in old and new variations.

The one that fought the GT40 in the play was the 330 P3, but the P4 was developed following the defeat. It was powered up by tuning a 4-liter engine.

A model developed to meet the needs of users in the expanding US market. It has a cute look and a powerful V12 engine designed by Colombo.

A touring car marketed by Ferrari in the late 1960s. The model was developed mainly for use on public roads because the race itself was being contested by sports prototypes for circuits such as the 330P. There were technical challenges such as adopting a transaxle.

Flagship model at Ferrari from 1976 to 1984. Like Berlinetta Boxer, which means "BB", it has a 12-cylinder boxer engine mounted on a rear-ship. The top speed is said to exceed 300 km / h, and as a race car he has participated in Le Mans 24 hours.

Model produced in commemoration of Ferrari's 40th anniversary. At the end of his life, Enzo Ferrari, who appeared in the play, developed it back to Ferrari's basic philosophy of "a commercial car that can go on races as it is". He has been racing at Le Mans for 24 years since 1994.

It has a 2.8-liter eight-cylinder engine, which derives its name from the 288 model. GTO means “competition base vehicle”. It is also famous for the legendary driver Niki Lauda given by Enzo Ferrari.

The first midship 2 seater sports car manufactured by Ferrari. The name comes from the nickname Alfredo, the son of Enzo Ferrari, who died young. Equipped with a V6 engine, it is known in Japan as having appeared on the "Circuit Wolf".

Ferrari flagship model sold between 1991 and 1994. The 512 model name means that it will be equipped with a 5-liter engine and a V12 cylinder engine. TR stands for Testarossa [red head], which indicates that the engine cam cover is painted red.

Model debuted at the Paris Salon held in 1975. It has a beautiful straight, flowing body line designed by Pininfarina. The 308 comes from a 3000cc, eight-cylinder engine.

A model that appeared as a successor to the F355. The 360 ​​comes from having a 3600cc engine. It is also known that the start of sales coincided with the golden age of Scuderia Ferrari in F1 and that it recorded the largest number of units sold at that time in history.

The main event was a talk show by Koichi Domoto of KinkiKids, the ambassador of Ford vs. Ferrari. Known as a car fan, he himself uses his Ferrari as his favorite car. He appeared on the gray GT40 Mark II along the roads colored by Ford and Ferrari, describing his position as the leader in the entertainment world and the charm of the movie as a single car fan. He seems to be worried about the line of cars behind him, and he is a true car fan who naturally turns his body toward the car.

He is a Ferrari fan, so he was worried whether Ford could enjoy the work that led to defeat of Ferrari, but when he actually watched the movie, that idea disappeared. Regardless of whether he likes Ford or Ferrari, he said that the movie can be enjoyed regardless of gender and age, even if he does not like cars.

Also, the attraction of the movie is that, from a certain point of view, Ford and Ferrari, the two brands that are the exact opposite are competing, and it is possible to see the passion that everyone, including engineers and drivers, pours into there It is said that.

When asked about the commonalities between the world of racing where incandescent battles unfold and the world of entertainment where Mr. Domoto ran, “ Of course I think that there is also entertainment in racing, but these two worlds are far apart That's why I feel attractive. "

Regarding the friendship between the men described as a major theme in the play, "I am envied that the relationship that can be engaged is enviable. The two in the movie fight furiously, but there is always a deep I have love. " The two Kinkikids reportedly had never had a fight before and felt much longer.

And lastly, about this movie, "This era is unique because each car has its own personality. "I want you to think again."

Test drive all Porsche at once! What I felt for each model as a Porsche owner 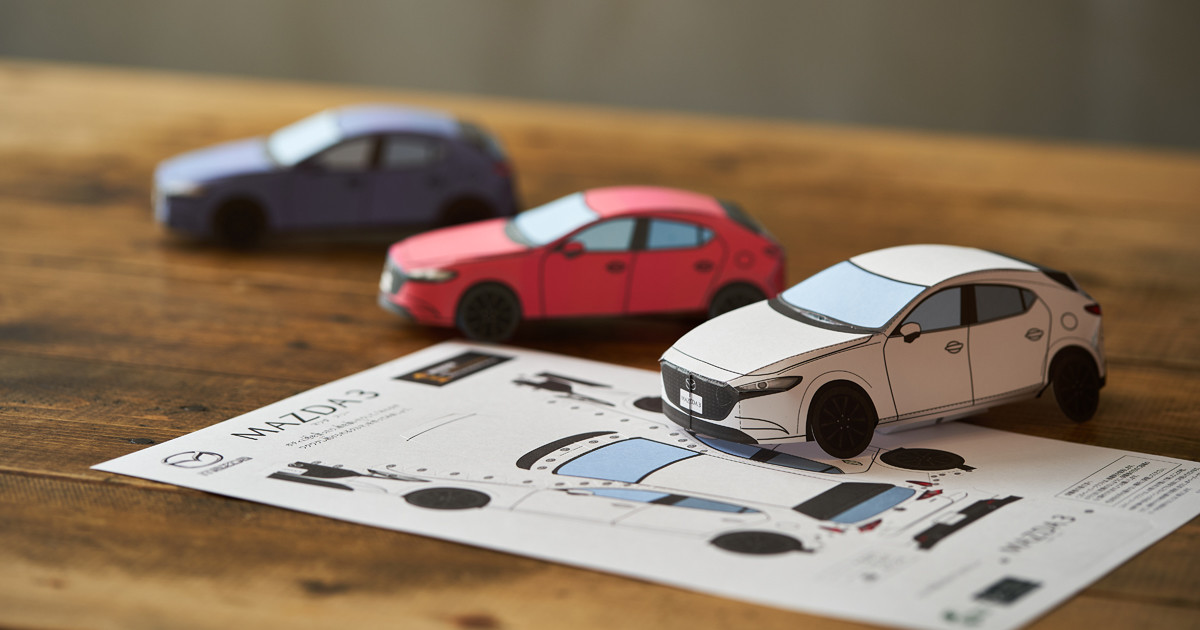 Use your imagination to complete one Mazda 3 in the world!