Singer/songwriter Maki Oguro [50] is planning to hold it because he thinks that “the number of customers should not be selected” for live events after the declaration of emergency has been lifted He discontinued the tour and said, "I would like to hold it again with 50% of seats."

As of March, Oguro had announced the postponement of the live tour scheduled to be held from April to June, but announced that it will be canceled on the official website on the 4th. “At the end of May, the emergency declaration was lifted, a new lifestyle was proposed, and there were signs of relaxation in the entertainment industry as well, but we had no choice but to change the plans and policies we had been thinking so far. As we move to steps 1 to 3, the number of people who can mobilize Lives and events will increase, but the capacity of the venue is 50% of the capacity of the venue, so it makes me wonder "Having half the seats meant we had to select the seats, and I didn't think it would be good for us to select customers."

The tour schedule from April to June had already been transferred to July to August. "But for the reasons given above, we will once cancel or refund the performance from April to June, and we would like to aim again to hold it with 50% of the seats. Looking forward, from here We sincerely apologize for any inconvenience caused by the lack of refund proposals and information, and for any inconvenience and refunds," he said. I don't want to give you any more, and I'll give you a very happy news when I report it next time, so please wait a little more while inflating my heart!" 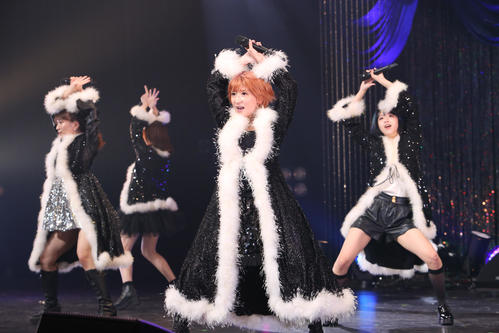 Mari Sekine: My father, Tsutomu Sekine "I want to be reborn and marry my grandson!"