The idol is the mirror of the era, the one most loved in that era stands at the top, and those who stand at the top also spin the story while being tossed by the big swell of the era. Morning Musume. I look back while overlapping the history of Japan with the history of Japan. Published a popular series of "Monthly Entertainment" on a business trip. The 19th story is about 2014.

2014 and 2014. If you put only words, it seems that you will pass by the closeness of the memory, but if you rephrase this as "5 years to the end of Heisei", the impression changes immediately.

Of course, at this time, no one knows that a new era is coming soon in the form of the emperor's concession. However, on the other hand, it seems strange that from this time on, Japanese society has begun to keep pace with the beginning of a new era that has yet to be seen.

On March 31, 2014, "Let's laugh!" [Fuji Television] has finished broadcasting. On May 31, the National Kasumigaoka Athletics Stadium, which has a history of about 56 years, will be closed due to a relocation plan accompanying the 2020 Tokyo Olympics. The radiance and sense of loss that commonly existed at these milestones resembled a graduation ceremony somewhere in school. I think it's more common to find a way out of things than to be greeted and greeted and to find out, "Is that so?"

Morning Musume. If you are asked to specify a forked road in the history of the country until that date, I will definitely point to October 5, 2014.

It was the first day of a performance in New York in the United States for "Morning Musume '14," including Sayumi Michishige, who had been with the group for about 12 years and had decided to graduate soon. And for Tsukunku, who had been a general producer, it was a milestone that became a memorable memory for his lifetime.

"Before the live, enter the venue, gather the members, and say," Thank you for singing, thank you for being on the stage. Don't go to the live alone with gratitude to your fans. As long as you are, be aware of your professionalism. ”I told my members what I always said to members.” [Tsunkupo] [* 1]

In fact, at this time, Tsunku had two facts in his chest. The first is through a discussion with the office that takes into account the physical condition, etc., and then oneself is Hello! It was decided that the project's general producer would retire in 2014 only.

Secondly, the performance in New York will be the last "produced by Tsunku" for students to be directly communicated in their own voice.

However, Tsunku in the spring of 2014, when the New York performance was decided, did not imagine a future where he would lose his voice. I also went to the radiotherapy for pharyngeal cancer at that time, saying, "Heal your throat quickly, join Morning Musume in New York, make it a success, and support my struggling illness every day. With the goal of experiencing the atmosphere of New York ”[* 1], he worked patiently and positively.

However, at the end of the treatment, the cancer was found again in the throat of Tsunku, who had once been diagnosed as a complete remission [all cancers disappeared and no new cancers appeared]. I will. Tunkup received the report at a New York hotel in October 2014, where he was riding with his family to attend a live show.

The doctor's words at this time are all about the situation.

However, as a result, Tsunku is a morning girl without returning home. I chose to watch the live as it is.

Tsunku looks back on his feelings of deciding to stay up to the opposition of others.

Morning Musume he was literally facing his life. The New York performance was smaller than the stage the group had stood up to, such as the Yokohama Arena and Nippon Budokan, and was limited by the fact that it was not possible to produce flashy performances.

However, when the live started, 80% of local fans were occupied by foreign fans, and cracking cheers began to occur from foreign guests.

Hello! For the project's producer, Tsukun, the enthusiasm for the performance in New York was such a moment that the passion and love for music that had been poured over the years was just “over the mountains to be crossed”. At the same time, he shares his memories with his beloved family.

Tsunku's wife wiped out the tears that flowed naturally and said that the children were very happy to watch the stage from the same audience.

After the performance, Tsunku returns to the members again. However, only on this day, I wasn't outrageous, but rather spontaneously applied words of sincerity.

Tsunku removes the vocal cords to get rid of the cancer found again, and Morning Musume. It is not long after that "produced by Tsunku" disappeared all at once from new works by Halo Pro.

The fork of things always comes to life. If you apply the correct or incorrect answer to it, because time cannot be rewound, it doesn't make any sense after all.

Whatever path you choose, what remains in the distance today is the radiance of memories, the folds of each of the casual pasts.

And it's just a spoonful of feeling of loss, much like a farewell departure. 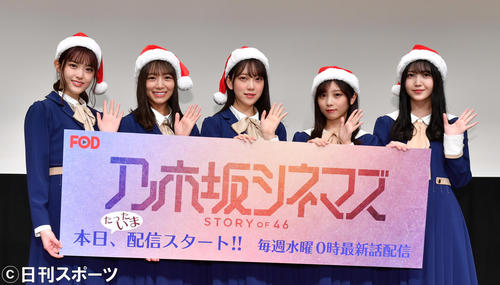 Mari Ai Makino: The best halo-pro beautiful girl in a swimsuit in the pool by the sea "Champion"…