The official release has been received from DMM GAMES, LLC.
Below, press release)

* Pick-up Buddha and Shinto are set to have a higher emission probability than Shinto of the same rarity.
* After the manifestation, the limited Buddha (★ 5 “Nikko Bosatsu”) and limited Shinto (★ 5 “sunshine darkness”, ★ 3 “sunshine”)
ま せ ん It is not added to "Normal Hoju Revival". However, it may reappear as a reprint.
* Probability is random. There is no guarantee that you will be able to earn it, except for the 10th Buddha confirmation.
▼ Implementation period
Until maintenance start on February 12 (Wed)
* Event period and content are subject to change.

■ ★ Start the event “Shinbutsu Advent” where 4 Buddhas drop with probability! 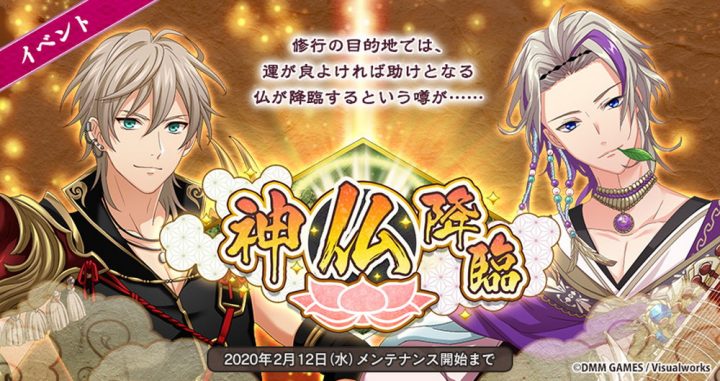 Starting today, the in-game event “Shinbutsu Advent”, in which 4 Buddhas drop with probability!
If you capture the event stage, you can get Chakra. Collecting "chakras" will give you various items. In this event, the chances for the following two gods to descend at each difficulty level! Let's get this opportunity!
★ 4 Buddha “Maschoten” (CV: Haruki Ishitani)
★ 4 Buddha “Ken Ginbao” (CV: Shoya Chiba)

▼ Implementation period
Until maintenance start on February 12 (Wed)
* Event period and content are subject to change. 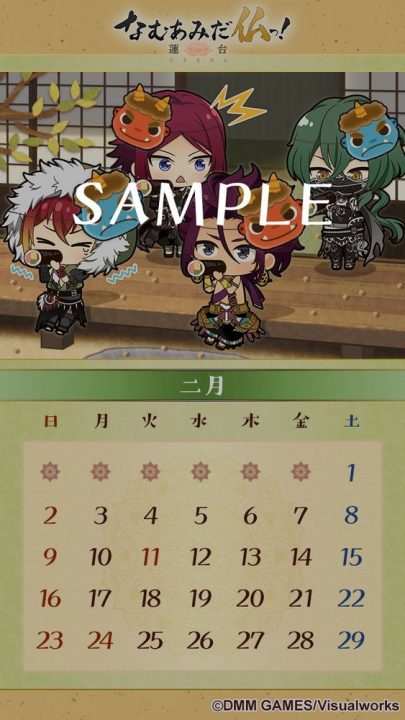 ■[NamAmidaBuddha!-WhatisRendaiUTENA-
A full-scale battle RPG that depicts the battle of the Buddha who has descended in modern times to purify the "worries" that threaten people's peace.
Buddhas who have never heard of Buddhism, such as "Fudo Myo" and "Shaka Nyorai", have appeared.
The player will become the "Domori" of "Bonnouji", the base of the Buddha in modern times, and help him to remove the dirt from his daily work and battle. 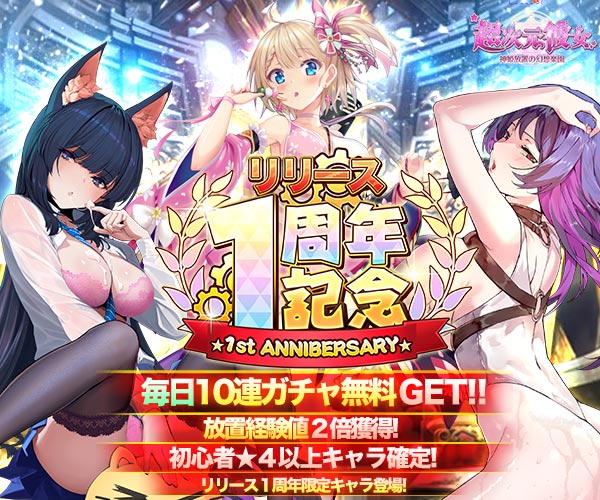 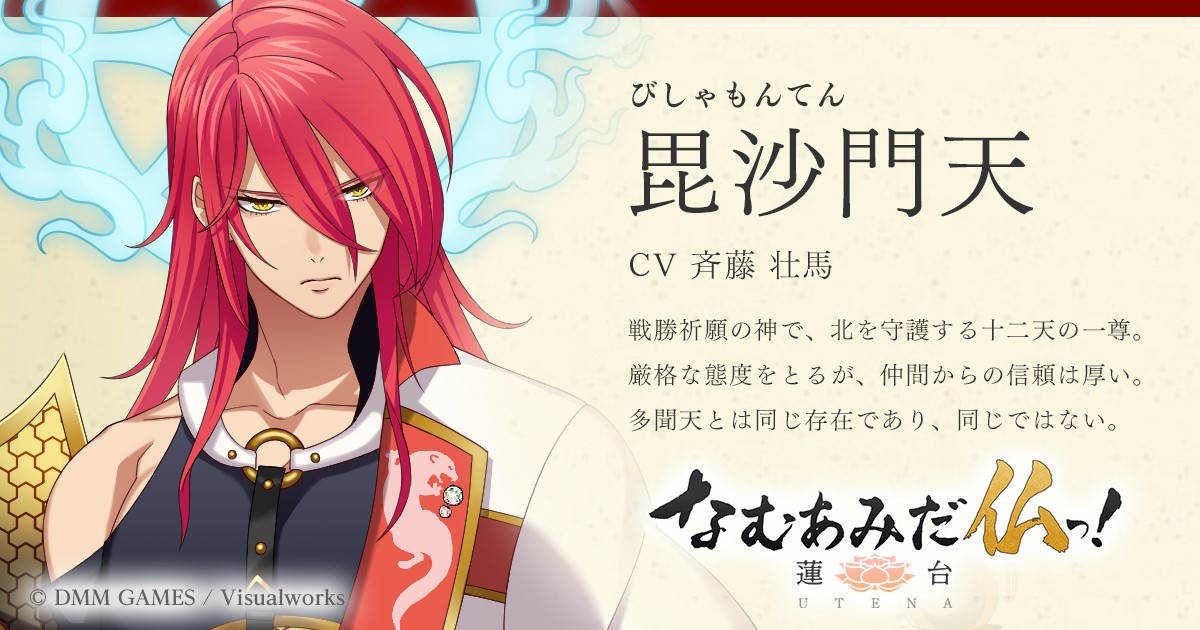 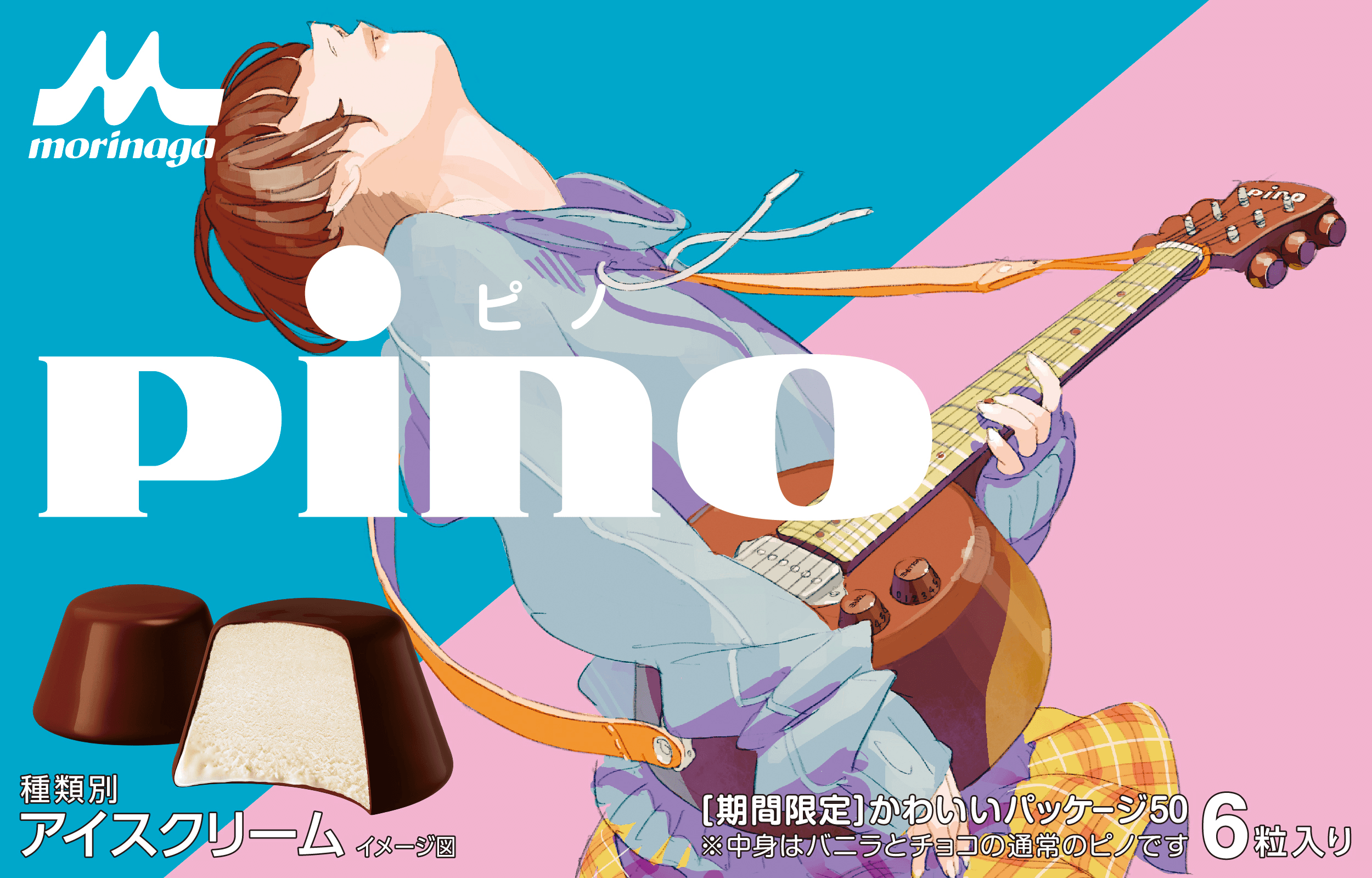 There is also a collaboration video of "Blackjack" Pinoko and Ice "Pino"! "Pino Cute Package 50" will be on sale in limited quantities from October 5th (Monday)!