Located in the southeast of Matsumoto City, Takehara is a tourist spot with a cliff hot spring. Here is Heisei Kotsu, which owns a 330 Gloria taxi to be introduced here.
“I was originally a car of my hobby,” explained Mr. Susumu, who is the managing director. 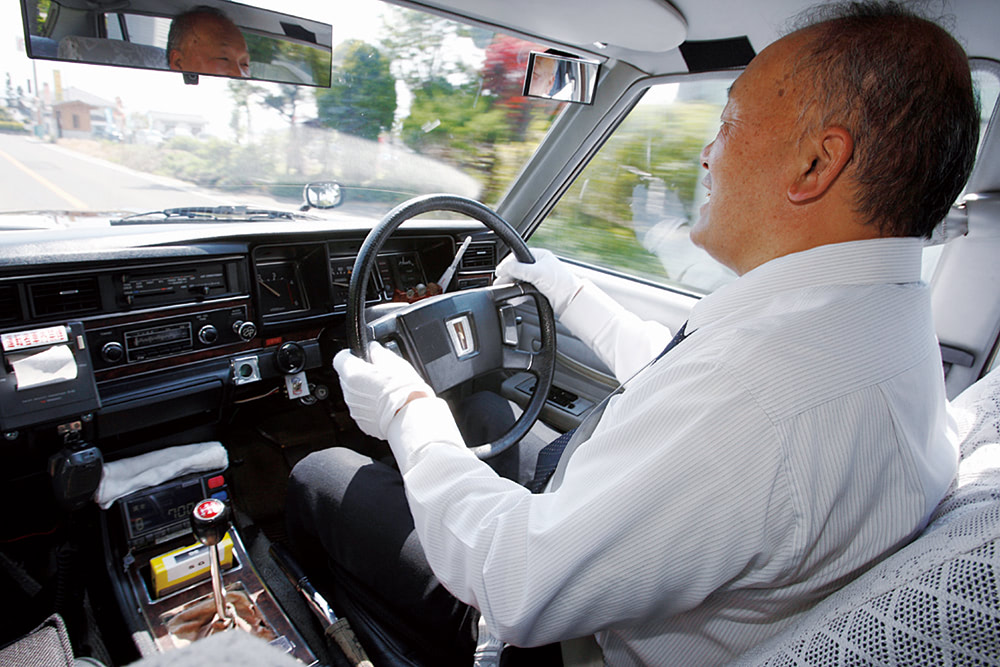 Tsuji is a veteran with 40 years of experience as a driver. Run Gloria smoothly. “Diesel vibrations fit my wave,” he likes.

“I used to like 330 and had one as my hobby. I also had a 330 in a nearby car shop, and when I went to see it, I wanted a rare diesel. However, it seemed that this car was used as a store sign, and I was refused. When I started out again with my 330, I was able to transfer this enthusiasm. 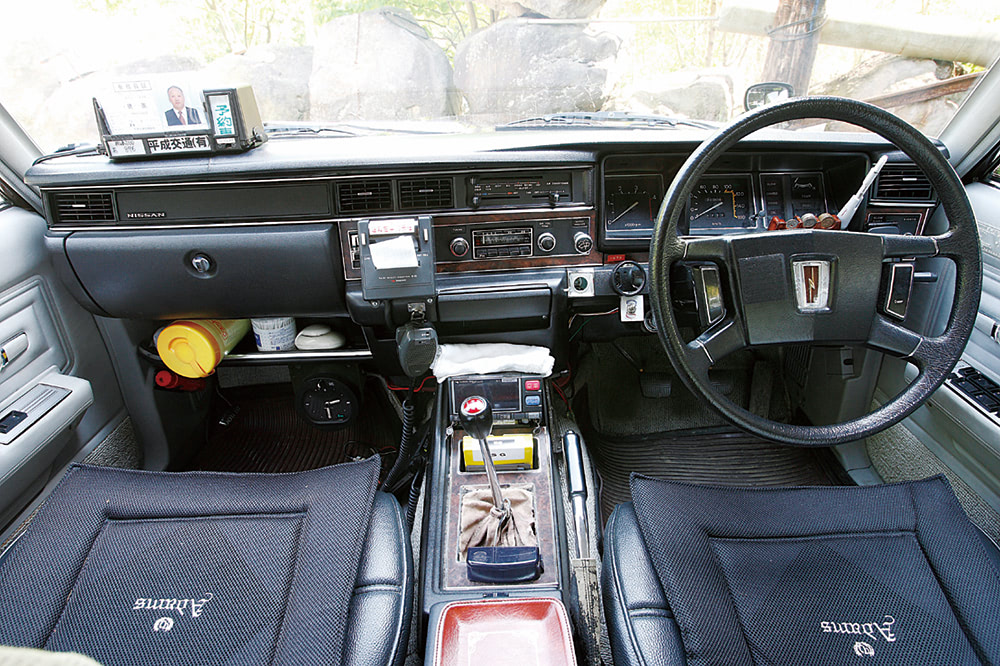 Instrument panel atmosphere like a workplace. Andon on the dashboard and the fare meter on the center console seem to be a taxi. The square tachometer features 220D GL.

That was 14 years ago. The company also entered the taxi business in addition to the traditional sightseeing bus after the revision of the law made it easier to enter new taxis. At that time, 330 Diesel was converted into a taxi because it would be an advertisement. 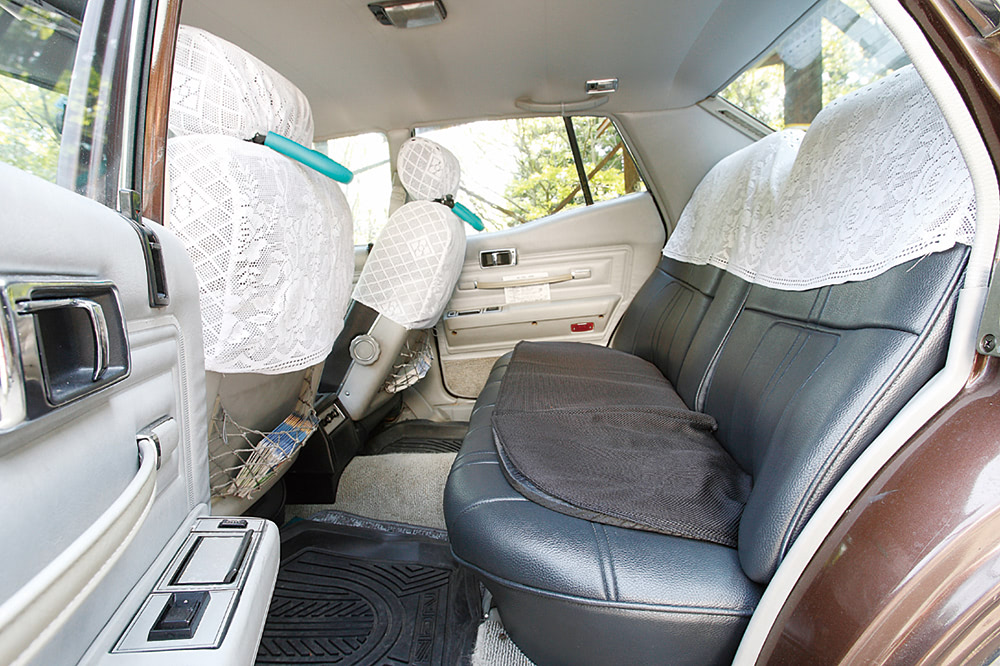 The rear seats are comfortable and comfortable under the feet. Basically the same as normal Gloria, but with a handle attached so that it can be easily caught by the front seat.

“New taxis are driven by employees, but Gloria is old. There are a few tricks, so I don't drive other than me. ” 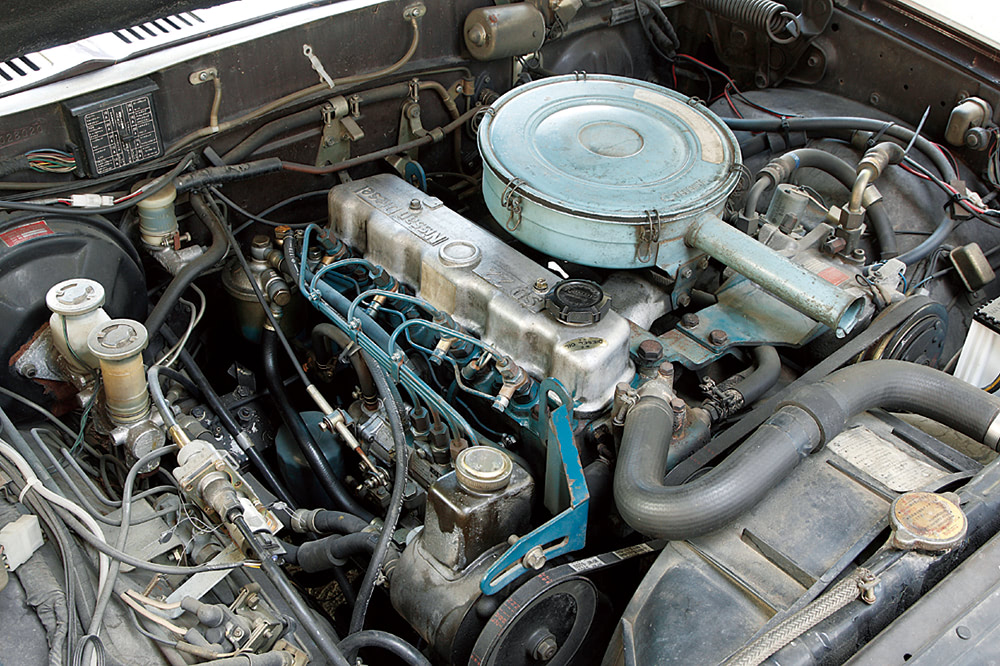 The installed engine is a 2164cc SD22 type. This model was added in June 1977. The newly developed engine mount suppresses vibrations unique to diesel. There are plenty of sound-absorbing materials, so the interior is as quiet as a gasoline car.

330 seems to have many chartered customers, but sometimes it also appears in the taxi stand at Matsumoto Station.
"It's a rare car and it has a high-class color. So it's possible that customers have been mistaken for the high fare. Of course, the fare is the same as other taxis." 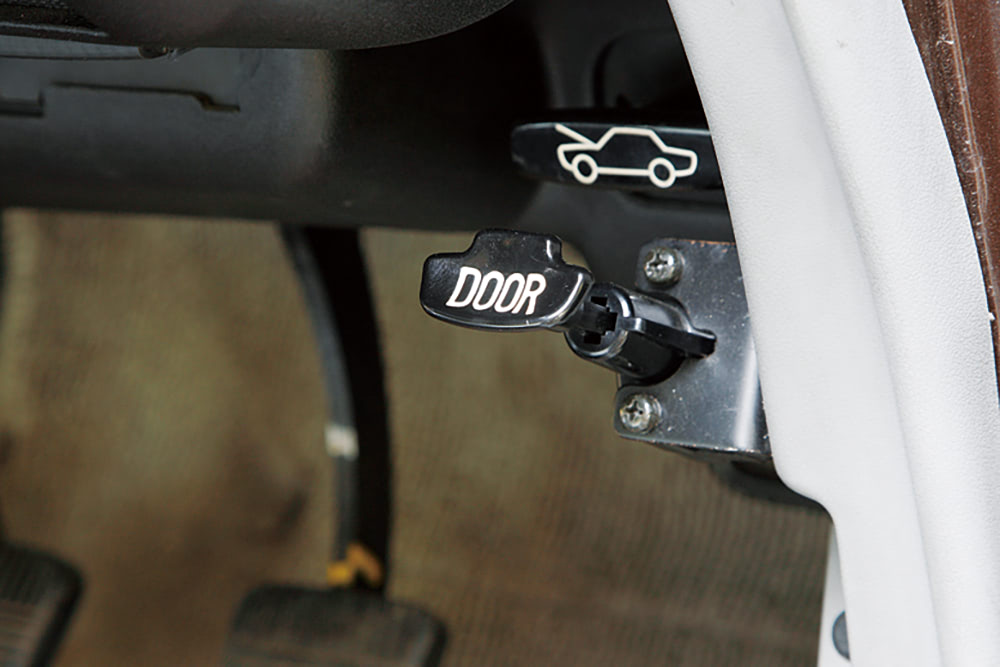 To register by taxi, an automatic door in the rear seat is required. It took a month to make a special order to a specialist and finished it. The door opener is under the driver's seat.

Published: Nostalgic Hero August 2008, vol.128
This taxi is not currently in operation.

Old car taxi in operation! ? 330 Gloria Taxi specifications Located in the southeast of Matsumoto City, Takehara is a tourist spot with a cliff hot spring. Here is Heisei Kotsu, which owns a 330 Gloria taxi to be introduced here.“I was originally a car of my hobby,” explained Mr. Susumu, who is the managing director. Tsuji is a veteran with 40 years of experience …
5 1 5 1
2019-12-07
0 46 2 minutes read
Show More
Facebook Twitter LinkedIn Tumblr Pinterest Reddit VKontakte Share via Email Print

Toyota's challenge to the world rally. The trigger was Mark II! | Half a Century of Toyota Rally Activities @ vol.1