From April 1, 2020, the "Revised Health Promotion Law" was finally fully enforced. In principle, smoking is banned indoors, which is expected to affect restaurants and other areas. At present, many stores are being asked to restrain themselves by the coronavirus, and this is what a bee is crying about.

Pachinko parlors are particularly likely to be damaged by the Revised Health Promotion Law. Most of the customers who play are smokers, and cigarettes and pachinko [pachislot] are inseparable. In fact, I went to see how the store changed before and after the enforcement.

・ Many people smoked until the last day

In recent years, the pachinko industry has seen a decrease in the game population due to restrictions on outgoing balls. Once called the 30 trillion yen industry, store closures are losing momentum one after another. In the old days, it is not unusual to see long lines forming in the morning, and I missed the time when 1,000 people visited the iron fire and rumored halls.

Time passed, and on March 31, 2020, I looked into a few stores in Tokyo. As expected, there are fewer people who play on weekdays and because of the influence of the coronavirus. Speaking of smoking environment, ashtray is installed everywhere. Not only in the store, but right next to the amusement table, customers could still play while smoking.

For a time, a smoking booth was set up inside the store, but some stores were not operating. As a shop, you want to play well until the end. Also, as it does not move to the end of the deadline, it is somewhat"I don't understand indoor smoking"I felt the message.

The last day you can smoke while playing. I decided to play for only 1000 yen to remember the old days. At the time of the bonus, smoking a blissful cigarette, conversely, smoking frustrated without coming out, annoying by the sidestream smoke of the neighboring mouth cigarette ….

The day before the enforcement, there was no major change in the store. However, on April 1st, “Fate Day” has finally arrived, in which the smoke of tobacco disappears.

The pachinko parlors were open as usual, but the ashtrays that had been placed throughout the store had been completely removed. The ashtray beside the playground you are worried about …

As a result of visiting several stores, information about smoking cessation was written everywhere in the store, and it was painful somewhere. Although there is a smoking booth, the number of users is small. Or rather,Customers are farther than the previous dayI felt like that. Unfortunately, the sky may be involved …

・ Status of use of smoking booths

In addition, there are many stores that have started smoking booths from today. Some of the shops have decided to completely quit smoking, and some have been filled with fragrances like air fresheners a day. Until now, stores that have been set up for customers, such as partitions that prevent sidestream smoke, are "nothing." Considering that, it seems like a bad law for a pachinko parlor who could have been a cigarette and a tripod.

If I still play, I wouldn't imagine no cigarettes. I don't think I'm going to use a smoking booth. There should be many people who feel the same way, and the play population may decrease further.

It's nice to be able to play in the beautiful air, but indeedIs it really comfortable?. Despite what customers will judge, the fact that things are no longer commonplace should have a considerable impact in the future. With the diversification of entertainment, the future of pachinko parlors may not be very bright.

"Paripimask" that glows in 7 colors is really good! It was too bitter and the tension burst! 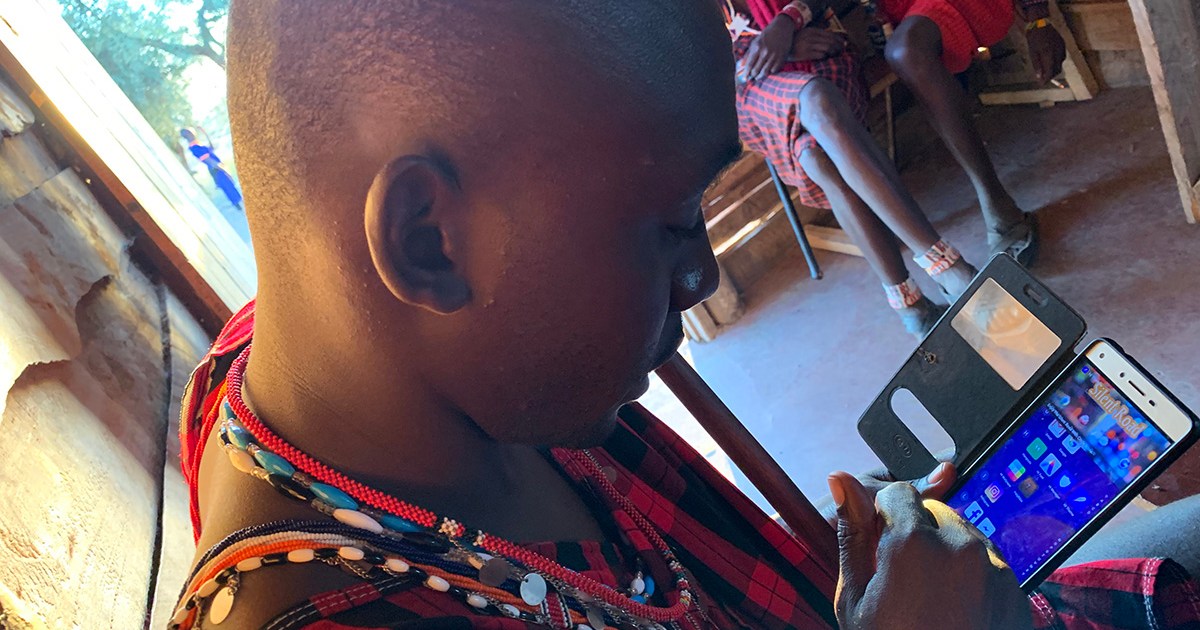 If you ask a Maasai warrior who masters smartphones, "What if I didn't have a smartphone?"… / Masai Tsushin: 391st session