The sound of blipping while warming up while a person gathers on a sunny car taken down from a career car is just a racing car.

Exhaust notes with plenty of power were being spit out from the muffler on the side when the rotation was raised to prevent the plug from fogging.

The engine was stopped and preparations for driving began.

Three in-vehicle cameras prepared for this shakedown were installed between the work of changing to slick tires and magnesium wheels. In addition, it was a complete coverage system to shoot the driving scene with three cars. 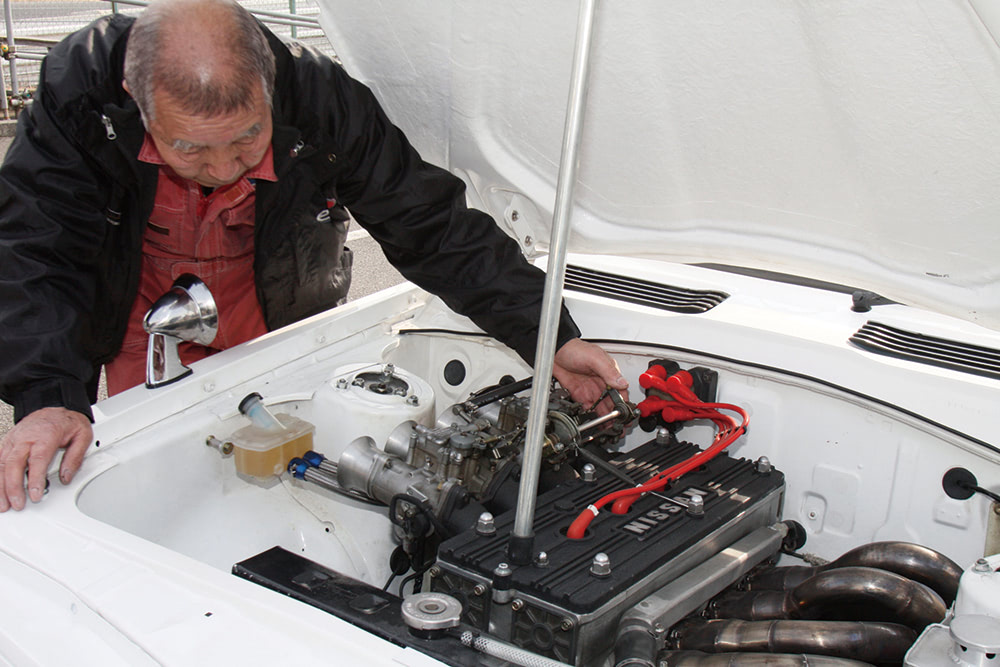 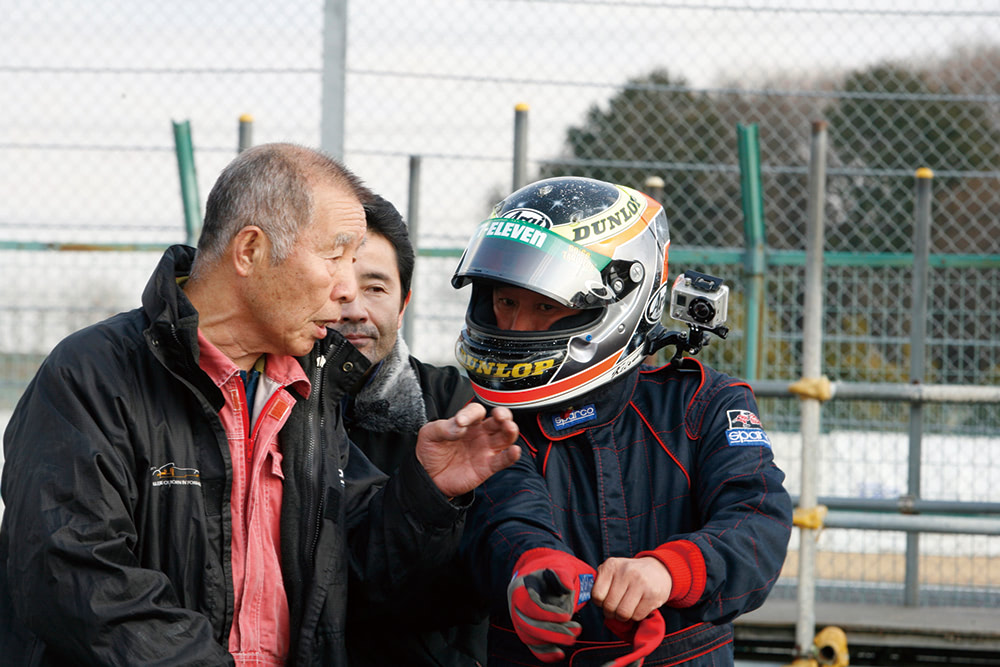 PM1: 40 Mr. Kubo has a meeting before driving. The son who is a driver is an experienced person who ran Bluebird SSS equipped with LZ14. 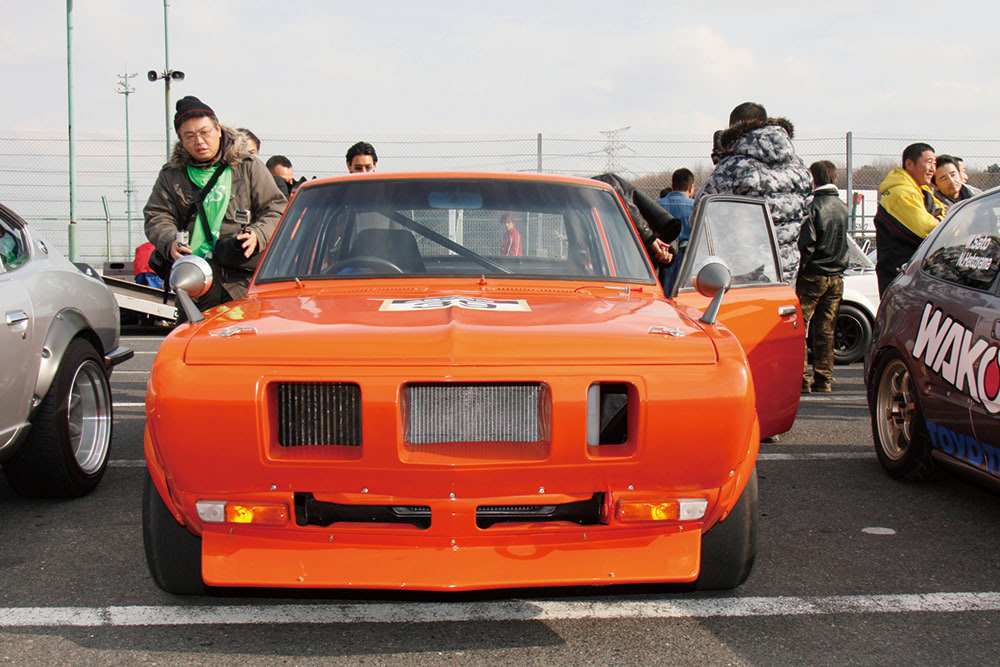 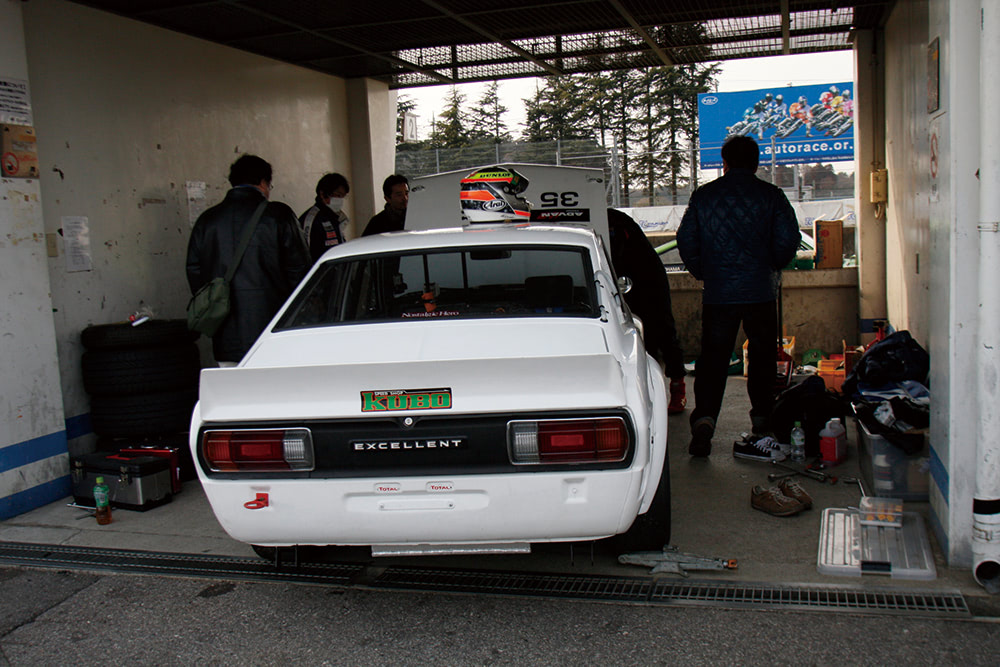 PM2: 30 In the first run, the car stalled and stopped around the first corner. After being transported to the pit, the engine is checked to investigate the cause. 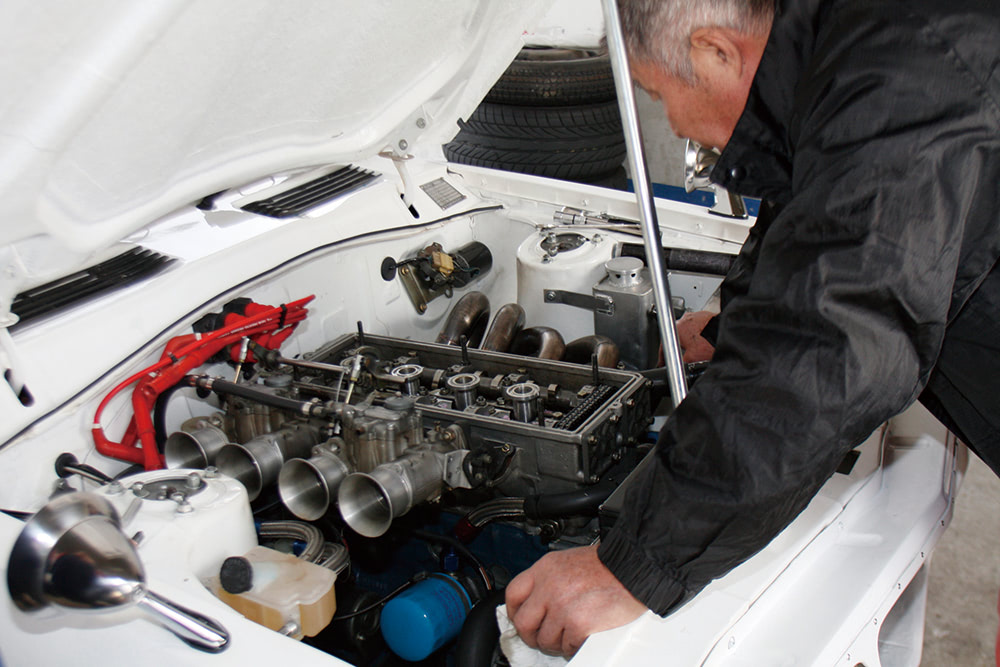 PM3: 00 To investigate the cause, remove the head cover and check the cam rotation, chain, compression, etc., but there is no problem. Is the cause of the malfunction the ignition system or the fuel system?

Posted: Nostalgic Hero April 2011 issue vol.144 [All information in the article is current at the time of publication]

That ant? Attach the tire to the jet and turn it into a limousine! │What's inside the car you care about?

Amateur racers are mixed in 40 cars! │ What is the result?

Haken's dignity: The main video and theme song of the sequel...

【e? ]I received a bottle of "Black Nikka" that looks like...