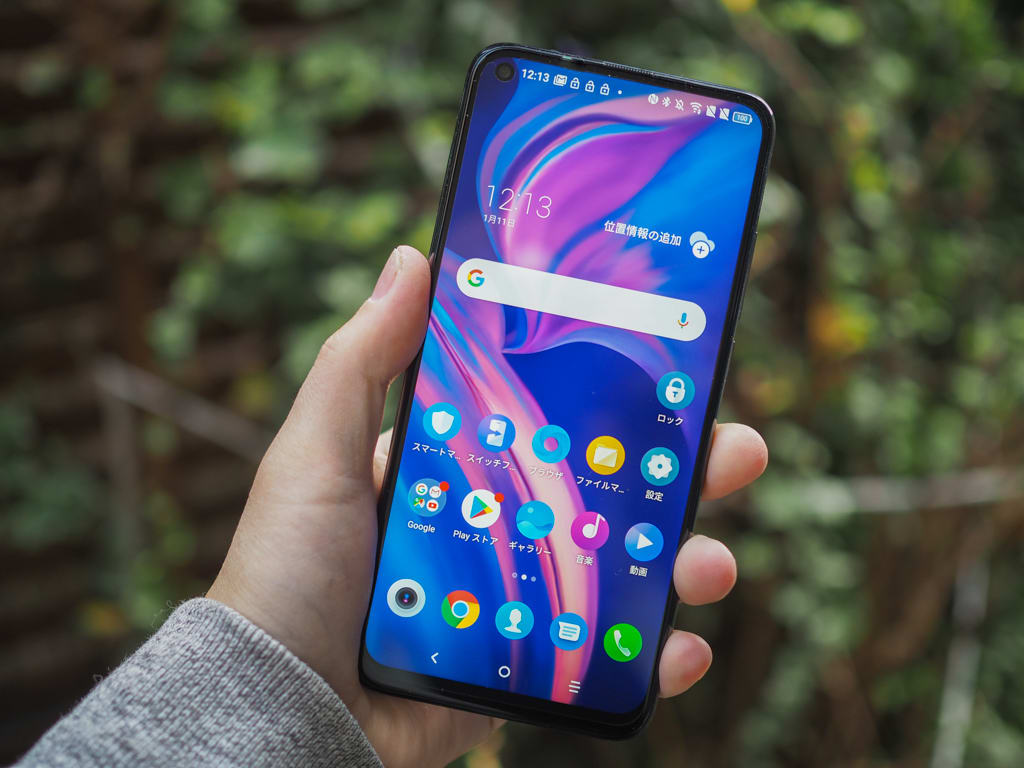 TCL, which operates smartphones under brands such as Alcatel, BlackBerry, and PALM, has released the first smartphone "TCL PLEX" under its own brand. It was released in Japan in December 2019. Despite the affordable price of 29,800 yen including tax, it has become an attractive terminal with a 6.53 inch display using the company's second largest TV manufacturer technology and a triple camera containing 48 million pixels .

I borrowed the TCL PLEX from agency FOX, so I tried it for a while.

TCL PLEX has two main features. Located on display and camera. First of all, the display is equipped with a 6.53 inch [2340×1080 19.5: 9] liquid crystal display. The front camera has a punch hole on the upper left. 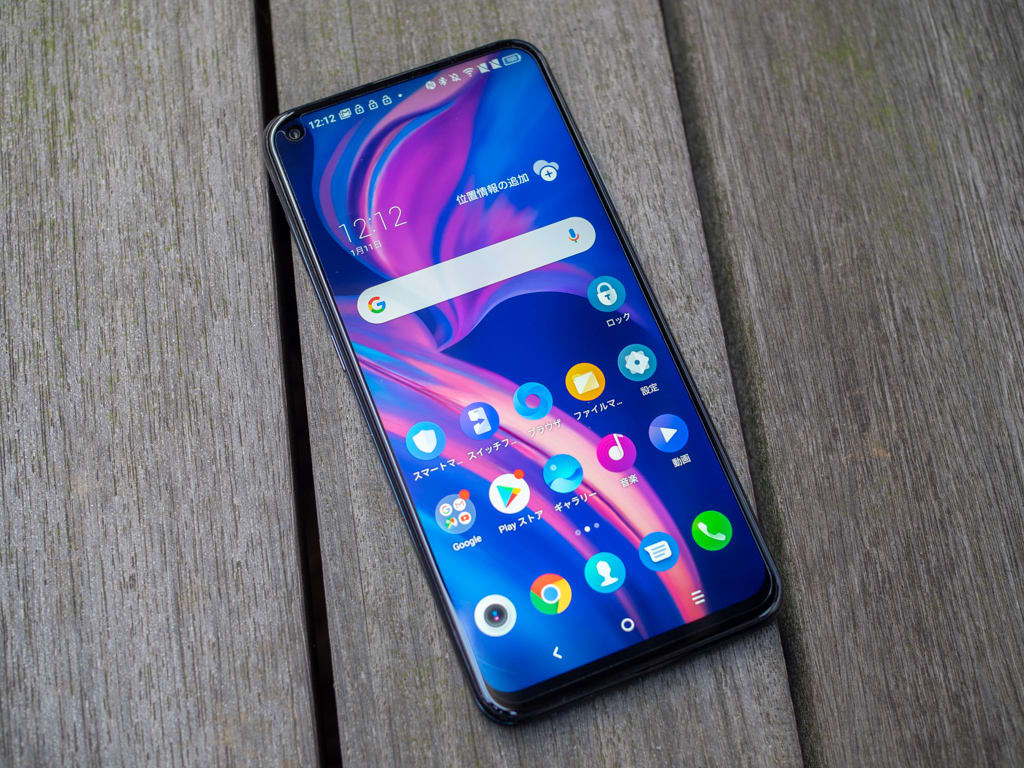 The display adopts the high image quality technology NXTVISION cultivated on TV by TCL, and the color is very vivid. According to the TCL, ΔE, which is an index that indicates how accurately human colors can be expressed, is 1 or less [smaller is more accurate]. By the way, iPhone XS Max and Galaxy S10 + are 1.9. 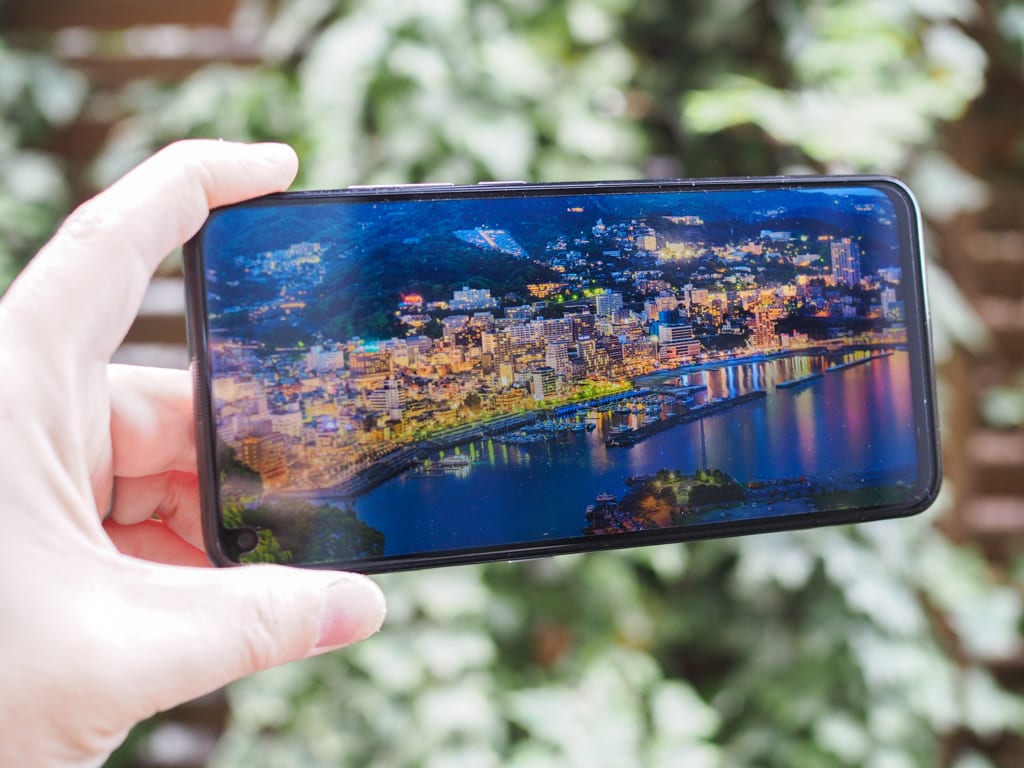 NXTVIVON's multimedia enhancement feature can be turned off, but there is no positive reason to do so. In addition, it supports HDR10 and has functions such as SDR to HDR that converts SDR content to HDR equivalent. 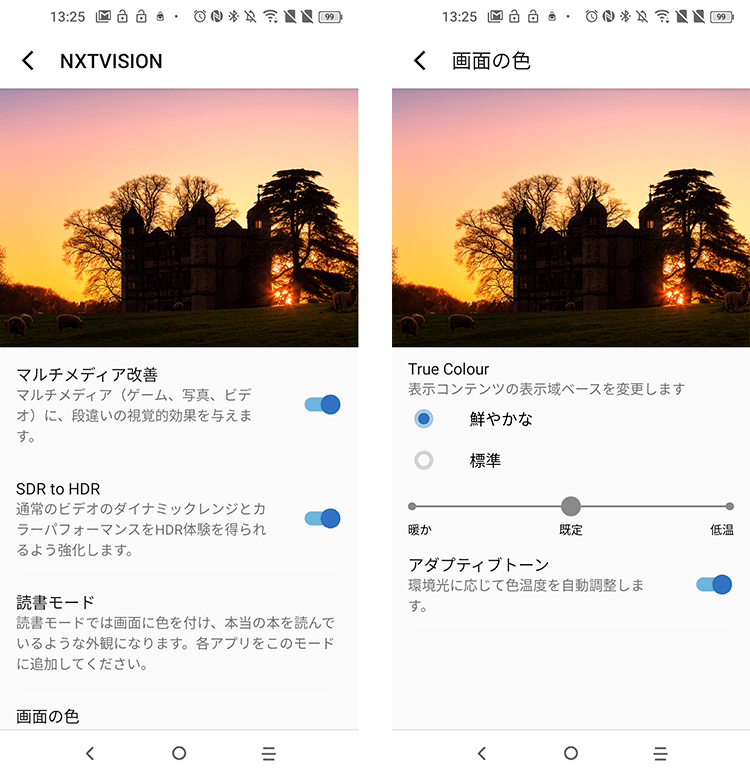 ▲ If the screen color [True Color] is set to “Vivid”, the screen will become slightly bluer. This mode is suitable for watching videos, etc.

I hoped that if the display was good, the video viewing would be pretty beautiful, but unfortunately Netflix and Amazon prime video could only be played in SD quality. In order to play HD image quality with these services, it is necessary to support at least Security Level 1 of Digital Rights Management [DRM] technology called Widevine, but TCL PLEX is L3. It's a waste of not being able to make the most of the display performance, so I wanted to get somewhere around here. 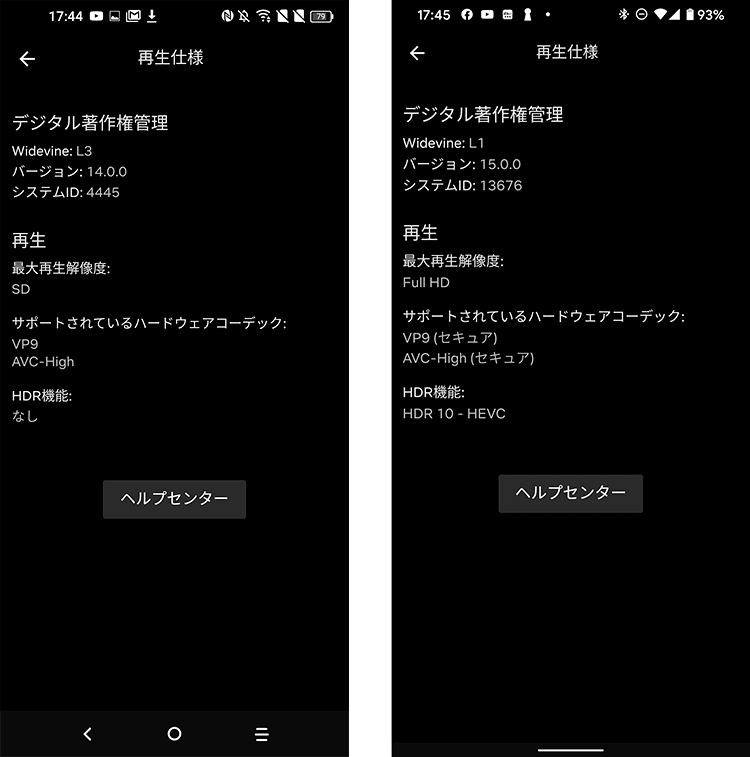 ▲ Netflix playback specifications. TCL PLEX [left] and Pixel 4 [right]. On Netflix, TCL PLEX has a maximum resolution of SD and HDR is not available

By the way, if NXTVIVON's multimedia improvement function is enabled, Netflix will also provide HDR-like effects [making dark areas easier to see]. The reason why we did not support L1 may be that this was enough. In addition, 1080p HDR playback is possible on YouTube where DRM is not relevant.

Another feature of the camera is the combination of a 48MP main camera, a 16MP super wide angle camera and a 2MP low light camera. 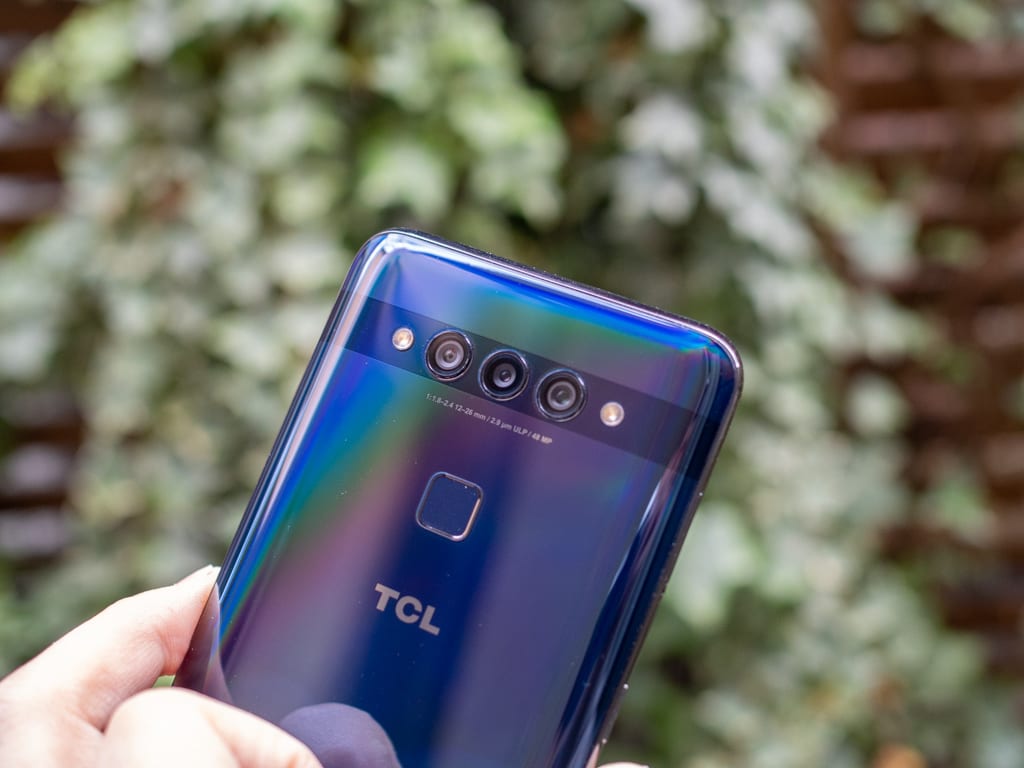 The zoom supports up to 10x digital zoom, but up to 2x can be switched with one touch. Probably, it cuts out the image of 48MP up to 2 times, and thinks that there is a digital zoom from there.

For night scene shooting, in addition to the night scene mode in which scenes are judged using a standard camera, a super night mode is also provided. In Super Night mode, zooming cannot be performed, but it looks slightly brighter.

Here are some photos I actually took. 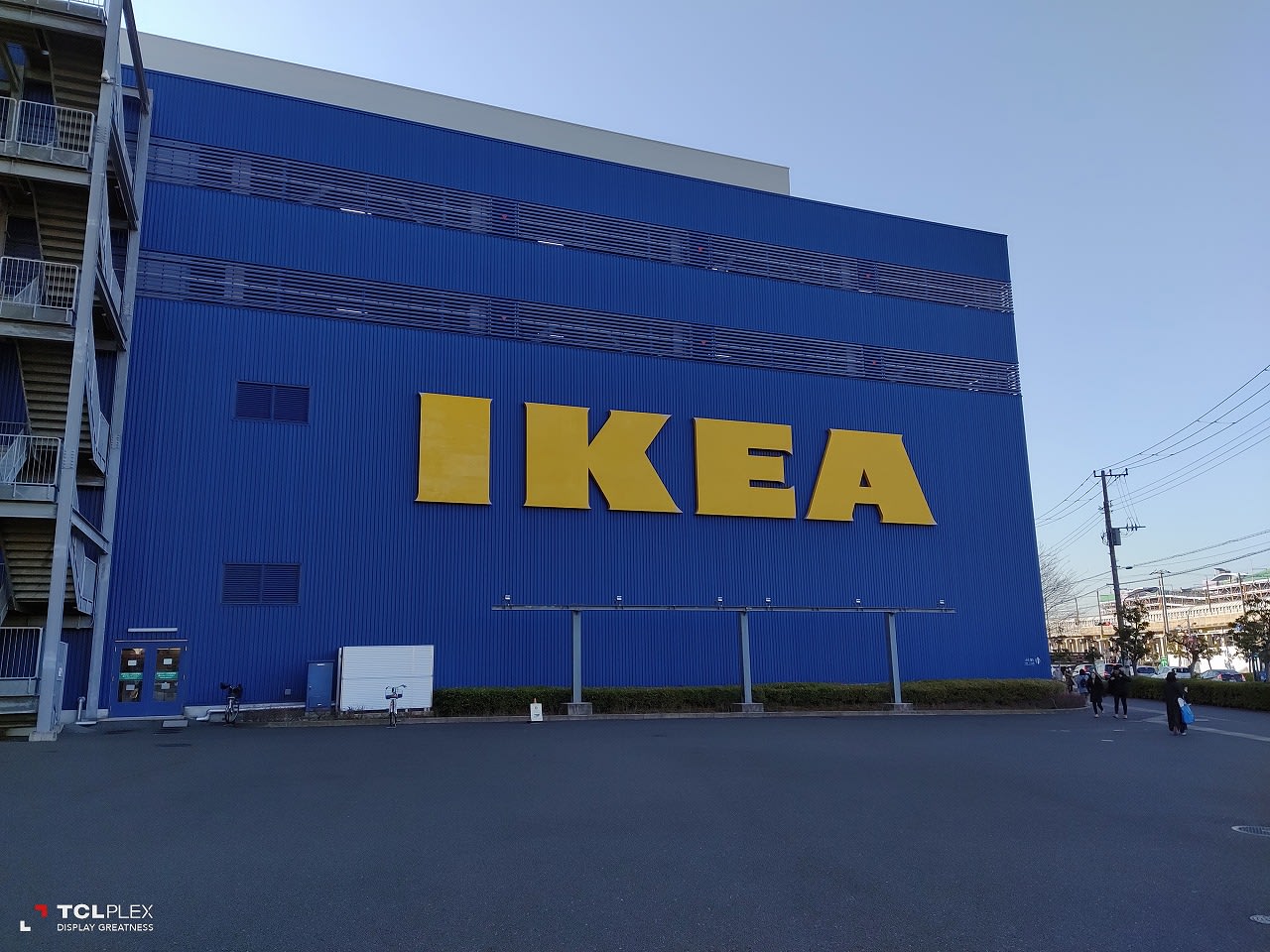 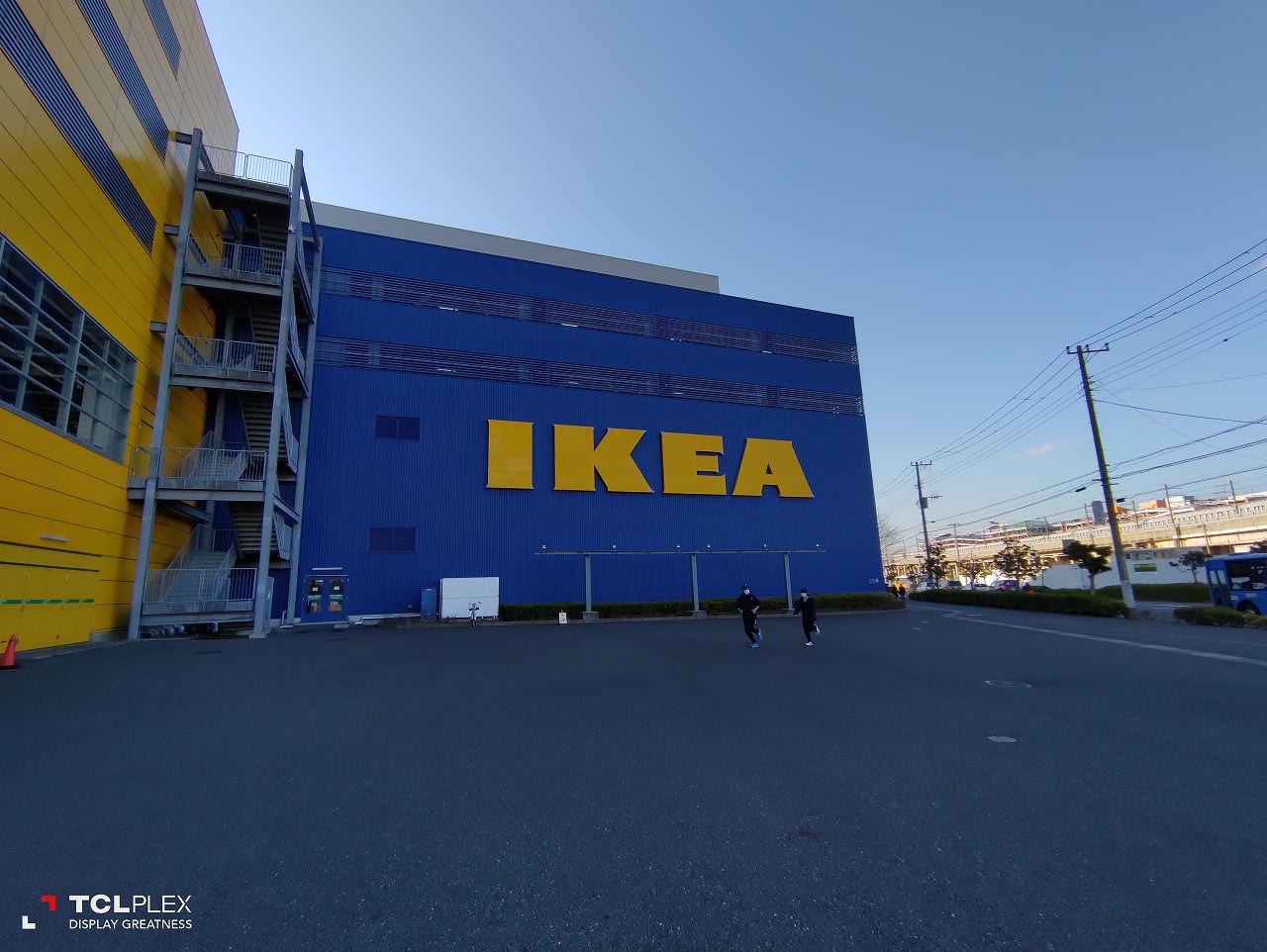 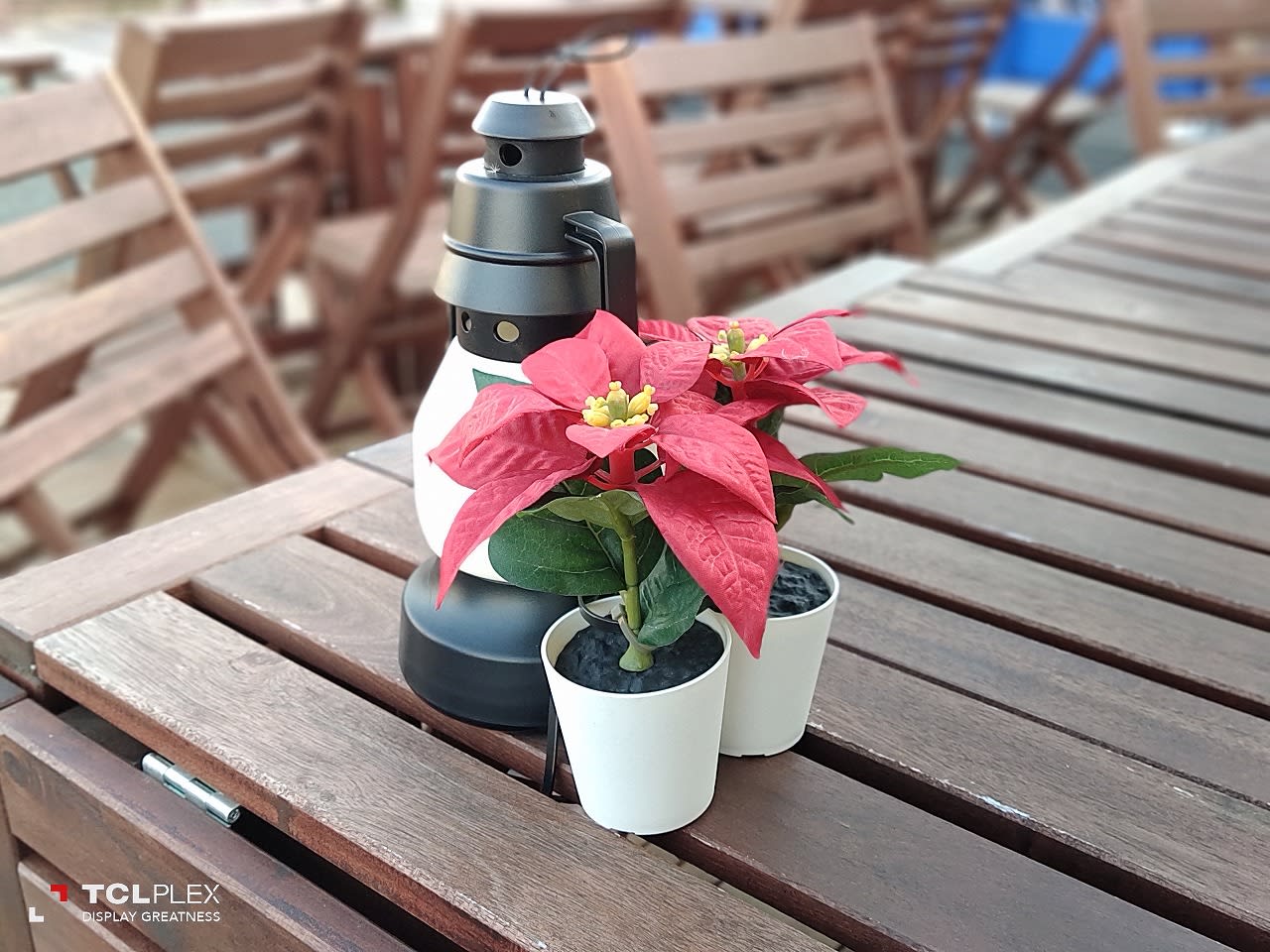 ▲ Portrait mode to blur the background. Can be used by people other than people 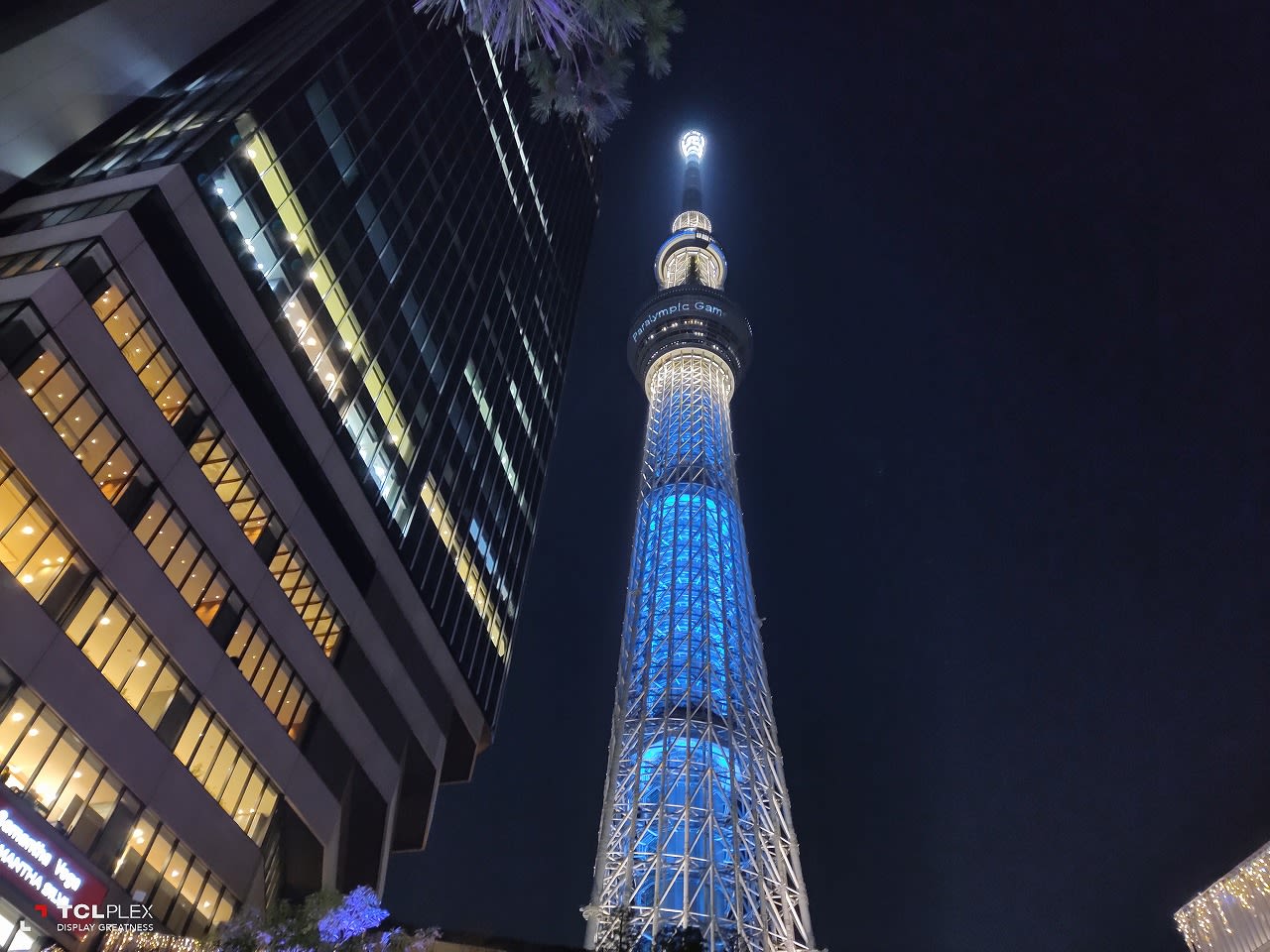 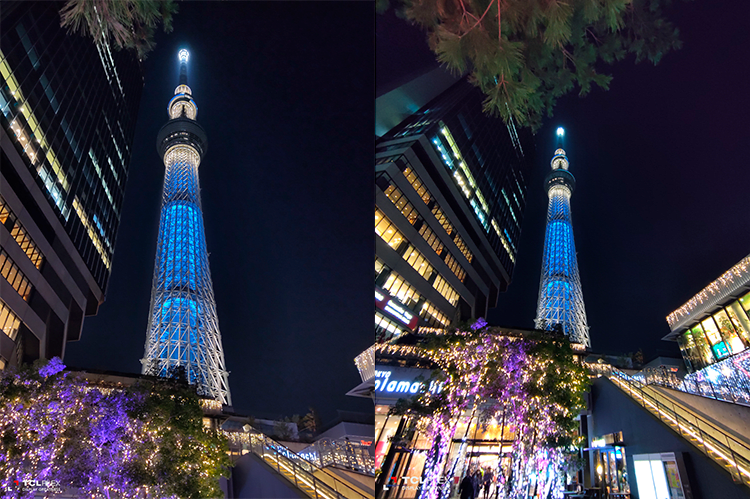 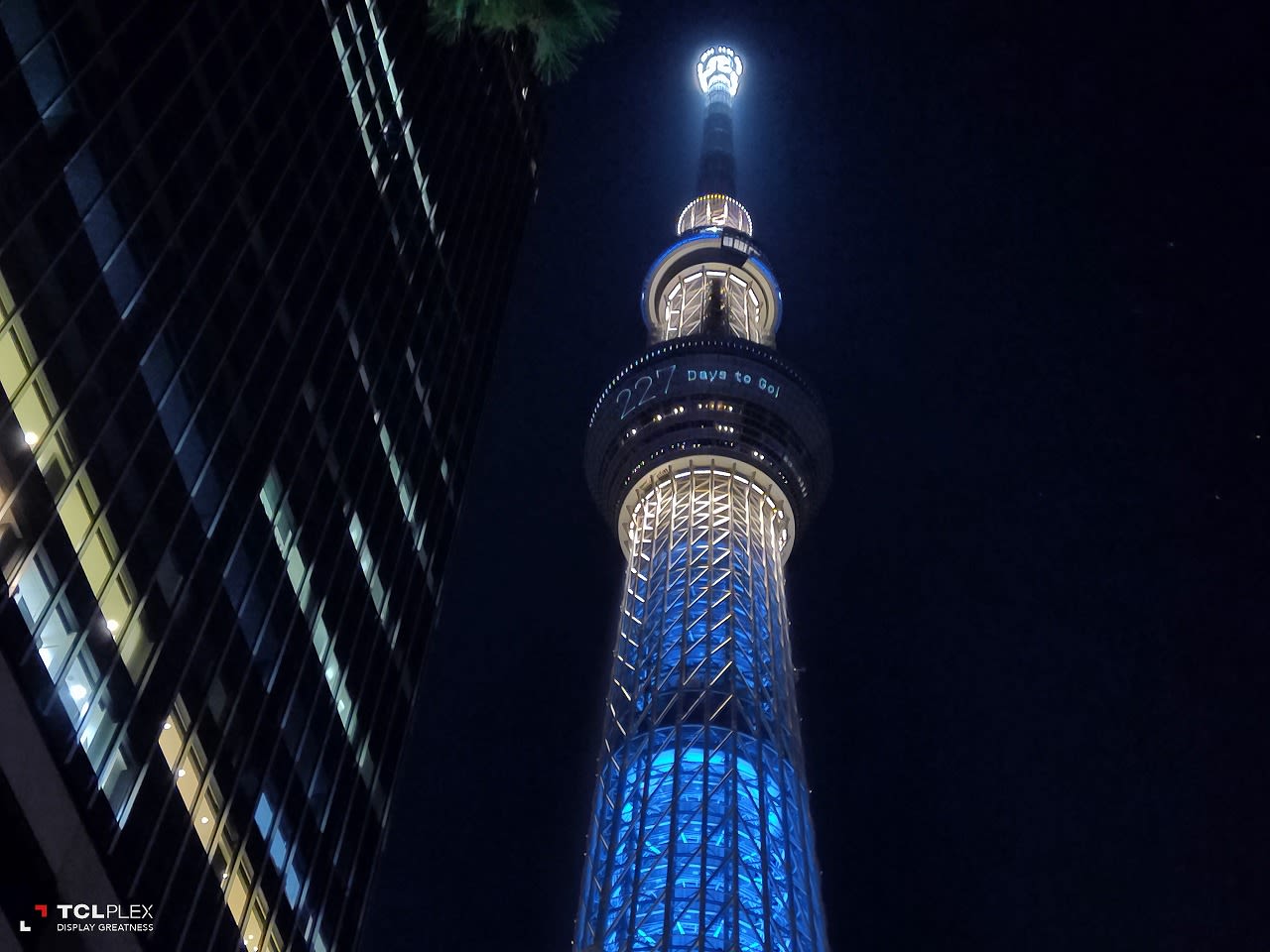 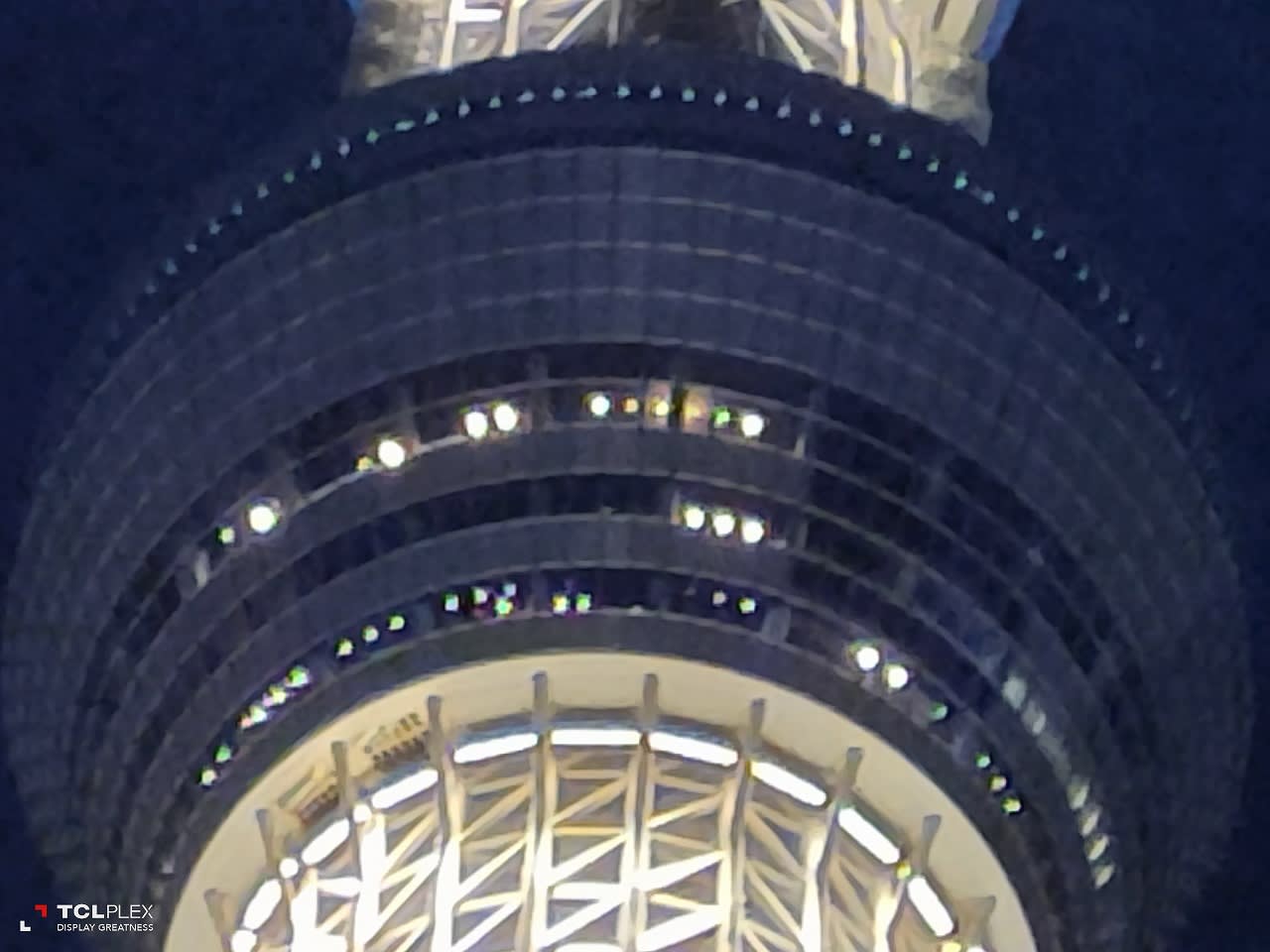 On the left side of the main unit, there are smart keys that can be assigned to single press, double press, and long press. 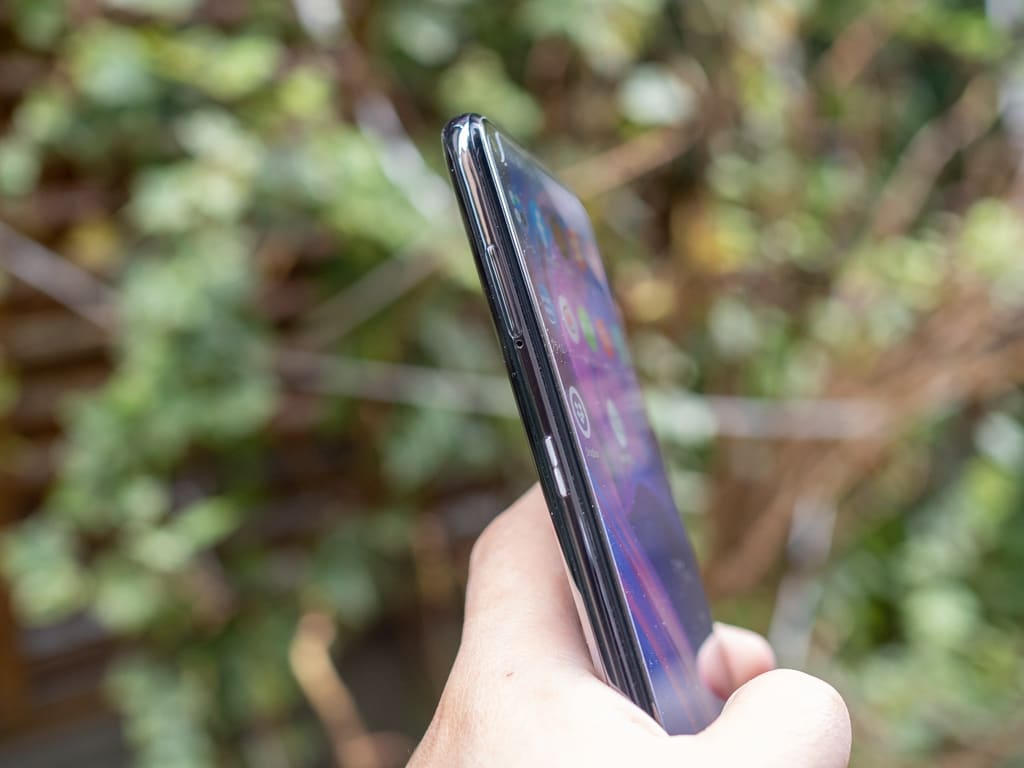 ▲ It seems to be mistaken for the power button, but the smart key on the left is

Unfortunately, you can't launch your favorite app and you have to choose from a set of actions, but it's a useful feature that you can use to activate the camera or mute with one shot. 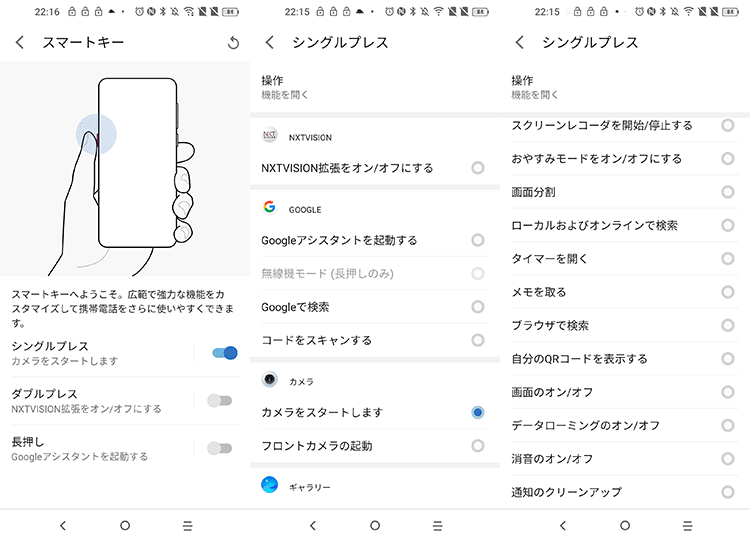 Super Bluetooth that can connect 4 units at the same time

Another unusual feature is Super Bluetooth, which can be connected to four Bluetooth speakers or earphones. By connecting two or more devices at the same time, you can adjust the volume and balance for each, providing a immersive music experience. 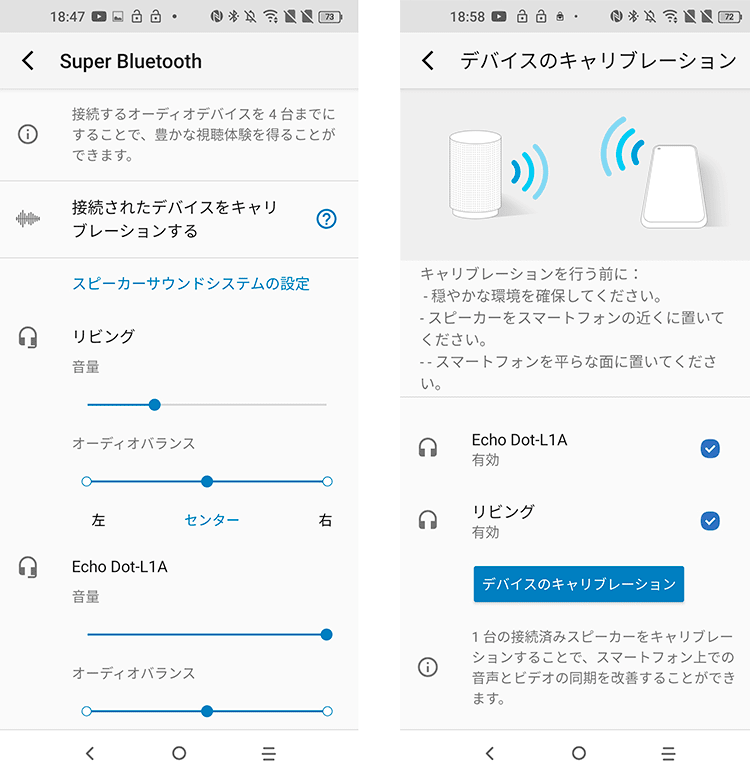 Confirmation of basic specifications and benchmark

Finally, I will review the basic specifications and the benchmark results. 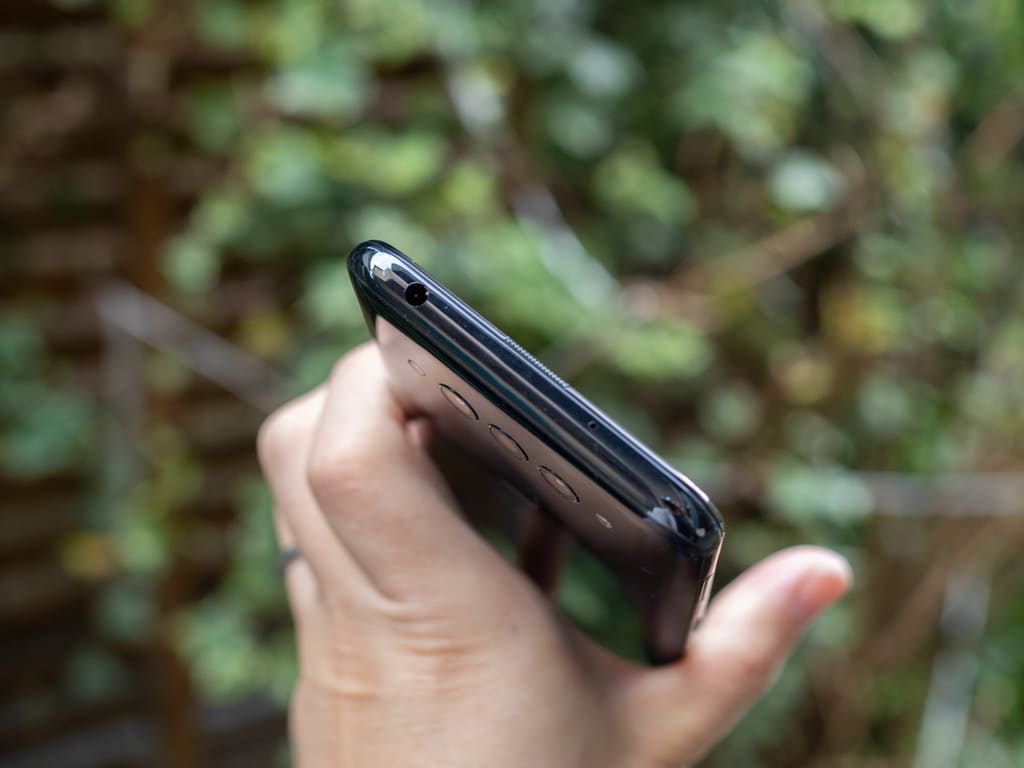 The installed OS can be updated to Android 10 with Android 9.0.

The benchmark result was AnTuTu with a score of 214256. Indeed, it does not reach the recent high-end model, but it seems that there is no trouble in everyday use. 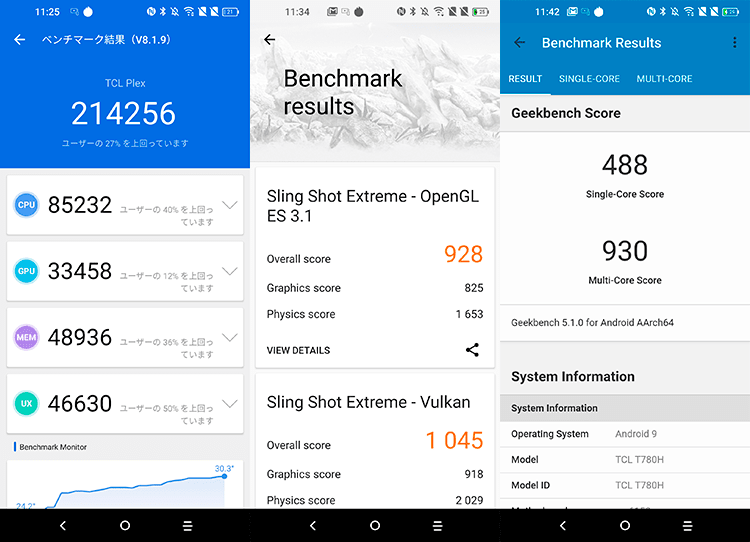 Practically enough. However, I am sorry that I can not utilize the display performance

Recently, the number of terminals with sufficient specifications has been increasing even in the low-priced range, and I feel that TCL PLEX can be used as a main unit if there is a condition that it is not necessary to use Osaifu-Keitai.

Cameras also have good performance, but in this area it is becoming increasingly difficult to differentiate. It's a shame that the display, which is a differentiator and a feature of this model, cannot perform well with video services such as Netflix. If the update makes sense, I'd love to look forward to it. 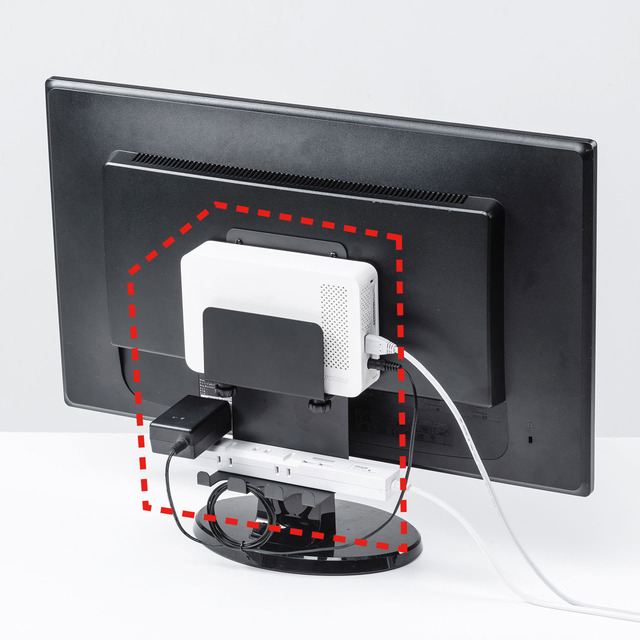 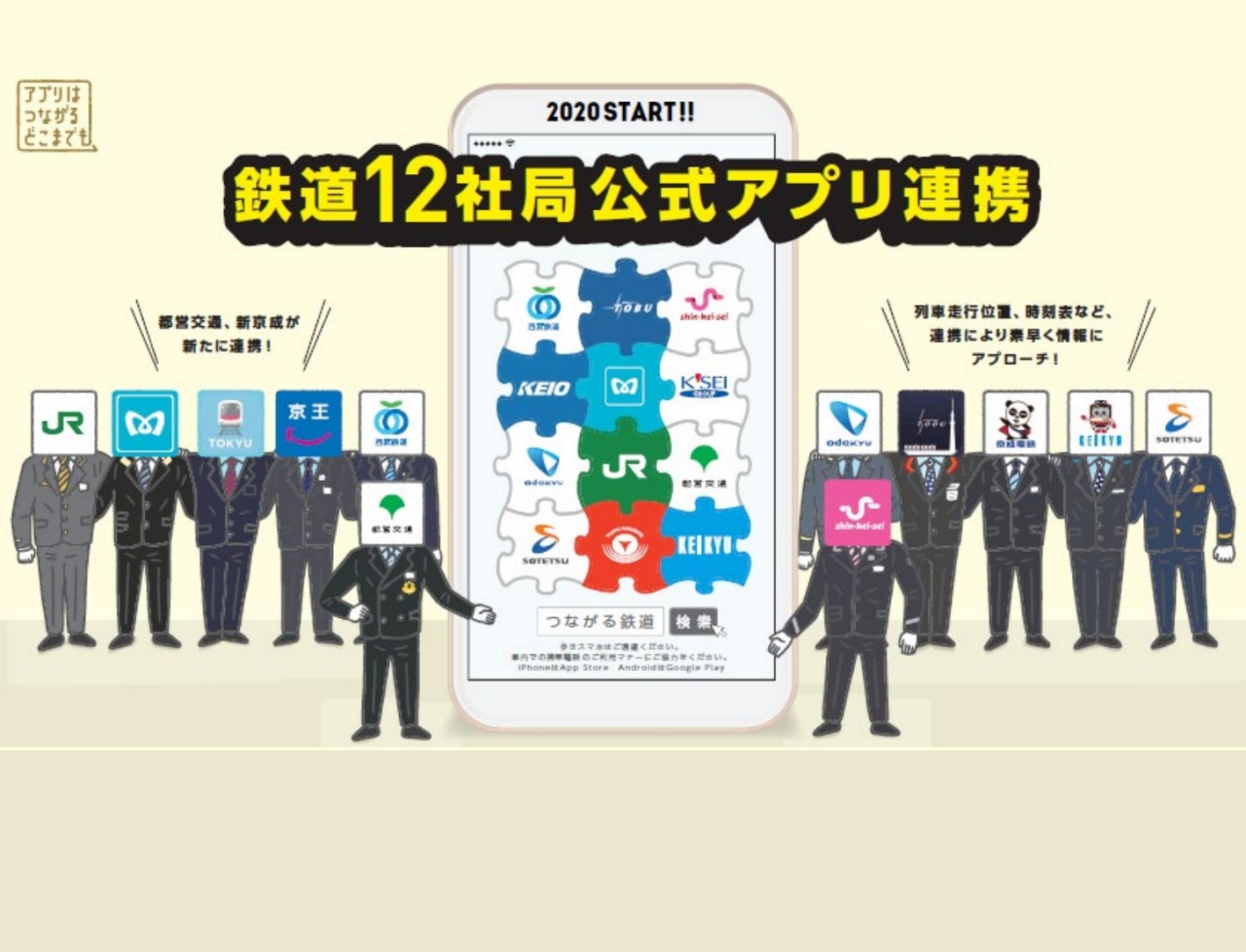 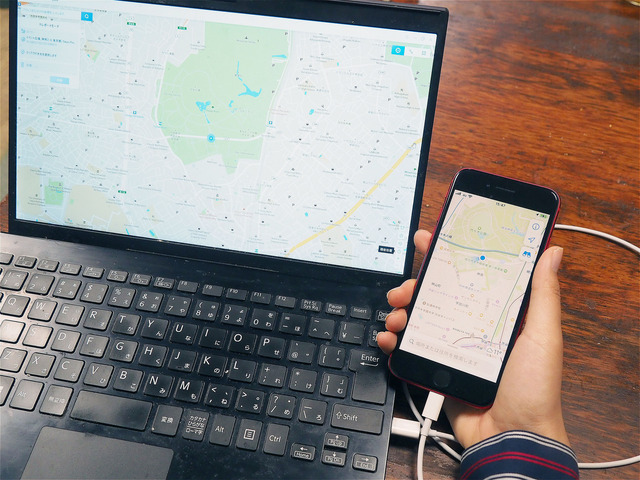