Every October, 100 historic racing cars line up in Southern Mexico.
*
It is a historic car race event of almost 2000 miles [about 3200 km] that runs through a closed paved road for 7 days through some of the most beautiful regions north of the equator. As the name suggests, it is a revival event of the legendary La Carrera Panamericana Mexico, held from 1950 to 1954.

Once upon a time, world-renowned drivers challenged this harsh Mexican race and competed for their cars, skills and stamina. World champion Phil Hill, Juan Manuel Fangio, and Herschel McGriff, the legend of NASCAR.
*
In 1988, a group of Mexican and North American enthusiasts revived Carrera Panamericana as a special stage rally and set up two stages: Transit and Speed. The transit stage runs on a regular public road from town to town. In addition, several speed stages are set every day, ranging from 3 to 16 miles. 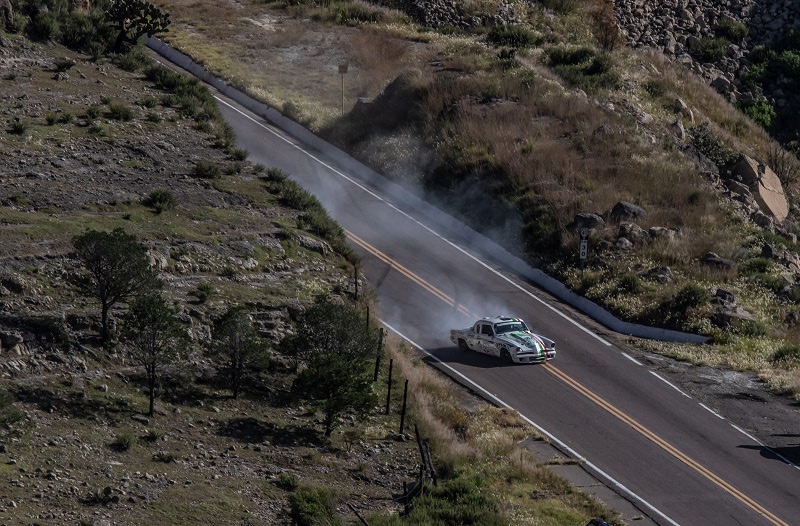 *
When the Mexican Highway Patrol opened the road, the race car started at full speed every 30-second interval towards a steep mountain road. However, the route book has a description of the average running speed, so it doesn't mean you should run faster.
*
Due to the frequent crashes and constant injury, the website says, “La Carrera Panamericana is an inherently dangerous sport with serious car racing. It ’s just a frank notice that “please understand.”
*
Due to speed limitations, the top gear ratio was defined as only 1: 1, and a rev limiter was also set. However, the tire size / revolution chart posted on the website indicated that it could still produce up to 145 mph [about 230 km / h].
*
There are “Panamerican Cars” [sports from 1940 to 1954, GT, commercial sedan], which are further classified according to engine size and modifications. The appearance of the car must be the same as in the 1950-54 race, but equipment that enhances safety and reliability, such as disc brakes, aluminum radiators, 12-volt power supplies, and electronic ignition, is essential. 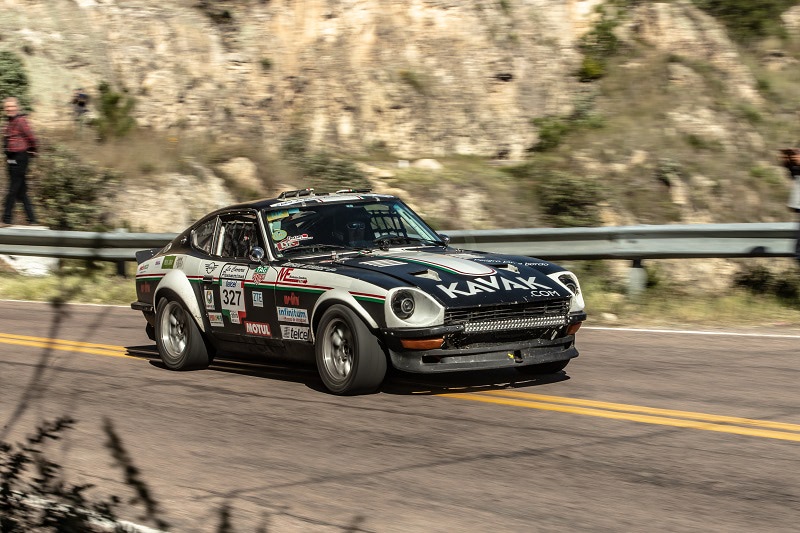 *
＂Historic cars＂ are sports, GT, and commercial sedans from 1955 to 1965, and are divided into four categories by age / engine. And finally there is an exhibition car frame. This applies to other models such as the 1949 Cadillac with Corvette 427 engine and the 1973 Porsche 911 monster with 3.6 liter engine. Engines that can be replaced are of the same vehicle type or system, and the configuration must be original, but it is just that. However, this group is out of the award.
*
All common regulations require supercharging, no fuel injection [except for original equipment], and use of an original or equivalent alternative body and chassis frame. The V8 engine can be equipped with a carburetor of up to 600 cubic feet, and European sports cars are allowed to install multiple carburetors and expand bores to 0.04 inches. On the website, it was written as a help boat. 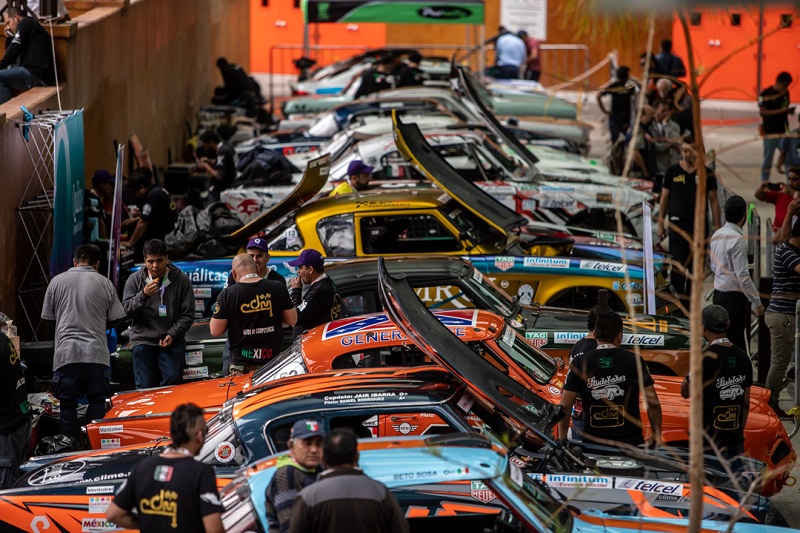 *
“There are three stages of participation even for non-certified vehicles.“ Tourist ”is for cars with added safety devices since 1965. Even at this level, it will be a meaningful result just by completing the race. The "competition" requires more detailed vehicle checks and harder driving, so you can maximize your car and your abilities without expecting a class win.The podium is waiting.3 The second is the “Full Competition”, where drivers spend a tremendous amount of time in a fully-equipped “Vintage Hot Rod” car, striving for a class win or a higher overall ranking. And the stress and costs associated with it [not to be too big] are not to be asked. "
*
“I do n’t know what level I ’m going to participate in. However,“ Tourists ”seemed to see more smiles.”
*
The practical safety equipment requirement is first a six-point roll cage [if a new driver or a new car is prepared, the schematic must be sent to the organizer in advance to confirm that it is in compliance]. Fireproof equipment, fire extinguisher, fixed seat [without slide mechanism], helmet, FIA 8856/2000 prescribed racing suit [with blood type notation], fire boots and gloves, HANS device, 5-point seat belt, 2 belt cutters . Headlights must be fully operational and must be on at all times during the event. All participants must purchase a Mexican rally license [$ 280, about 33,000 yen].
*
Organizers are looking forward to non-regular entries such as Ford Falcon, Mustang, Porsche 911, and 912. The 1965 Falcon, which completed the 2011 event, was recently listed in the "Bring A Trailer" auction [with a receipt of $ 55,000 parts] and $ 315,000 [ The bid was started from about ¥ 3.8 million. No one was able to get that far and it didn't sell. 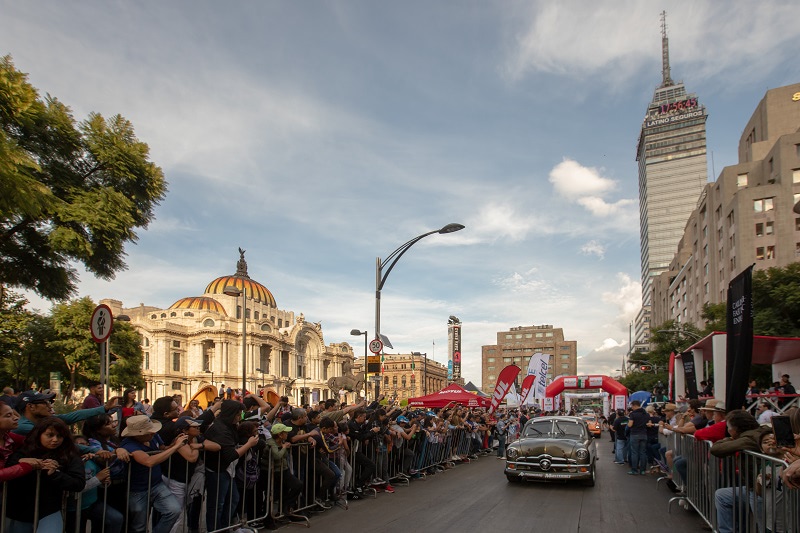 *
According to Martin Lauber, who regularly participates in Alfa Romeo Giulia, realistic participation fees, in addition to the car itself, will reach at least $ 30,000 [about 3.6 million yen]. The participation fee is about $ 15,000 in 2014, which includes 8 nights in a first class hotel room and many welcome parties, parties and memorabilia. . It also includes advice on getting your car ready for the start line and some support.
*
Registration begins in mid-February, and insurance can be purchased from the San Diego broker www.Bajabound.com. Would you like to participate while you can?

DIY Ferrari DIY?! Encounter with Testarossa who is riding in tattered condition

The radio control of that truck that has attracted attention all over the world! │ 2 sizes 1/10 and 1/64 available