As soon as the store opened in 2016, it quickly became a line store, and now it is a nova that has gained its name outside of the prefecture. No, it is no longer a giant star representing Kanagawa. Last time I decided to visit such a hot spot,"China soba and main store" recommendedFrom that.

Speaking of "China soba and main store", famous ramen demon, Sano Minoru was founded. His wife Shiori, who continued to eat the same meal as Mr. Sano 365 days a year to cultivate the same tongue sensation as the “oni”, said the following last time.

Shiori Sano"When I ate the wontonmen of" Nakamura Menzaburo Shoten "for the first time, I was impressed with" Wow! The depth and sharpness of the soup. I love soy sauce. Anyway it was delicious ~ "

If I praised me so far, I would be surprised to find out that I got down to Fuchinobe Station in Sagamihara City. A 5-minute walk from there, you'll find a shop where customers come and go constantly along a slightly lonely road—Nakamura Menzaburo Shoten.

I visited around 14:00 on weekdays. Lunch time is full when you look inside the store, even though it's been a long time. I thought that many students were hungry because the university campuses were scattered around, but when I looked around, I was surprised at the thickness of the customers, from families to the elderly.

This time, I ordered"Shrimp wonton soy sauce ramen (1100 yen)". A clear soy sauce soup, char siu (roasted roses), thick menma, and three shrimp wontons are crowded together, so you can not see the noodles.

When you pull out the noodles … Oh, you can see beautiful thin flat noodles …

I lifted it to eye level no matter how long it was, but still couldn't see the end. Even if we mobilize our vital capacity and take the plunge, we can't “slip it” as expected. Instead, smooth and stiff noodles will fill the mouth,Uh, just happy.

soupIs contrary to its transparent appearancePretty deep taste.Powerful animal tastes such as chicken are cut into the tongue, and sharp kaesi (soy sauce) is clear and throat.“Starts rich and ends easily” It is a kind of contradiction, and the taste is impressive as rumored.

at this point"Oh, if there was a store like this …"I was very jealous of Sagamihara citizens, but when I ate thick char siu, such a low-minded feeling was blown awayCrackleCame. At the moment of biting, the juice overflows and the juiciness is not felt even with dust. It's already a protagonist.

And here was postponedTrue protagonist wontonBut to be honest, I have never asked for "Wonton Noodles" at a ramen shop. For me, who grew up in Yokohama, where Chinatown is located, wontons are eaten at Chinese restaurants.Wonton served at a shosen ramen shop …If you try eating it without expecting it

I thought, "If I bite, I'm going to make a cute sound like" Puri ". Maybe I might make" Puri "twice."No way to speak clearly with a thick "voice"I think so. And it's really delicious, kore …!

Shocked so shrimp,Kentaro Nakamura, the shop ownerHe asked for an interview, and he was willing to say, "After the business hours in the afternoon."

──This time, I visited for the first time with “China Sobaya” 's “push”.

"I'm sorry. I'm glad that customers say it's delicious, but I'm really glad that they are evaluated by my colleagues and Mr. Sano."

──Suddenly a simple question, what does the store name “Nakamura Menzaburo” mean?

"It doesn't have a deep meaning, but I'm the third son, and my name is Kentaro and I'm a ramen shop, so it's" Menzaburo "(laughs)

"I jumped into the food and beverage industry from the age of 19. At first, I trained at the Heinro, a Chinese restaurant in Tameike-Sanno, Tokyo, about five and a half years."

For those of you who don't know, Heijinro is the oldest Chinese restaurant in Japan, headquartered in Chinatown Yokohama and boasting over 130 years of business. Enter one of the "super-luxury" restaurants in Chinatown. The Nakamura shopkeeper was trained at his branch (Tameike Sanno Heichinro).

Then, that shrimp wonton …

"That shrimp is carefully prepared, but it's packed with everything I learned at Heijinro. I've already made countless wontons."

──No way it was a wonton made with a real Chinese restaurant …! The shrimp are crisp, no, it's a “brink !!” Not only wontons, but also long noodles were characteristic.

"I want you to enjoy the fun of sipping, and it's lengthened because it's easy to differentiate noodles from other stores, and I think it's easy to give as much personality as soup."

で す ね You heard that the ramen was trained at “Noodles Fortress (Shibuya, Tokyo)”.

"I trained at Heijinro for about five and a half years, and then for five years at Fort. I was also a manager at one time."

──Speaking of “Fort,” it is “tonkotsu”, but the soup that you make yourself is based on simple soups such as “Seiyu” and “Shirayu”.

"Thankfully, when I was at the fort, I often had the opportunity to make limited ramen, so I tried various flavors, but as a result of trial and error," Seiyu "and" Shirayu "have" possibility " What. Not only soy sauce ramen, but also tandan noodles, sour hot noodles, and boiled dried noodles can be arranged. The taste now has changed a lot compared to when it first opened, but the base taste was cultivated during the 'Fort' era. ''

か ら You have pursued “your taste” since your training days.

"Of course, both Heijinro and Fort were really hard during the training period, but we were able to do our best because of our goal of independence. To be clear,The ramen shop is the most simple until it opens.…… I think it ’s a shindoi even after opening the store (laughs) ”

で す か Do you still go to other ramen shops for research?

"Rather than studying, I go to fixed stores to eat at fixed point observations. As with myself, ramen shops evolve the taste little by little every day, so I go to eat to check it On the contrary, there is not much new store development. "

"Ramen is interesting because it gives the taste of the creator! You can tell by taste, "Oh, I guess the owner is such a person." When the taste changes, you can see traces of effort. After all, ramen must be considered as one dish and must be chosen because it is in the age of being selected as Michelin. Checking the taste of other stores will also lead to such motivation. ''

・ Which ramen shop will the next notice “Nakamura Menzaburo Shoten” recommend?

──Tell me what Nakamura-san is going to recommend!

“It's“ 〇〇〇〇〇〇〇 ”in Yokohama, Kanagawa Prefecture. I heard that“ Salt Ramen ”has been renewed, so before I went to eat it was“ Power of salt and soup ” Greater than ever! I tought"

When you hear,Nakamura shop owner “strong influence”This shop is run by the owner who gave the gift. What is the ramen shop that Nakamura Menzaburo Shoten really recommends?に Look forward to the next time. 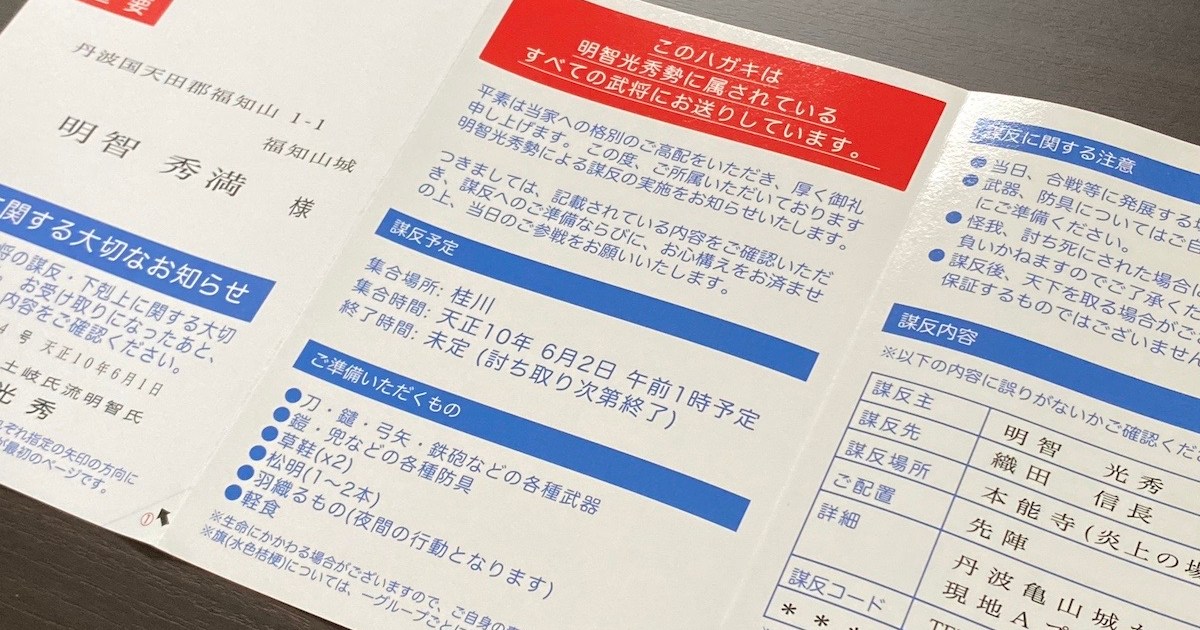 If you open it, you agree to the conspiracy!? "Hometown tax payment" is underway to get "Honnoji's strange news postcard" / Fukuchiyama City, Kyoto Prefecture

After an amateur practiced dubbing every day for 3 weeks, I was asked if I challenged a dubbed voice actor in the movie “Jumanji / Next Level”. 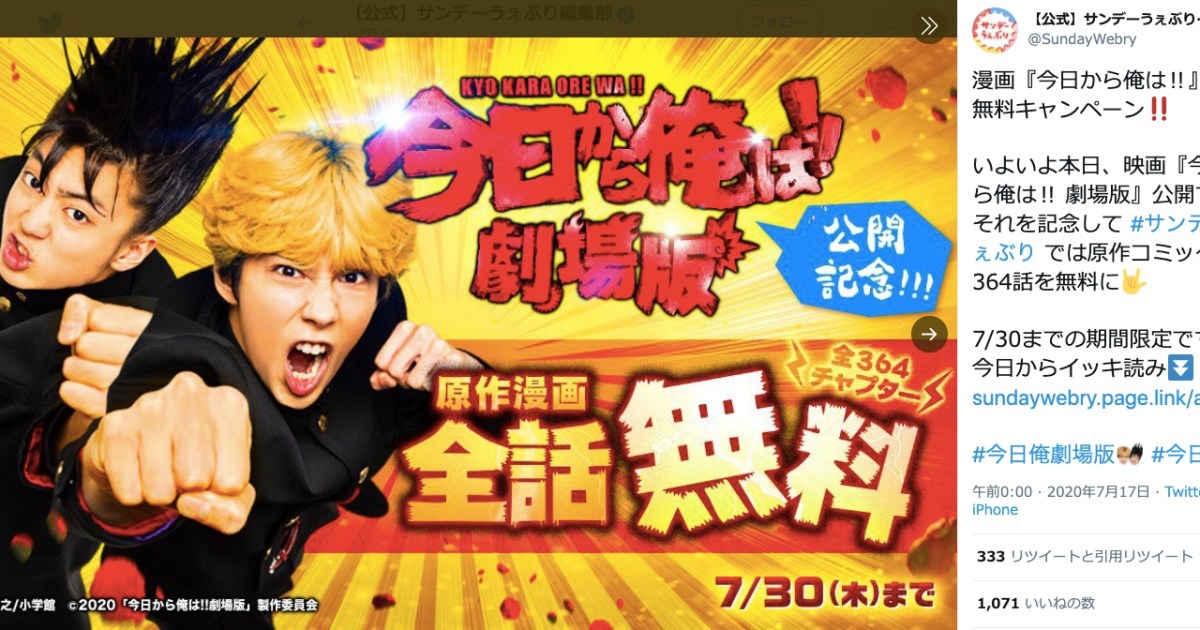