There are only a few places left in 2019. Due to the closeness of Christmas, the illuminations are fully open all over the country, but “Canal City Hakata” in Fukuoka Prefecture has a chariot mechanism. Yes, it is an aqua panorama tailored to the season.

A fantastic world of fountains and illumination …A place where you can't breathe if you go aloneHowever, it seems that everything is free and Evangelion's original animation is also playing. Hum … Would you like to go!

The illumination is so dazzling.I don't think it's glaring.

Don't run away … Tell yourself that you can't escape, but don't wait until the limit of activity, so head straight to the Sun Plaza stage where the show is held.

By the way, there are 3 types of shows. Christmas panorama, illumination show, and"Evangelion Apostle, Hakata Attack"It is.

To tell the truth, Eva's original animation, which is the purpose of this time, has been performed since June 2019. It seems to be drawn with a large screen of width 65m x height 20m and fountain, lighting, and sound effects at the theater level.

──Before going to the main topic, let's take a quick look at the outline of “Evangelion Apostle, Hakata Attack”.

However, it cannot be easily annihilated before the power of the apostle, which is stronger than expected. Therefore, the strategy taken by Misato Katsuragi was a combined attack by three Eva. Can Evangelion pilots, including Shinji Tsuji, defeat the apostles?

──I copied and copied what is written on the official websiteIn short, Eva confronts the apostles to protect Fukuoka. Anyone who has seen the Eva series will definitely understand it.

Some people haven't seen it yet, so I will refrain from giving details here, but when the video is projected, the power isn't awesome. Even if 3D projection mapping using the walls of the facility alone is overwhelming …

If you add fountains, lighting effects, and explosion sounds to it, it's like a movie theater … No, it feels like you're watching it in a more luxurious place. If you want to be alert …

How, the fountains that make children scream are fired vigorously, and scenes with a sprinting feeling are rolled out one after another. If it is developed with Eva's familiar BGM …I can't collect it!

The first machine, I feel like it's always runaway # Evangelion # Shinji # Runaway # usual

The sync rate does not stop after that. As a rule of thumb, goose bumps won't stop when you witness the first runaway. Also, there were lots of lines and scenes scattered all over the video, and it was wonderful because the contents were gathered together in a performance time of less than 10 minutes. If you visit Hakata, you should see it!

The original anime “Evangelion Apostle, Hakata Attack” that can only be seen at Canal City Hakata. The performances until December 25 are three times: 18:30, 19:30, and 20:30. Future schedule and detailed timeOfficial website of Canal City HakataIt will be updated from time to time, so please check it there.

It is good to see only Eva, but as mentioned above, there are Christmas panorama and illumination show (as of December 12). The video flows in sequence and the total time required is approximately 45 minutes. It's time to cool down, but it might be a good idea to fully enjoy it.

The dumpling revolution was happening again! Even though Osaka's king's "chilled gyoza" is frozen, it's a new feeling with easy cooking!! 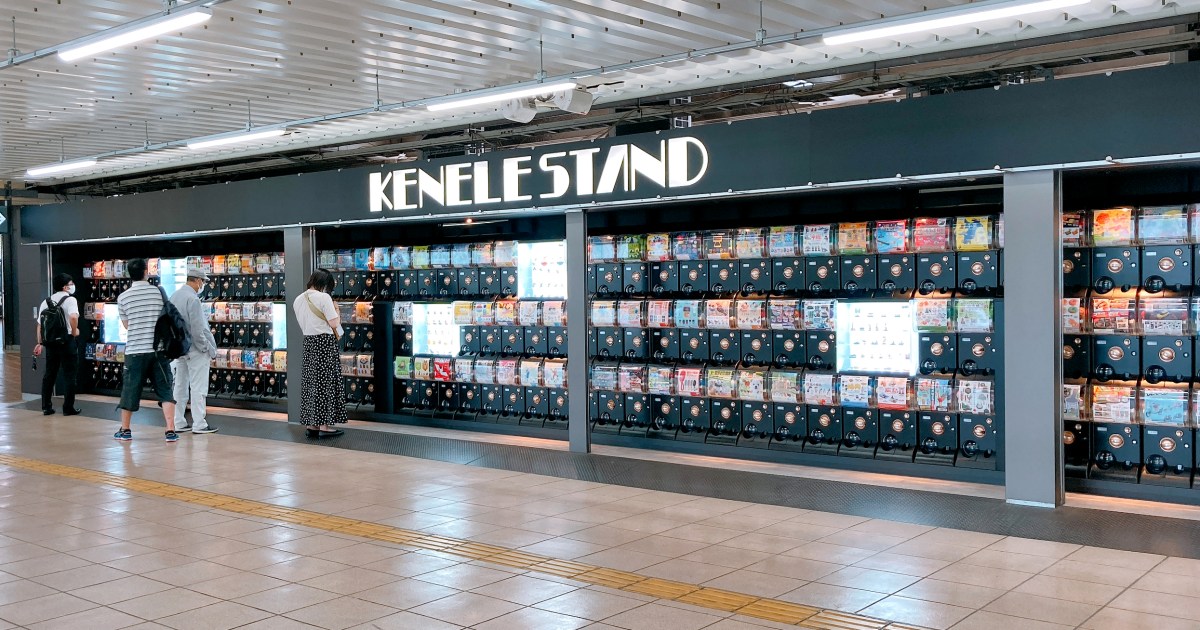 If you eat low-carb okonomiyaki, you are about to fall over