Today, on the 76th day after being addicted to gyoza, my colleague Sato showed me a rice ball saying, "Oh, you know this?" The product name is …

"Onigiri with only delicious dumplings"

what is that. Rather it is a new release. You don't know that. So, immediately fly to Lawson and buy immediately. The price is 145 yen [tax included]. I tried to eat it with my expectations!

This is an unmistakable dumpling odor.

And if you just divide into two …

Harada, who has been living with gyoza for more than two months like me, says, “I may have been expecting too much,” and I agree with that opinion. When asked if it feels like "gyoza rice [gyoza set meal]", the answer is no.There is only a rice cake in the rice ball.

However,The package also says "Only here", so the package is a simple product …… just that. However, the answer is no if asked if it is a repipe. Speaking of ants or pears, they are pears.

Maybe weAs far as dumplings are concerned, there is a possibility that the tongue is fattened.Every day, it has been dumplings for more than two months. The absolute sense of gyoza, which is not an absolute pitch, is always the limit. Of course, if we eat something with a gyoza flavor, we will think that it's different.

On the other hand, Sato who did not live a life full of gyoza was really calm. Impressions after mealsEun, not gyoza. I wanted you to bring out the “feel” of the dumplings ~“It ’s really kind. When I heard that, I reflected a little "I was too crunchy". The only thing that should be crunchy is the gyoza skin.

Do Maasai know their blood type? Masai Communication: No. 349 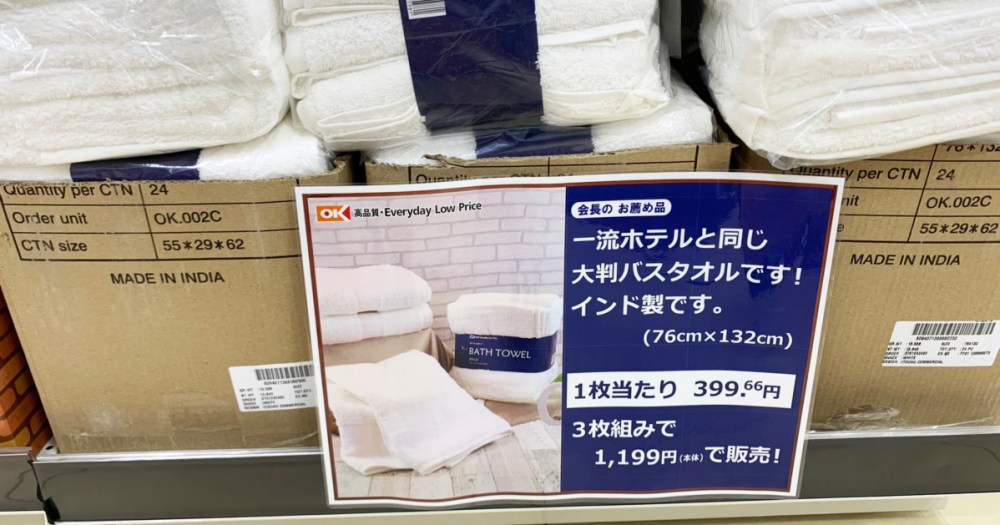 "The same large-sized bath towel as the first-class hotel" was sold to the strongest super cheap store, so I asked "what is the same"

“One Wish” written on April Fool's joke, an annual event in Nogata Shopping Street in Tokyo