Furthermore, the story of Matsumiya's hardtop continues. It turns out that Plan B existed on the hard top. The rear quarter pillar is thinner than the mass-produced model and has a dogleg at the bottom of the pillar. This is to store the glass. The contact points between the front pillar and the roof are slightly angular. Option B of this hardtop was not adopted.

▽A plan was released as a hard top in October 1970. The mass-produced model has a design in which the contact points between the front window and the roof flow in a round shape. The rear quarter pillars and the waistline are connected smoothly, forming a powerful and elegant line. Both of these hardtops were designed by Matsumiya.

I would like to mention the next C110 Kenmeri skyline of Hakoska. The surfing line drawn by rookie Takaaki Matsui shocked the design department.

"I didn't know how to draw an idea sketch yet, but no one taught me. When I put the sketches on the wall, I could see the pictures that would have an impact. So I worked hard not to lose to other designers. Matsui replied in the February 2001 issue of this magazine.

Matsui's painting was not just a highlighting method, but the painting was painted on the surface of the car to give the car a three-dimensional appearance. Until then, the highlights were usually applied lightly. Matsui's sketch stood out. Certainly, the one who painted the color strongly attracted attention. The C110 Kenmeri Skyline was styled like a car and the surf line was scooped with a spoon.

One of Matsumiya's jobs is to put together a design drawn by a newcomer. While drawing plan B myself, I made plan A three-dimensional. Model A was made by Ogikubo [former Prince] modeler, and plan B was made by Tsurumi [former Nissan] modeler. It was around the time when the merger with Nissan had an impact on design. Then, it was decided to plan A drawn by Matsui.

The front captures the image of the American fighter F-100 [Super Saver]. It had a large opening and was contoured with a thick molding and bumper, and it was a design that claimed a hole. This was Matsumiya's idea, which was unique to Matsumiya who loves fighters. The overall basic form and surfing line are Matsui plans, but the front and rear plans are Matsumiya plans, which is the Kenmeri Skyline.

Furthermore, the basic form of the C210 Skyline Japan design has also been proposed by Matsui. Matsumiya will design the front as well as the Kenmeri Skyline. With a minor change, it was decided to suddenly adopt square headlamps. It was a product of Ichikoh Industries, but it became a little thick for technical reasons and became awkward. Designers didn't want to use thick lamps. However, Jiro Tanaka did not give up. "Skyline wasn't a car that actively adopted new technology. Let's try something new."

The story covered the successive skylines, but I will leave it to another opportunity due to the magazine's relationship.

Finally, we decided to have the main theme of this time, "secret of design of famous car Hakosuka" summarized.

≪Hakosuka is not a pattern to make a clay model first and measure it. This is the last model that prioritized the diagram. This is the reason why a design that excites the human body was created. The change in the surface of the body is not constant. The line is gradually changing everywhere. It is not the same curve [curved surface or curved line] of a modern car. For example, the upper one was a small one and the lower one was a large one. Then, the different ares are joined together. It was a new method that connects the meantime with a gentle are.

This is the reason why the body of Hakosuka is said to look like muscle. I was lucky because the black metallic silver color mixed with red, which Suzuki thought, made the delicate body shine.

⇒ Hakosuka gradually increased the number of sales from the beginning, and the appearance of the hard top in October 1970 and the timing of the minor change matched. Monthly sales increased by 3340 [comparing 1970 and 1972]. Matsumiya's double-eyebrow front style certainly appealed to the purchasing class. However, remember that there was an "S75" that didn't see the light of day. The achievements of the designer who made the prototype "S75" design a minor change of the mass-produced car and the hard top are infinitely large. 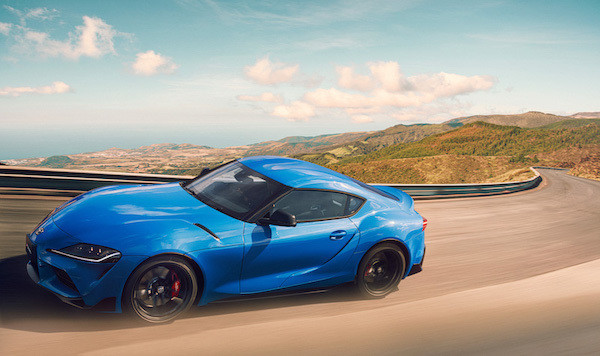 The distance between the tires and the tires from the previous term is also different!? Similar but with a different finish in the latter half | 69 Mazda Cosmo Sports Vol.2