Well-known writer Graham Robson was a Ford consultant at the time the RS200 was in development. He told me about the true history of birth that he knows.

I will never forget the dizzying days leading up to the birth of the RS200. I didn't design it myself, nor did I create the concept, but I was fully involved in the discussion "Why don't you try?" From the beginning.
‥
It was a Friday night in January 1983. My dog, Bulldog, fell asleep as if snuggling at me, and I was relaxing while watching the fire in the fireplace with Scotch whiskey in my hand. Suddenly the phone rang. Confused by the phone ringing at 10 o'clock in the middle of the night, he responded by Ford's spokesman, Stuart Turner. And while talking with him, the confusion turned into excitement.
‥
Stuart Turner, who has been working at Ford since 1975, was not directly involved in Ford's motorsports. Nevertheless, he was constantly informed by his boss, colleagues, and his mentor, Walter Hayes, to keep track of what the motorsport department was doing. It was only natural that when I answered the phone, Stuart's words "I didn't have this conversation" made me feel excited.
‥
Ford's motorsports past, present and future lectures were well over an hour long. I was impressed, and the next day I made a good resume so I sent it to Stuart. I still have a copy of it.

The message from Stewart was clear. Ford's motorsport division is at a turning point. Walter Hayes is trying to put Stuart in the back of Karl Ludwigsen, then head of Ford Motorsports and now freelance journalist. There is an urgent need to end the Escort RS1700T and introduce a new Group B car.

“Stuart is now listening to the people who can be the brain around him. Can you talk a bit? What do you think?”.
‥
By the time I was on the phone with Stuart, I had almost conveyed all the ideas I could provide. It was a great pleasure to hear that my thoughts were fully transmitted to Stewart who has a technical thinking circuit. Then, within 3 days, I made a paper for the idea that came out in the conversation this night, and promised to deliver it to Stuart's home. It was "at home, not at the office."

‥
There were 12 items in my opinion that I told Stuart. According to what I heard later, it seems that everybody who Stuart heard the opinion answered "4WD", and I wrote it down. At the same time, he expressed the need for at least 400bhp, production of 200 units outside the normal assembly line, and concept creation by star engineers. One week after sending this document, the phone rang again. "I don't think there is much debate about what a new machine should look like. The new machine is called the" B200 "because it's limited to 200 Group B machines.

However, it does not convey how special a machine should be in the upper layers other than Walter Hayes. If you have a photo of Lancia Stratos at hand, could you send it to me? " I sent to Stewart not only the photos but also the perspective view published by Autocar magazine. From here, the development of special cars began and my involvement deepened.

Next time, let's write down the movement in chronological order. <Continue>

Taikan also participates in the 2020 snow race! A large collection of successive Porsche

Transcontinental rally from London to Sydney! What are the results of the three Porsche 911? 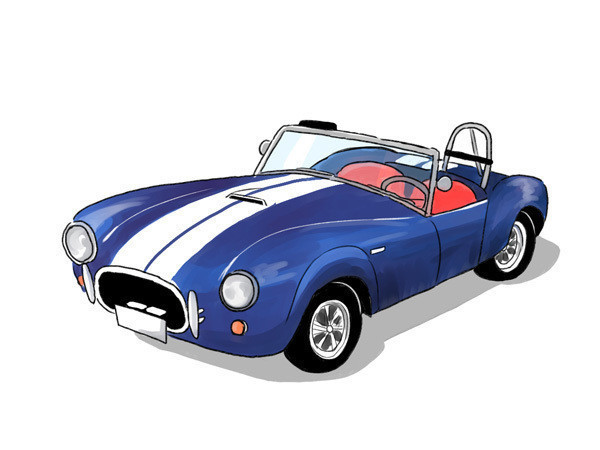 A treasure called an engine. Motivation for "engine construction"