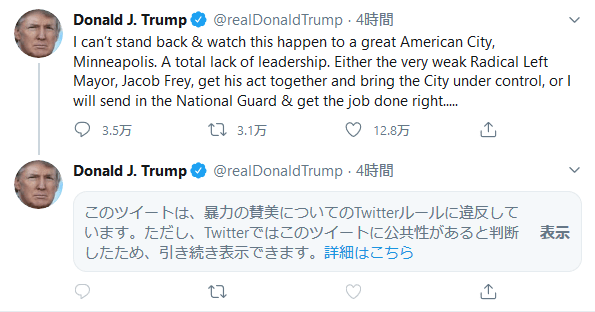 One of today's tweets by President Donald Trump, who issued a presidential order to revise Article 230 of the Communications Quality Act, was hidden by Twitter because it corresponded to Twitter's rule about beautification of violence policy It was. Since the exception was applied as "content in the public interest", the tweet is not deleted, and it is displayed if the user so desires. The tweet of the issue (this time) responded to the radicalization of demonstrations in Minneapolis, Minnesota, where a black suspect was suffocated by a police officer who was suffocated by a police officer. While saying, "I will start shooting if looting begins," he stated straightly that he is ready to fire at the mob.

News siteAccording to AxiosThe labeling and hiding consideration was done by a team within Twitter and was carried out after reporting to CEO Jack Dorsey.

Twitter's communications team violates the policy on the beautification of violence policy based on the history of the last line, its association with violence, and risk of similar behavior today that could lead to similar behavior today. "We have taken steps to prevent other users from being encouraged to take violent action," he said. This further adds, "We limit our involvement in tweets, and people can retweet with comments but not likes, replies, and retweets."

The historical background here is the Miami police chief Walter at the time when the part of the president's tweet "If you start looting, start shooting" was to suppress the situation during the riot in Miami in 1967. -Indicates that he quotes Mr. Headley's words.

We have placed a public interest notice on this Tweet from @realdonaldtrump. https://t.co/6RHX56G2zt

Justice Collaborative's Chris Geidner side-by-side shows the President's tweet and the Minnesota National Guard tweet, saying that the National Guard "has sent over 500 soldiers to St. Paul, Minneapolis, and the surrounding community. Our mission is life. It is about defending, protecting property, and defending the right to peaceful demonstrations, "he points out that the President's claims are inaccurate.

By the way, President Trump hasn't posted any new tweets since Twitter took the hiding measures this time. Thinking about local time, I think it was just going to sleep, but that's why I'm worried about what kind of Trump cannon will be brought out after dawn.

iPad mini reviewed with iPadOS 13.4. In fact, it may be the strongest mobile environment (Masaichi Honda)-Engadget Japan Version 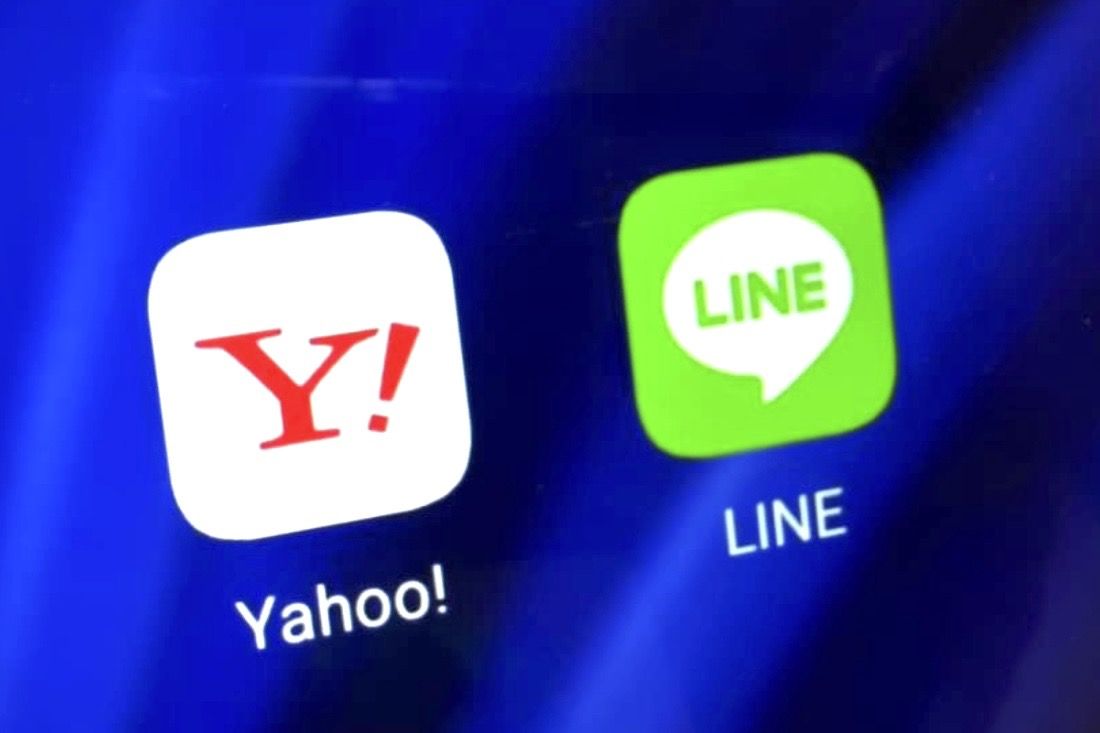 Let's make a nap comfortably by making the best recipe for a nap with "shortcut"! : IPhone Tips-Engadget Japan Version

"Mario Kart Tour", the most downloaded Nintendo game application for the first 98 days. Profit is also second only to FE Heroes-Engadget Japan Version