What was the "valve" used in the ancient Roman water supply? 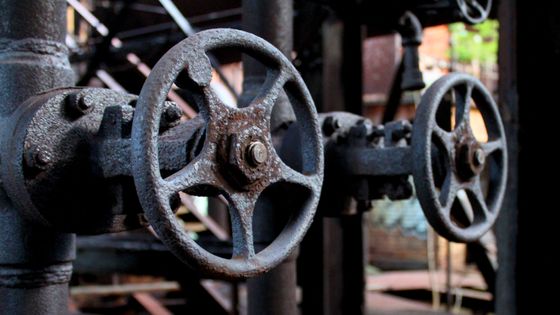 A device that controls the direction, pressure, and flow rate of a fluid.Valve (valve)". Advanced water system was builtAncient romeResearch on water resources management and infrastructure design in ancient civilizations for "valves" used inWright Paleohydrological InstituteCommented by Wayne Lorenz, director at

In ancient Rome, many waterworks were built to supply fresh water to cities and factories,Roman aqueductA series of water supplies, also known as, is one of the factors that prospered in ancient Rome. Lorenz points out that abundant water has played an important role in improving public health, increasing workforce and developing the Roman economy.

Roman EmpireThe Roman aqueducts constructed in each of the cities mentioned above are designed for water pipe design, advanced surveying technology, tunnel construction, plumbing,siphon・ Reservoirs ・ Remove impuritiesSand basinAnd many other technologies. The water supply, which was precisely designed by highly-skilled engineers, was able to use gravity to transport water to urban areas tens of kilometers away from the water source. Lorentz argued that ancient Rome also had systems to control the amount of water sent to urban homes and factories, and used valves similar to modern systems. In fact, the valve design used in ancient Rome wasPlug valveIt seems that there is not much difference.

Was actually under the control of ancient RomePompeiiA bronze valve, as shown in the photo below, has been found at the archeological site. The pipe extending from the main body to the left and right is the connection with the water pipe, and the valve and the water pipe are welded using molten lead. 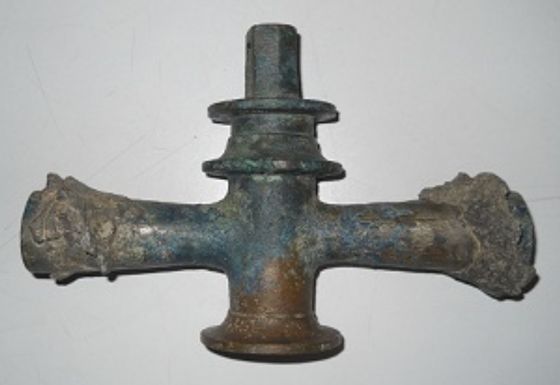 The photo below shows a "plug" for controlling the flow rate with a valve. 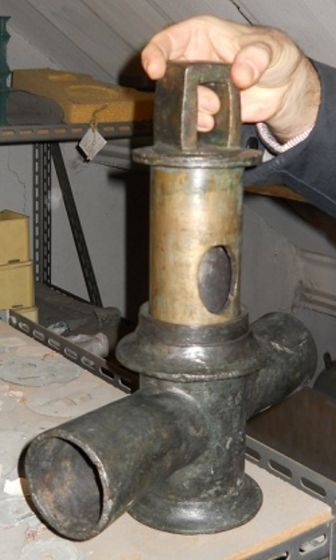 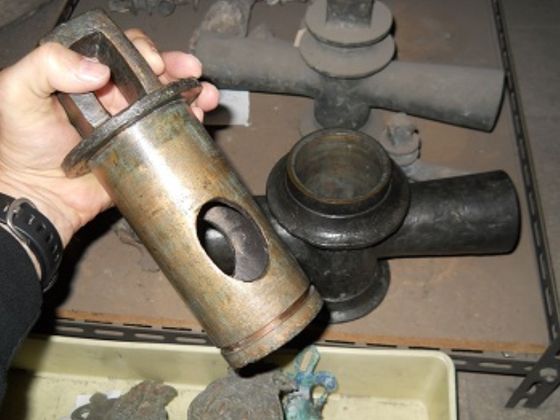 Also, by driving the rod into the small hole at the bottom of the valve, the valve body and plug were fixed, and it was possible to prevent the plug from rotating freely and jumping out of the valve due to pressure change etc. . Lorenz states that valves that work in much the same way as valves used in ancient Rome can be purchased at modern hardware stores. 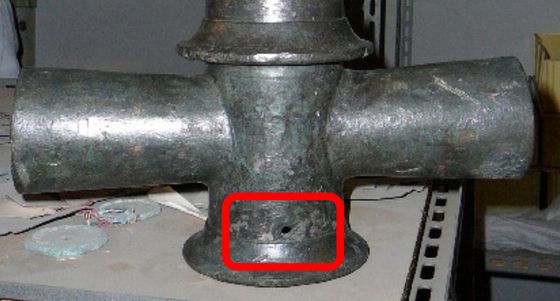 Furthermore, it seems that each valve made in ancient Rome has almost the same material composition, and it is said that it is almost consistent with the ratio of 73% copper, 18% lead, 9% tin. This indicates that the Romans set standard alloy specifications in the manufacture of water pipe valves and that quality control was performed with high precision.

Also, the valve design in ancient Rome seems to be suitable for water pipe design at low water pressure. Water pressure in Pompeii water system is approximately 0.055MPaIt is estimated to be 0.062MPa, which is lower than the standard water pressure of modern water supply of 0.2 to 0.39MPa, but it was enough for water distribution to ancient Roman cities and factories Lorenz says He said. 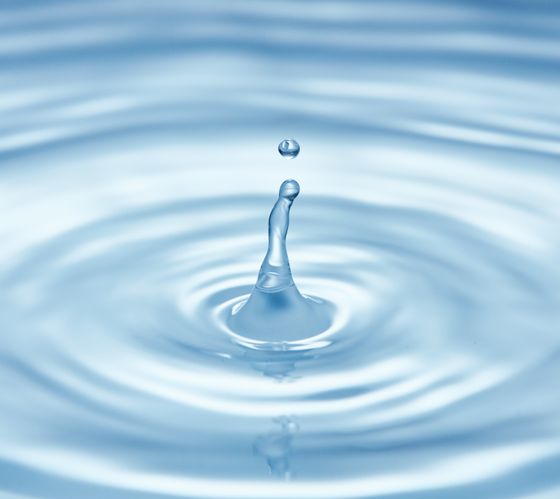 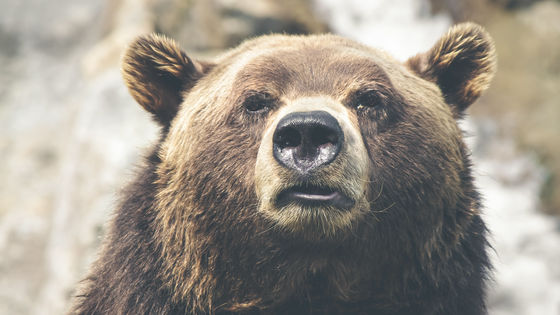 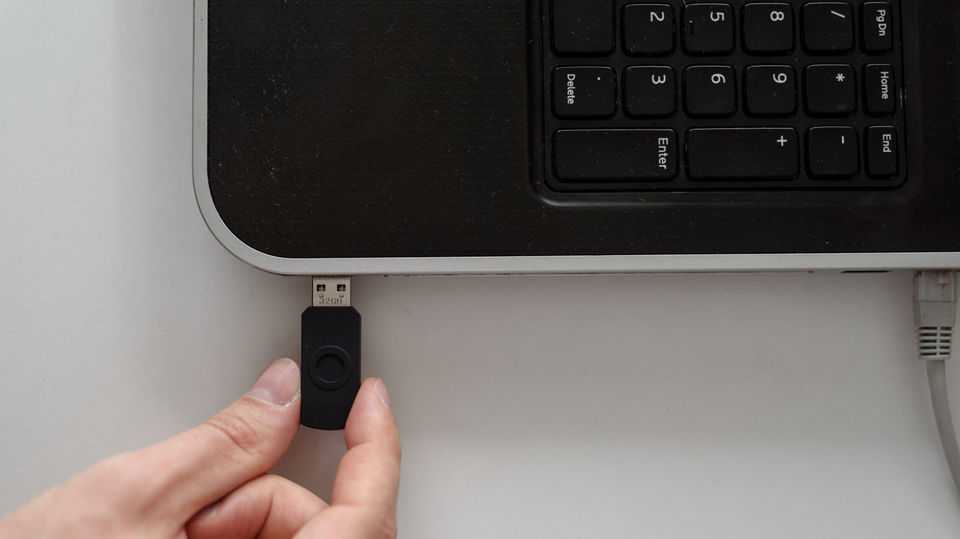 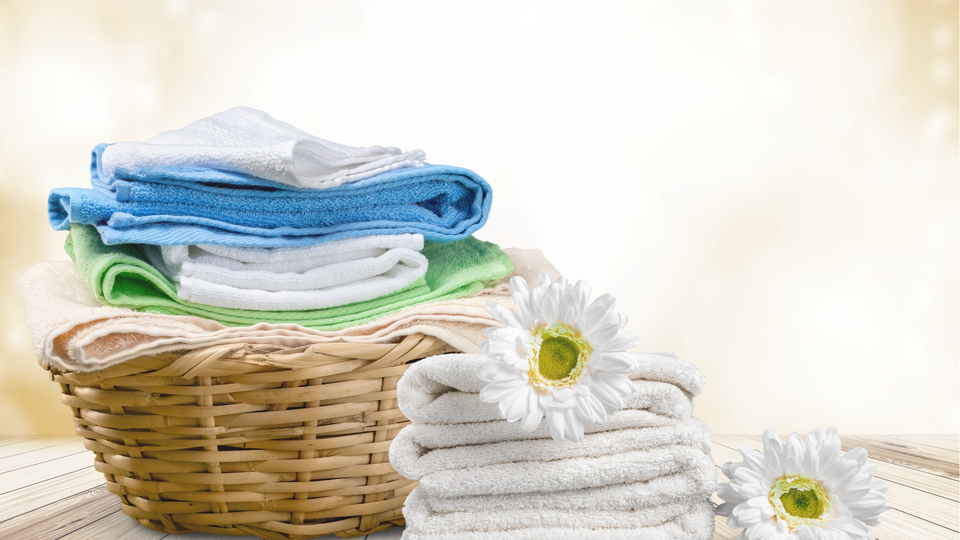 Eliminate the trouble of drying the room and smelling! 12 selections of useful laundry techniques and useful tools during the rainy season 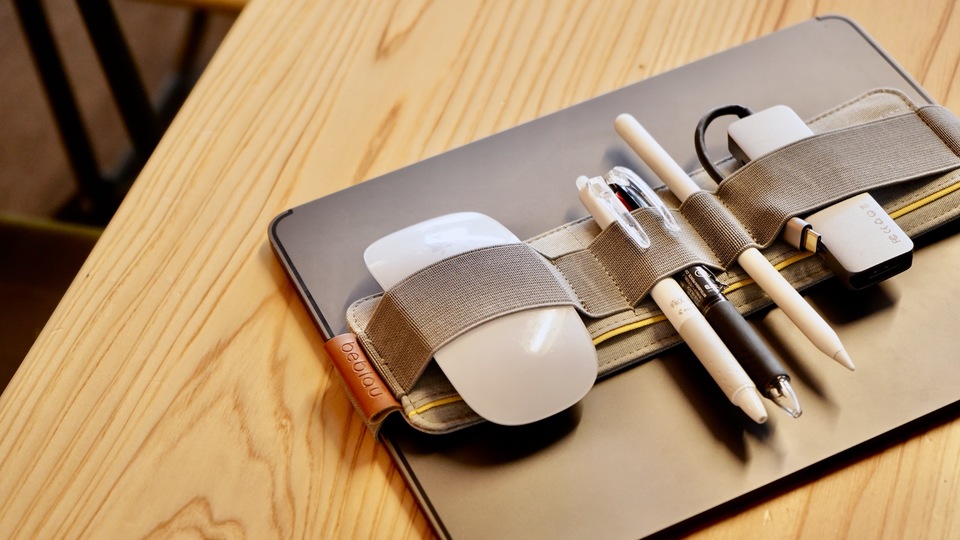 Telework recommended goods! I tried using “ beblau '' which can carry a notebook PC and peripheral devices together 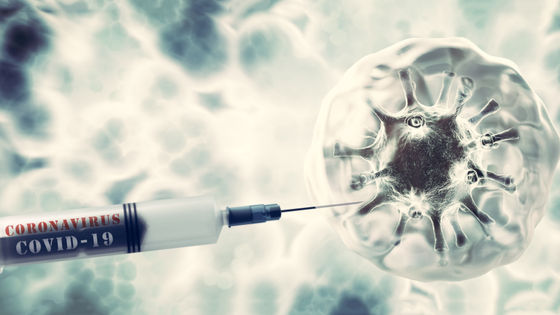