Apple announced the second-generation iPhone SE on April 15th. The announcement of the iPhone was always accompanied by events, but this time it was in the form of announcement on the web and advance online briefing for some presses.

First, let's take a look at the announced iPhone SE.

The hardware design is exactly the same as the iPhone 8. It has a 4.7-inch high color gamut compatible Retina HD display, a home button with a fingerprint sensor Touch ID, and one camera on the front and one on the back. Since the size etc. do not change from the iPhone 8, the case including the genuine iPhone 8 can be used as it is.

If you look closely, the pressure sensor was omitted from the display and changed to a tactile touch that recognizes long press. Characters such as "iPhone" have been removed from the back, and the Apple logo on the glass surface has been simplified.

The built-in technology is the focus of attention is the same A11 Bionic processor as the iPhone 11. 2.4 times the performance and 4 times the graphics compared to the predecessor iPhone SE. Compared to the iPhone 8, it reaches 1.8 times and 2 times respectively.

Beyond that, the evolution of ISP (Image Signal Processor) and the 8-core neural engine responsible for machine learning processing make it possible to comfortably execute applications that utilize AR and machine learning.

We could expect to use the A13 Bionic for the iPhone SE, which is priced from $ 399 (excluding tax in Japan, 44,800 yen), but the impact that has actually been realized should be very large. It could change the smartphone market dramatically.

Apple has developed its own A-series chip and is only using it on iPhones, iPads, and other products. Since it is not sold outside, it is possible to put the same high-end A13 Bionic into the low-end iPhone SE.

If you procure chips externally, like many Android smartphone makers, you'll have to use cheaper chips and cameras for lower-priced products. Even so, there was a situation where it was struggling to make a profit with low profits. In other words, Apple has realized what competing Androids can never do.

Of course, performance is not the only competition for smartphones. There are many viewpoints that determine good or bad such as price, camera, experience, app, brand. Given that the price "middle range" is fixed among them, Apple is more than a good fight in all other factors. Even if you look at it conservatively, you should rate it as "no enemy on the iPhone SE."

Raising the bar for smartphone experiences

Apple's introduction of the A13 Bionic on the iPhone SE will be reflected in the user experience.

For example, for the camera, the software is optimized for the combination of "A13 Bionic" and "single camera" realized only on iPhone SE, the realization of portrait mode on the front and rear cameras and the advanced level realized on iPhone 11 By optimizing the photos through detailed scene analysis, the quality will be comparable to that of higher-end models.

Also, the first time a low-priced iPhone is equipped with a neural engine, AR and machine learning applications can be made more sophisticated.

If we anticipate demand for transfer from the iPhone 6 / 6s, first-generation iPhone SE, or iPhone 7, the improvement in processor performance and camera performance is due to the high quality of the iPhone camera, AR experience, smartness through machine learning, etc. Will raise the standard of the theme that has become the topic of smartphones.

For example, whether you take a picture or take a video, it's recorded more beautifully than ever, and you'll be happy when you look back at your camera roll. You'll notice that Instagram photos have become more expressive and the camera has clearly changed.

For developers, augmenting the power of augmented reality with all ranges of iPhones will allow them to step into developing AR-enabled apps with peace of mind. The smartness of the iPhone SE's machine learning processing will prevent low-end smartphones from hindering app development, and will lead to an increase in AR-compatible apps.

As a result, with the introduction of the second-generation iPhone SE, not only the high-end but also the low-end and middle-range experiences will be noticeably raised, and the improvement of the iPhone or Apple brand for such users can be expected greatly.

The iPhone SE, which offers both an affordable price and an amazing experience, will appeal to users who are reluctant to say that "the latest iPhone is expensive."

It feels like a timely appearance in this situation

As a matter of fact, the stagnation of economic activity caused by the new coronavirus will lead to people's savings and savings as they become longer. Do not spend any money other than living expenses, or try to limit it as much as possible and extend the time you can endure.

Amid such a mindset, Apple packed the best experience for the iPhone SE, even if it was originally planned, is a very timely effort.

Also, if you are masked with anti-corona virus, you can not unlock with Face ID of face authentication, so it can be said that iPhone SE equipped with Touch ID of fingerprint authentication sells well.

If you're considering buying the iPhone XR, the iPhone SE is a bit annoying, but if you're only looking at the screen size, you'll probably want the iPhone SE. This is because the price is low, the performance is good, and it can be applied to masks. 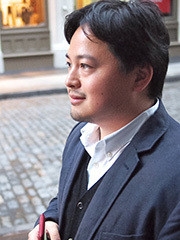 I put ingredients on 6P cheese and made "Toroppi-The" where you can enjoy insanely thick cheese !! | AppBank

Can I do wired / wireless charging on my iPhone at the same time?

This is the strongest summer drink! Watermelon squeeze 100% is too delicious! | AppBank

Up to 70% shock absorption with patented technology! Insoles to reduce foot fatigue | AppBank